Technology continues to evolve and envelop us at a rapid and what seems like an endless rate. Oftentimes, there are advances which we have no clue about or even understand what it means or how it’ll affect us, if at all. On a daily basis, it can be difficult to separate oneself from our perpetual connection to what rests in our pockets, at our fingertips, or a simple voice command away. But with the help of Ellie Manning and Michael Reale, they’re going to take us away from all this and on a trip to Isla Den. 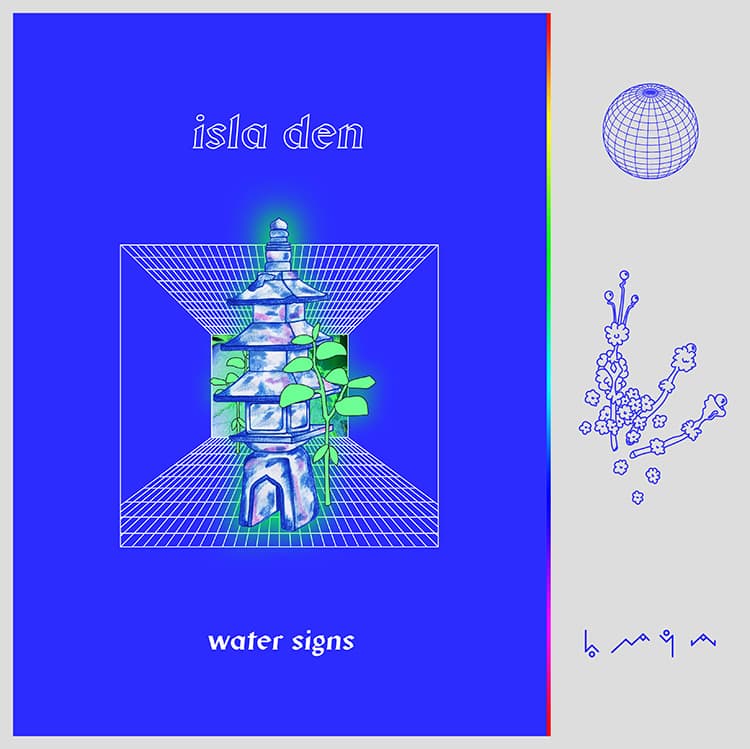 Influenced by technological connections and the natural elements that surround us, Isla Den’s debut EP, Water Signs, is a magical and dreamy project awash with naturalistic and nostalgic images. It begins with Manning welcoming us to Isla Den with a symphony of birds, chimes, and soft pads along the tranquil and fragrant shorelines. “Sunless” is like a gliding vessel with the secrets of sleeping memories until a tempo change brings a tropical wave of divine elements.

Sliced vocoded vocals and tender tides lap through a shifting prism of blue hues and the wistful tendrils of “Virtual Copy ii” before entering “Indigo League” – an ethereal and yearnful midpoint, like yelling into the bottomless azure where no voice can reach, no sound can be heard. Closer “xixi” ends the trip with rivulets of various sounds and notes, popping, contouring, and freckling in a ceaseless drift over the ocean’s mirror.

As Integrated Media students at Toronto’s OCAD University, Manning and Reale have included an 18-minute film that they made, as well as a risograph zine with illustrations from Manning and cassette and VHS copies of the EP. I not only had the pleasure to discuss “Water Signs” and more with them, but also premiere the entirety of the EP as well as the aforementioned visual component. With two EP’s due for release in the next year or so, get acquainted with Isla Den now, and the magically special “Water Signs”.

Tell me a bit about Isla Den and how you two came together.

Ellie: We started this project about two years ago. Making music together was a natural progression for us as artistic partners who collaborate frequently. We were drawn to the idea of an audio/visual project that was tied together by one cohesive narrative, which is Isla Den. Thematically, our music revolves around the emotional and physical implications of detaching from technology and learning to shape a new world around this. To us, Isla Den is its own world.

What was it that drew you to writing about detaching from technology?

Ellie: That’s a question we are still trying to answer for ourselves. On a personal level, we’ve both seen and felt how techno-culture can have both positive and negative impacts on personal wellbeing. It’s a fine line in this age of distraction. We find ourselves inspired by the moments when technology fades in to the background and becomes less important. There is something inherently valuable about that state of mind that is worth preserving. We find the idea of a generation rejecting technology and reclaiming nature to be very compelling and very relevant. It feels like the world is at a tipping point where we need to draw limitations and protect the naturalistic elements that surround us.

Michael: Other than that – we’ve always been drawn to films and video games that depict natural worlds. There is something sort of ironic about using technology to escape from it.

The proliferation of voice-enabled devices along with the increasing development of AI doesn’t really help, does it?

E: Definitely not. It wants to help though… I think? Maybe we should ask Siri.

M: I’m not looking forward to the first time Robocop busts me for j-walking. 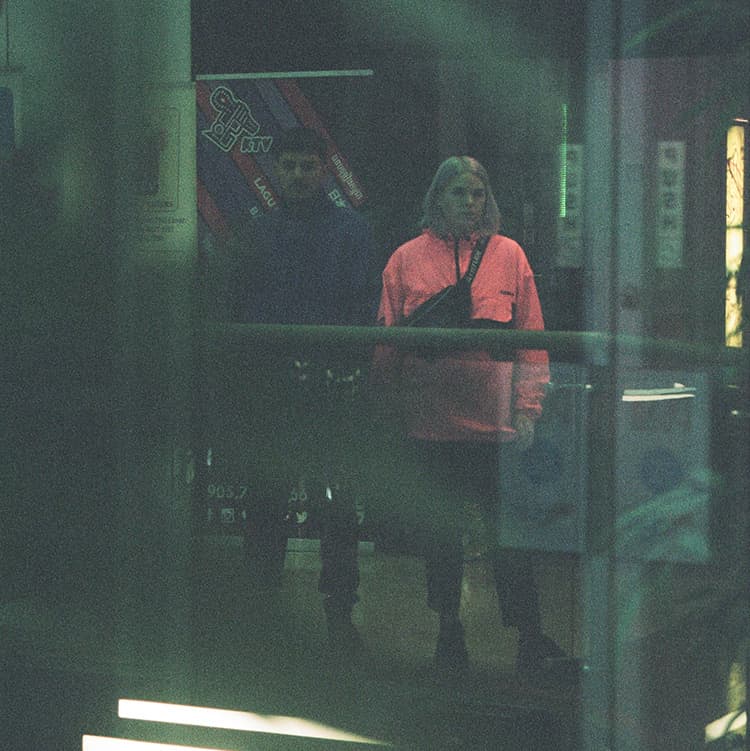 You’ve released several videos now, all of which emit nostalgic feelings. What was the creative process like?

E: It’s funny because the lo-fi, nostalgic vibe of our visuals was sort of unplanned. When we were recording the EP in California last May, our DSLR camera broke while were out shooting some video. Our limited budget led us to a used camera store in downtown Oakland to find a replacement, which ended up being a Sony Handycam from the late 90’s. It was the same camera my dad used to shoot our home movies on and it felt super intuitive, especially with the comfortable hand-strap and slow zoom. Hi8 footage has this fragmented style that we felt really aligned with our music.

M: We’ve been continually collecting more and more vintage electronics as we go. Our most recent pickup is a Panasonic WJ-AVE5 video mixer. The most exciting thing about an analog workflow is that it’s so fluid and unpredictable. There are so many variables and it can be tough to achieve the same result twice. Most of the time, it involves us spending hours on end in a dark room twisting knobs and pointing cameras at screens until something interesting happens. Where we’ve begun to focus is finding ways to bring analog footage back into a digital, 3D space. Something feels satisfying about creating imagery that speaks to both the past and present, while also hinting at the future. It mirrors our feelings about the technical processes behind the music as well. Analog and digital formats both have inherent strengths and weaknesses, so finding a happy medium feels the most natural.

I guess the DSLR breaking worked in your favour! Speaking of analog, you’re releasing the EP on cassette and VHS. Cassette sales have risen over the last year along with vinyl – do you have extensive tape collections yourselves?

M: Our vinyl collections are the deepest, whereas we’re still building our tape libraries. Currently, we’ve been more focused on collecting the work of friends and archiving our own field recordings and improvised ideas. It’s such an easy, immediate, and accessible format to instantly create work with. The costs associated also make it a really fun DIY format. We’re lucky to live a few doors down from The Dupe Shop in Toronto which serves as a great hub for this sort of thing. They have a huge collection of new and old tapes, as well as all the materials necessary to make your own. Everyone there is really nice, cares about what they do, and does a lot to support the local music community.

Aside from Dupe, what are some of your other favourite local spots?

M: Lately, we’ve been hanging with Quentin at Vide Press – he did all the risograph printing for our release. He’s great at what he does and is a really nice person. Going back a few years, the first few shows we ever played were at Dundas Video. They gave us a forum to experiment with our sound and the retro gaming vibe there is special. Other than that, Pho Linh is a food favourite – good prices and the spring rolls are magic.

E: We love it too. We’re Nintendo junkies. The first show we played there we were live-scoring Ocarina of Time.

How has Toronto shaped your music taste and creative process?

E: One of the things that I think makes Toronto particularly inspiring is the diversity – there seems to be a place for everyone and everything, even if it only exists within a small obscure niche. It feels really important to seek out your peers and try to build out communities from there, despite the fact that it can be challenging at times. This project wouldn’t exist if it weren’t for the people around us who are supportive and always open to collaboration. We’re both studying Integrated Media at OCAD – and that’s been a huge influence in terms of being exposed to lots of different forms of creativity. There are so many ideas circulating in that school and it’s been a great environment for us to experiment and work with peers. We’re always excited by events/spaces/people in the city that encourage sonic and visual exploration and fluidity between genres.

M: Equally influential have been the connections we’ve formed remotely through the internet and through our travels. Our experiences recording at Tiny Telephone in California with our friend and engineer, Beau Sorenson, were key to developing our outlook. We started talking to Beau over email years before we met in person and it’s developed in to a really great collaborative friendship. We also spent three weeks in Banff doing a music residency and the serenity of the mountains and forests was really special, as were the artists we met and worked with there. Many similar relationships with people in Toronto have started online. So it’s funny when contemplating this weird relationship we all have with the internet. Even though it can distance us at times, it also makes it easier to break the ice and form human connections in your own city. That’s easily the single most powerful part of the internet – connecting people, in real time, anywhere. Typically, I think we both feel the best music and art, and many of the best things in life in general, borrow some influence from all corners of the world.

M: Overall, these songs all stayed pretty true to their demos. We built upon them over the course of about a year, writing new parts and letting them evolve slowly – but the core of the original ideas always remained intact. The song that had the most interesting process was the closing track – “xixi”. We had an hour of studio time left at Tiny Telephone and wanted to create something improvised. The track is built around a drum machine loop, Rhodes electric piano, OP-1 samples of our song “Sunless”, and a synth called the Prophet VS. It was recorded live off the floor, save for a few overdubs and some editing. Ellie and I were playing the Rhodes together while Beau was manipulating what we played in real time using a vintage outboard delay by AMS. That particular song feels special to us because of how organic the process was.

Speaking of which, what is a “xixi”?

M: There’s a percussion instrument called a “caxixi” – we resampled one we had recorded with and named the new sample, “xixi”. That sample didn’t actually make it into that specific song, but the name resonated. The Roman numeral vibe about it also seemed to speak to the thematics of the track.

When did you realize the EP was finished?

E: We had been planning to release a four-song EP, but there was a feeling of needing to bridge the gap in the middle of the track listing. We wanted the songs to become increasingly relaxed as the record progressed – so we decided to add ‘Virtual Copy ii” at the last minute and it felt like the missing piece we needed. It was written this past summer and recorded in December with Beau at Tiny Telephone. Our very talented friend Mike Brandolino (Valley) was able to jump in and mix it on a tight schedule just in time for us to add it to the release. Water Signs is the first of a set of three EPs planned for release this year and each one has a distinct sound and lyrical theme – so that has helped us organize which song belongs to which release and how the music will flow overall.

The most important question is – what’s the best Death Cab for Cutie album?

E: For both of us, it’s definitely a hard tie between “Transatlanticism” and “Plans”. They are both so important to us in their own ways and we wouldn’t be making music if it weren’t for those records.

If you had to summarize “Water Signs” in one sentence, it would be…

E: We want to thank you for taking the time to talk to us about our music. Heading back to Isla Den now… we’ll have new music this summer! 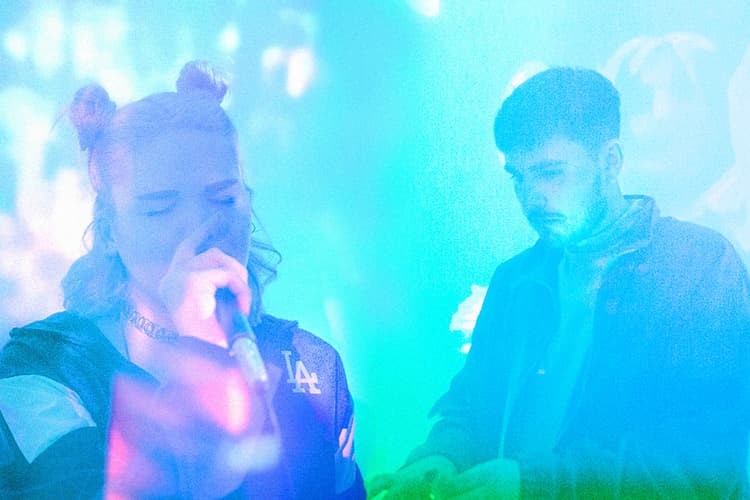