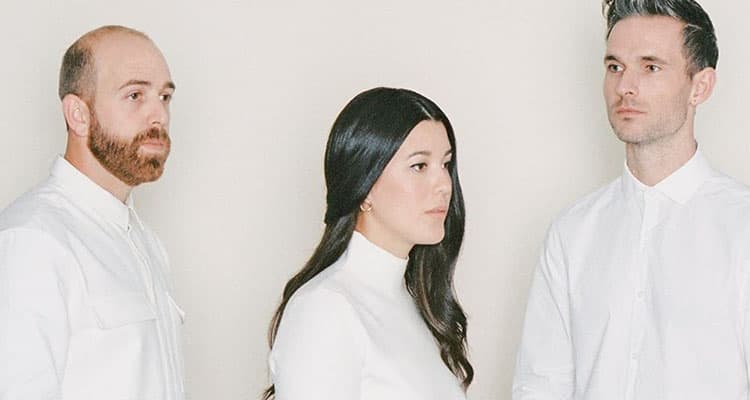 Said The Whale Release Blissful Pop “Step Into The Darkness”

Previously a five piece, Vancouver’s Said The Whale (Tyler Bancroft, Ben Worcester, Jaycelyn Brown) are prepping for the release their new album, As Long As Your Eyes Are Wide, due for March 31, and with it comes Step Into The Darkness.

Inspired by Worcester and his girlfriend of six years breaking up, Step Into The Darkness “is me reaching out to comfort my love, reassuring her that she is safe and despite the immense sadness and feeling of loss, perhaps good things will come. We got back together shortly thereafter,” explained Worcester. Instead of a tale of deep sorrow and self-immolation is a focused song with all the marks of a pop hit. No darkness casts its shadow here as the infectious uplifting rhythm soars and builds into jubilant gang vocals with animated electric eels that sweep across a star flared sky of electro-pop harmonies and an anthemic hook. This is pure pop bliss.

Said The Whale is set to hit the road later this month with a stop in Toronto March 31.