On William Wild’s recently released major-label debut, ‘Push Ups’, the Knoxville-based artist journey’s through a period of existential crisis and a shift in perspective. This shift is on display on single Wound Up (alt.) as William Wild confronts who he’s become. With irresistible vocals and lush folk-pop arrangements, he recognizes a multitude of changes and attempts to avoid waking up one day and shrugging it away.

William Wild now brings us the first look at the video for Wound Up (alt.) featuring himself in a collection of scenes in his hometown. Watch it right here and read what he had to say about the offbeat visuals and more.

In most of the new videos, we have been creating different characters. In this one we wanted the character to be more “urban.” There also was zero budget for this video and that was very inspiring, we borrowed a camera and basically drive around my hometown visiting spots I used to frequent.

For me, the song has a nostalgic character. A little bit like youth; it’s there and then it’s gone. The locations and shots are very nostalgic for me because they are places I grew up hanging out at and/or getting into trouble at. The first couple of images with the stones and diamonds are there to symbolize the purity of youth and good intentions. The next shot is the character then walking down the street looking behind himself through a mirror as if to look back on the beautiful experience of being a child. This type of theme continues through the whole video until we get to the end with the character standing upon some ancient stones. What even happens at the end? 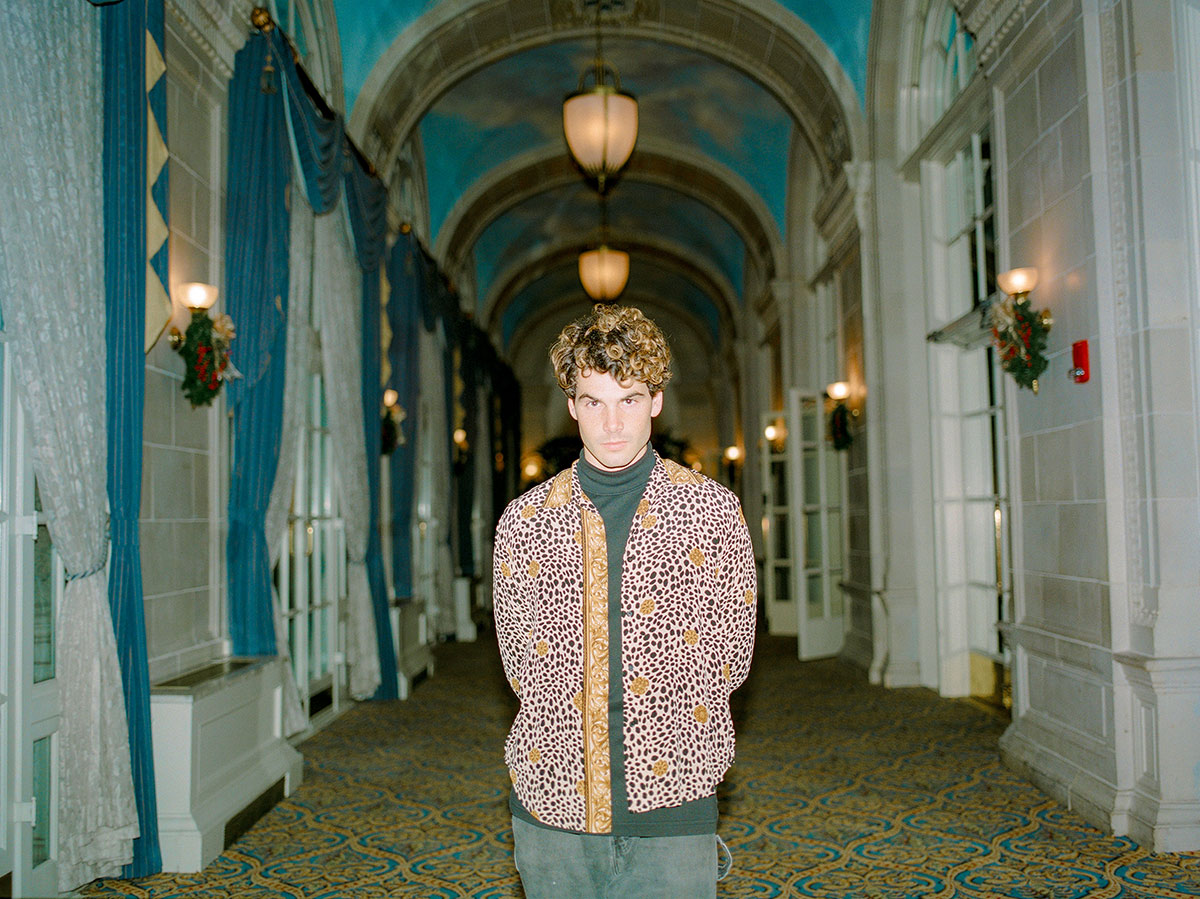 I have been making all my videos with my friend and fellow musician Dave Dune. We can sometimes enter into a creative flow and anytime we do, the things we make are incredible. Making this specific video with him was particularly stress-free and natural and it’s one of my favorites for that reason.

At one point we were shooting something that involved a large mirror right in front of my house. I needed something to prop the mirror up with so I grabbed a big speaker from inside my house and it worked great. Went inside for 1 minute to take a bathroom break and someone had stolen the speaker! boo!!!!

It would never work, but ‘The Sandlot’. Maybe this song would kind of work. But then again I wouldn’t want to mess up the movie. Geeze, I don’t know. That movie formed my childhood.

Assuming quarantine life ends soon, what do you have planned for this year that you can let us in on?

I have a good amount of late summer/fall shows that have yet to be announced. Fingers crossed those happen! I’m making a lot of music right now and plan to do some recording in the summer. If it’s safe, I’m also hoping to get the hell out of town this summer and go somewhere new for a while.