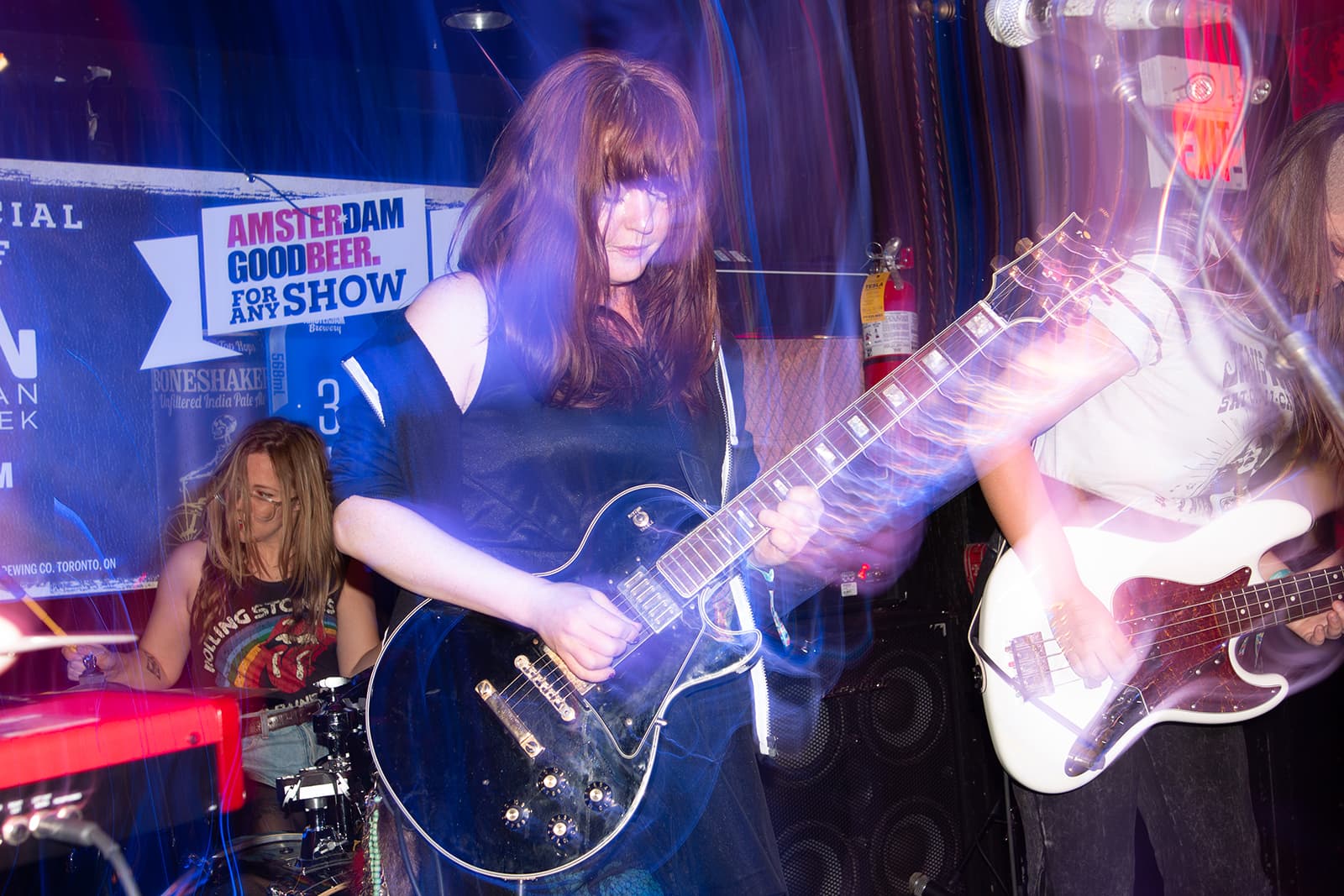 All Hands on Jane Releases Raucous “Get Loved” And Hit CMW

All Hands on Jane (AHOJ) is a raw, raging, and raucous rock n’ roll band coming to you from Calgary AB, and features four female musicians with Teri Wagner on vocals and guitar, Kaitlin Gibson on key, theremin, and vocals, drummer and vocalist Tess Graham, and their new bassist and vocalist, Mackenzie Meding.

AHOJ recently released their new single from their upcoming album, Get Loved, on June 1, revving fans up with a fresh track of sludgy, speed-warped sound. Prepare to be immediately hooked as Wagner wails “we will never die”, the band pours out high-paced guitar rhythm and drums, and concluding with a harmony that rounds the song off, demonstrating AHOJ’s powerful sense of unity on the frontlines of Calgary’s bustling music scene.

The new EP will be the third for AHOJ, following their most recent, “Sorry I Set you on Fire”, in 2016. With help from The Sound Priory Recording Studio, the band has worked hard to go even harder and faster in their upcoming album. “We are going into a heavy, dirtier direction,” Wagner says. “The keys are a new direction for us and we are learning how to write it as a strength and not write it as a background instrument.”

Even while working on their album, AHOJ has been busy playing live shows and were one of the bands at Canadian Music Week (CMW) last month. The band rocked a packed bar at Cherry Cola’s in Toronto, playing many of their classics including “Whiskey in the Winter”, “Blackout Beach”, and even a cover of Love Buzz by Shocking Blue and also a popular cover by Nirvana. 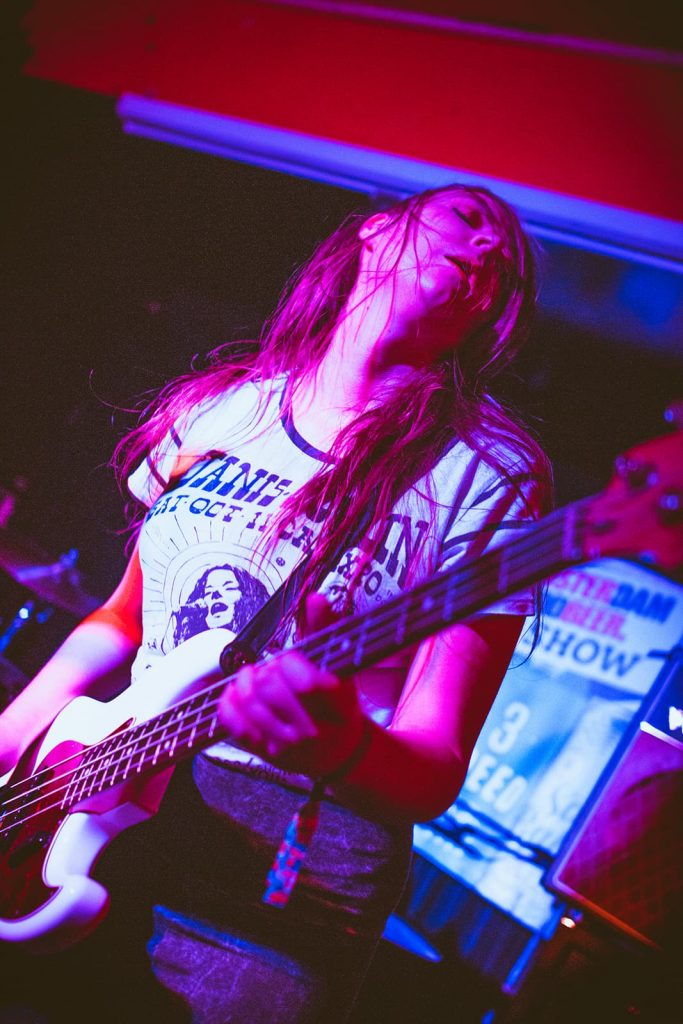 “It feels like I won the lottery being at CMW. I’ve had an easy time talking to people,” Meding says.“Everyone is supportive and you can get to know people pretty quick.” AHOJ also made it to the CMW conferences, which is an important networking tool for Canadian bands to learn about grant applications, meet the buyers and much more.

AHOJ was proud to represent Calgary at CMW, a city that has a bustling local music scene in the rolling prairies. “We have a great community of artists and musicians in Calgary. It is really blossoming. Everybody wants everybody to succeed,” Graham says. “A lot of the bands in the city also differ in style. The Ashley Hundred are a great band and we play with them, but our styles are very different, which works.” AHOJ consists of musicians leading the charge to help create a strong music community in Calgary that represents a multiplicity of sound and style. 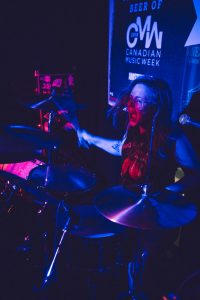 The music festival, Frogfest, happening on Canada Day weekend is a hub for western bands and AHOJ is a huge supporter.  They headlined last year and proudly contribute to this amazing festival of bands, artists, avid music fans, and crafters in Alberta.

AHOJ is a powerful example of strong hardcore musicianship and true dedication to the growing music scene in Calgary, which reflects their mantra, “All girls, all guts, all your beer,” and as Wagner explains, “I just thought it was funny and aggressive. It is how we roll.”