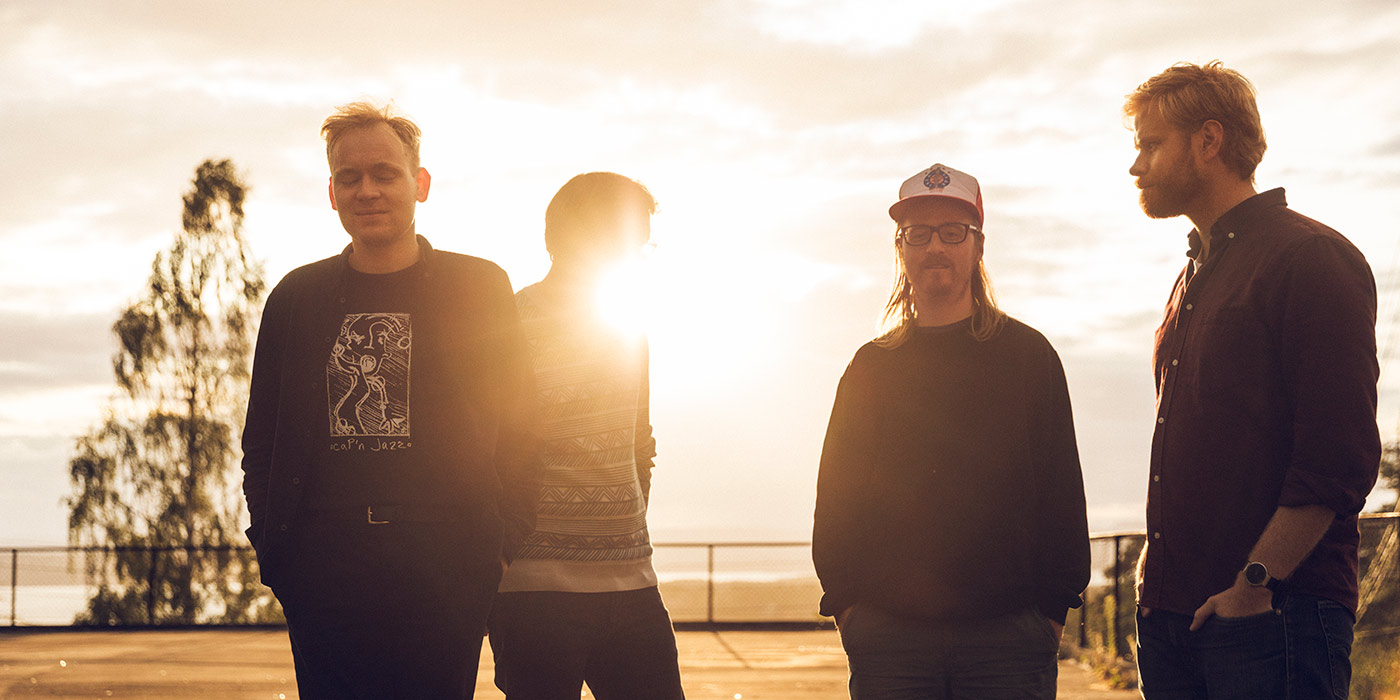 You could say The Slow Painters’ 2020 self-titled debut album was 16 years in the making. Andreas W. H. Lindvåg (vocals, guitar), Simen Breen (guitar, vocals), Paal Brevik Wangsness (bass), and Øyvind Bersvendsen (drums, percussion, vocals) originally formed during the end of brit-pop while living in Oslo but a spate of detours, fears, other projects, and more would derail the band. In the autumn of 2017, the band reformed and began recording at The Little Hands of Asphalt record studio.

The result is 10 tracks that serve as a testament to lost opportunities and outsider pop that The Slow Painters couldn’t let go of. Throughout, there’s a nervous rattle with vocals that quiver like shards of glass reminiscing on old loves, acquaintances, and the space between people.

Having just celebrated its 6 month anniversary on February 28, Andreas offered a track-by-track rundown of the band’s killer slice of noise-rock. Listen and read below. 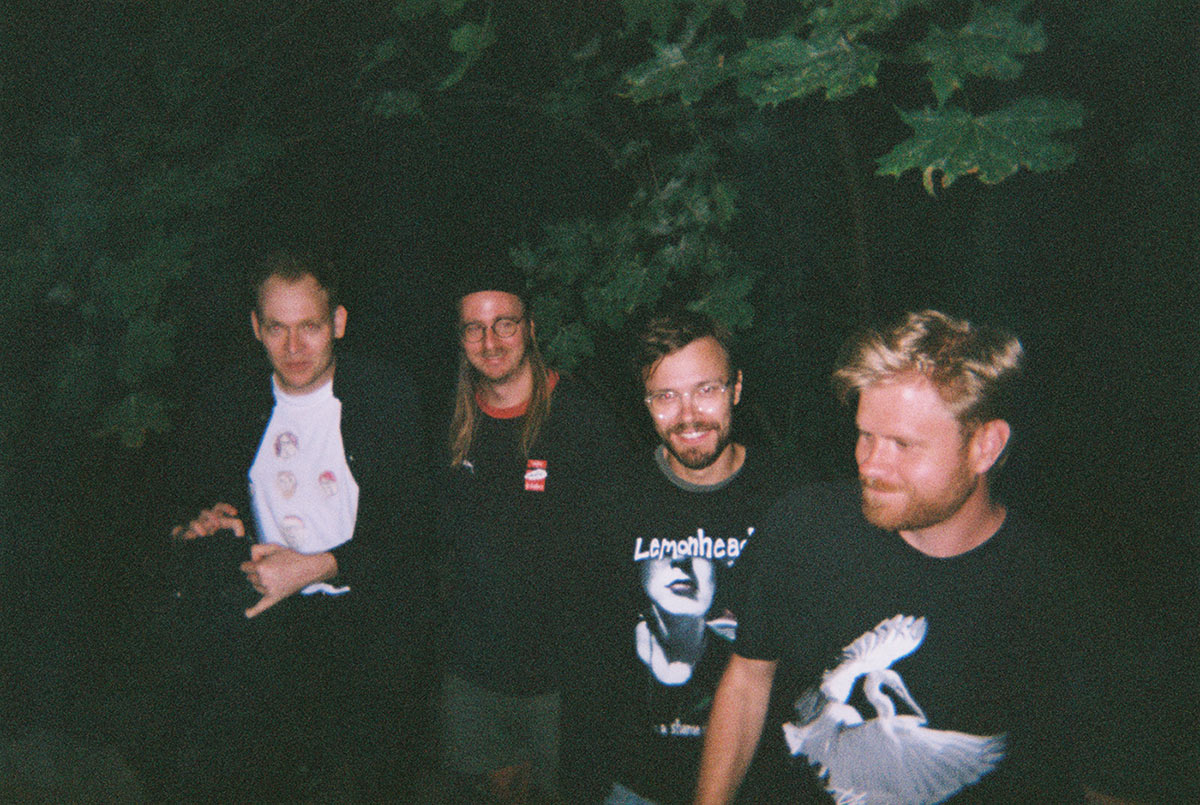 Most of Egon was written way back in 2004/2005, when we were in our final year at high school. It started with a rough version of the guitar riff that opens the first verse. I remember recording it on my mum’s microcassette dictaphone, then coming up with the chords. That riff was very much inspired by The Coral, I think, and the chorus by Mando Diao’s «Welcome home Luc Robitaille».

I had a replica of a self-portrait by Egon Schiele hanging in my bedroom at the time, where he has this wry, self-mocking expression, which I picked up on in the lyrics. Come to think of it, my room looked out on an old house where Edward Munch used to stay and paint in the late 1800s, so the tune is kind of steeped in painters.

The slower and more quiet second verse was written a year or two later on, I think, but a lot of components were there early on, like Simen’s little riff in the chorus and the vocal harmonies.

Eva, who I mention in the first verse, was an old family friend – a tiny, old lady with a steamroller personality, prone to monologues and digressions. She used to take me to listen to classical music when I was young. I remember liking the chamber stuff, but falling asleep in the first half of most of the symphonies (to her great, and very vocal, embarrassment). Her favourite was Mahler, I think, which basically translates to «painter» in Norwegian. So there!

Eva died a few years ago, sadly. I miss visiting her in her apartment, which was like a time capsule from the 60s and 70s.

What I Miss the Most

This one was written in 2008-2010, like all the songs on our album except “Egon”. I was studying at the uni in our hometown, Oslo, spending time at the student radio station, Radio Nova, and working at a record store. My musical taste was expanding rapidly from our folky britpop and rock revival roots. I was trying to achieve a more fluid, distorted guitar sound at the time, which you can hear on “No Teens” and “C#” as well.

I like the way it turned out on the album, which we recorded in 2017 and 2018. It was our producer Sjur Lyseid’s idea to have the vocals clean on this one – «just some guy singing/talking», was the phrase he used I think – and the drums a bit «woody». We talked him into adding a lot of reverb on the snare drum in the instrumental chorus, which I think turned out well. Simen’s feedback guitar is also a treat, I think.

There’s no real life story behind the lyrics, I’m afraid. But “Audrey” was loosely based on an acquaintance, now friend, of mine. I’ve later realized she’s not at all like the character in the song, who’s kind of a bystander in her own life, haha! Where I lived and my life at the time still filters through in the lyrics in some very specific ways, though. Like the old «Good Companion Model T» typewriter, which stood on my desk, or the line I nicked from Guided By Voices’ “Shocker In Gloomtown”.

Our friend Lisa Pliassova sang part of the backing vocals. She’s since moved away, and now runs an ecological farm up in arctic Lofoten, which looks lovely.

There was a time when we considered changing our name. I think it was because The Slow Painters didn’t sound so good in Norwenglish. “Andy & The Androids” was a name my father jokingly suggested. I quite liked it. He’s from Liverpool and came of age in the late 60’s, when there were loads of great names (and looks) floating around. One of my favourites is The Undertakers, who apparently used to show up to gigs in a hearse.

Melodically “Andy & The Androids” is inspired by a deep cut by another scouse band, The La’s “I Am the Key”. The song is about playing in a nobody band.

Another song where my typewriter makes a guest appearance. “Parklights” is very much inspired by the view from my room in the flat I shared with some friends in the late noughties. It had windows in three directions, overlooking a small park. It was Xmas, there were lights, you get the rest.

The track was one of the more difficult ones to get right on the album. We felt that it lacked something «more», but were uncertain about exactly what. Things fell into place when producer Sjur tried playing around with an old echo machine while Simen was recording his guitar part. I remember we sat on a sofa listening to it afterwards and were all quite floored by the result. That was probably one of the biggest breakthrough moments for us in the recording process, and we used the trick on “C” and “Gloria” as well.

Very stream of consciousness. No idea what this song is about. I just remember it starting with an image of someone (me?) lying on the floor in my room and the city at night quite literally flowing in through the windows.

Back in the day, I was a bit skeptical of “The Happy Murdered”, as I found Simen’s guitar too U2. But over the years it became less U2 and more influenced by bands like American Football and Carissa’s Wierd. It’s even more so when we play it now than on the record. Recording turned out to be a way of speeding up the process of figuring out our sound.

Probably the song we had the most trouble with and worked the most on in the studio. Simen felt that we lacked a proper lead guitar part in the verse and he was right. Sjur lent him a Rickenbacker, and suggested he try adding a capo, to see if something came to him. And it did. That chorusy, Johnny Marr-like hook is one of our favourite things on the record.

We also had a hard time nailing the intro, but are glad we kept it. The synth-sounding instrument is actually a harmonium, which Sjur played.

“About the Holidays” is about two people and the space that’s in-between.

A noise rock song about feeling like you’ve missed out on your teens, with lyrics that kind of prove that you haven’t.

“Gloria” is kind of a pastiche. Simen came to rehearsal with this guitar riff (the one that opens the song) and I just started singing “Gloria, going wrong”. The recorded version is really cool sounding, I think.

I like how the song is catchy and straightforward, but doesn’t adhere to anything resembling a normal verse/chorus pattern. Like “The Happy Murdered” it has a really long outro. It’s one of the few things on the record that is entirely the result of us spending hours on end jamming in our rehearsal space back in the day.

“C#” started as a song about someone I was in love with, but quickly detached itself from that particular story. Still, the lyrics reflect something of that starting point, I think. We used a lot of time figuring out the vocal sound, which is quite effect-heavy. There’s also lap steel guitar here, drenched in echo.

Another one we were uncertain about, but which turned out much better than we thought. Sjur wrote the gorgeous string arrangement. Karl-Joakim Wisløff played viola and violin.

“Drum & Snare” is about feeling like something is about to end. Maybe also about how every little thing can become amplified when you’re head over heels in love. It’s a naive, but earnest song.

The spoken word bit at the end consists of fragments from a recording of “The Journal of a Disappointed Man” by W.N.P. Barbellion. You really should read it. 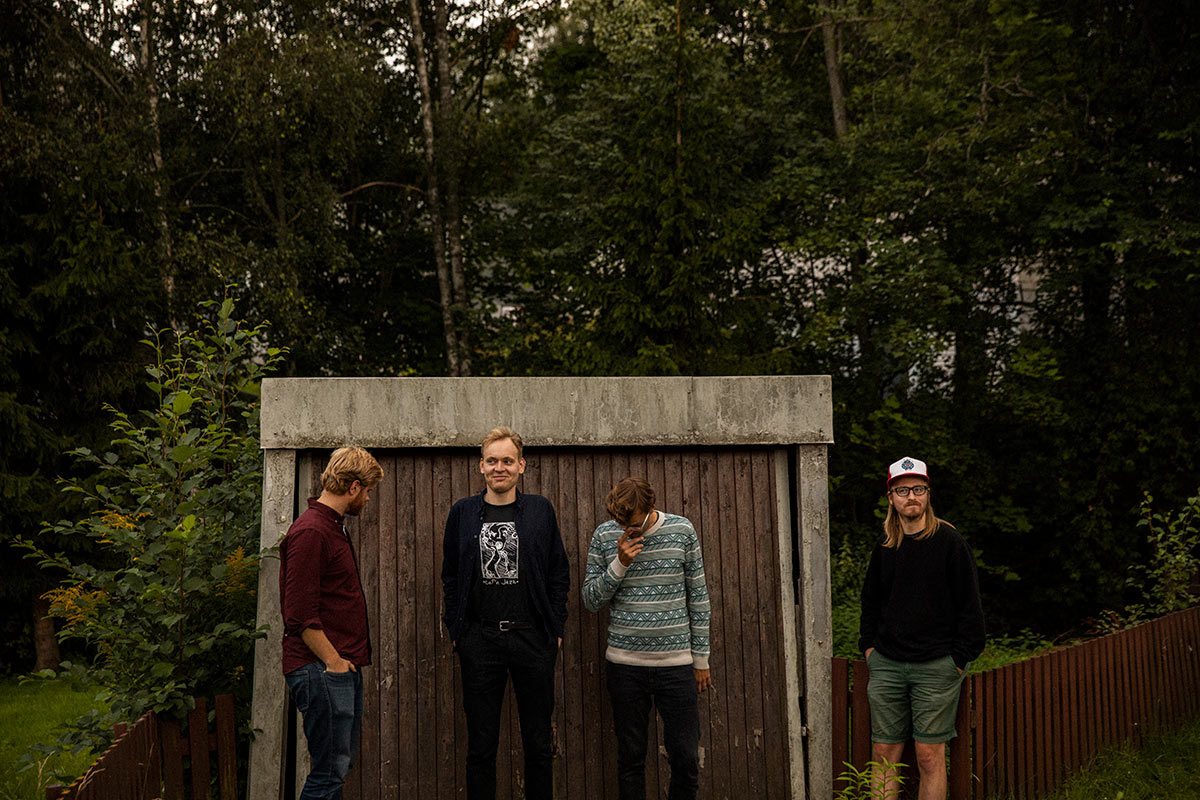