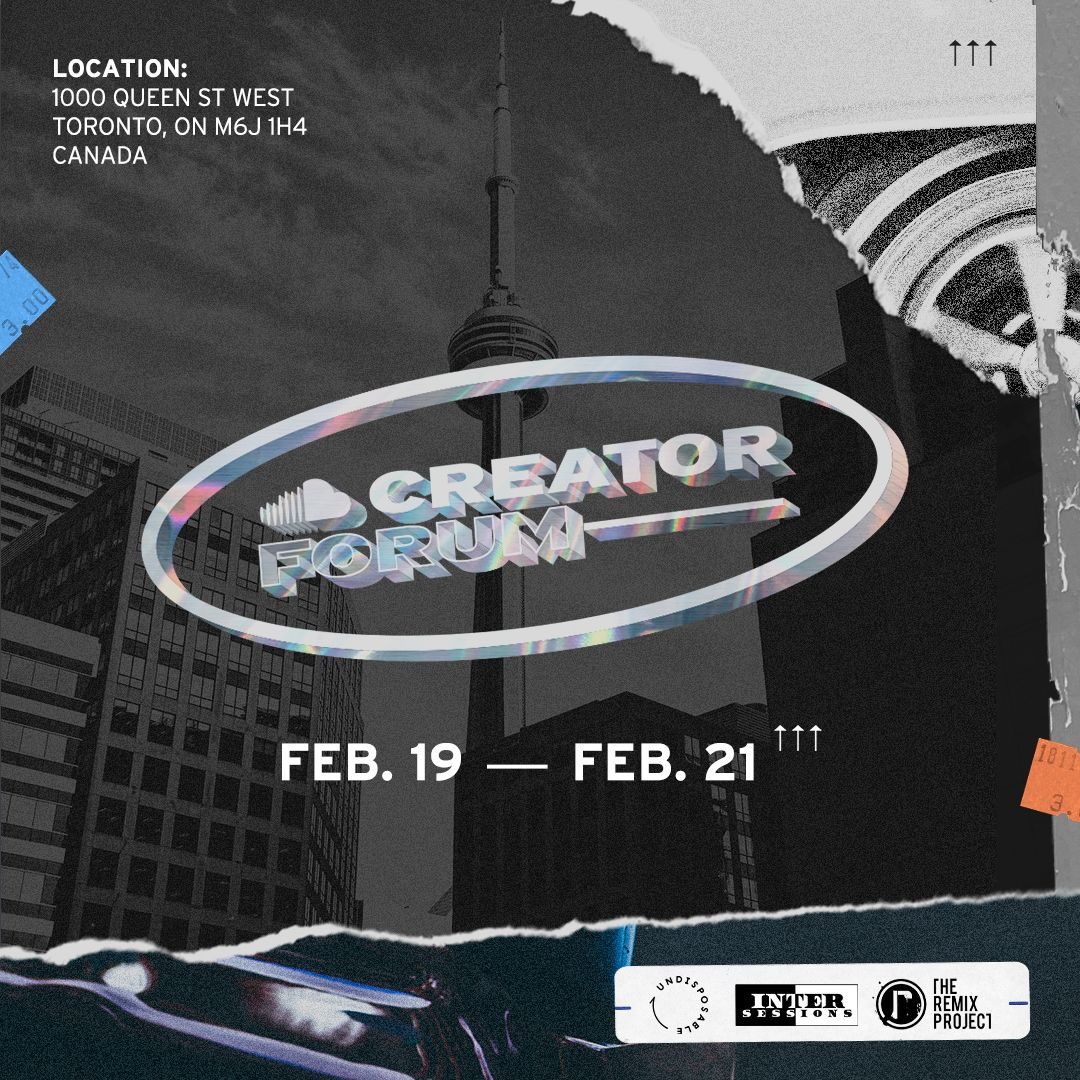 SoundCloud is headed to Toronto from February 19th to the 21st to host their Creator Forum – an experiential platform of events for creators and artists featuring three days of panels, creative workshops, demo sessions, a live music showcase and more.

The Toronto edition of the forum follows recent forums in Atlanta, Amsterdam and Miami and is focused on helping creators build their brand, in partnership with The Remix Project and Undisposablee. Events include artist and industry-led panels on building and growing a career in and outside of Canada, a DJ workshop in collaboration with Chippy Nonstop’s Intersessions and much more. It all wraps with a musical blow-out – an R&B showcase featuring some of the hottest emerging Toronto talent and after-party. All programming reflects SoundCloud’s mission to empower creators to take their career to the next level and push music culture forward. The full programming lineup is available here.

And be sure to catch up on some of the city’s rap scene with this recent feature from SoundCloud.

“Despite boasting a homegrown superstar with more hits than the Beatles in #Drake, #Toronto still isn’t widely known for its rap scene.”

Read on about @andrewmatson‘s take in our latest SCENE TO WATCH: TORONTO RAP. 👀