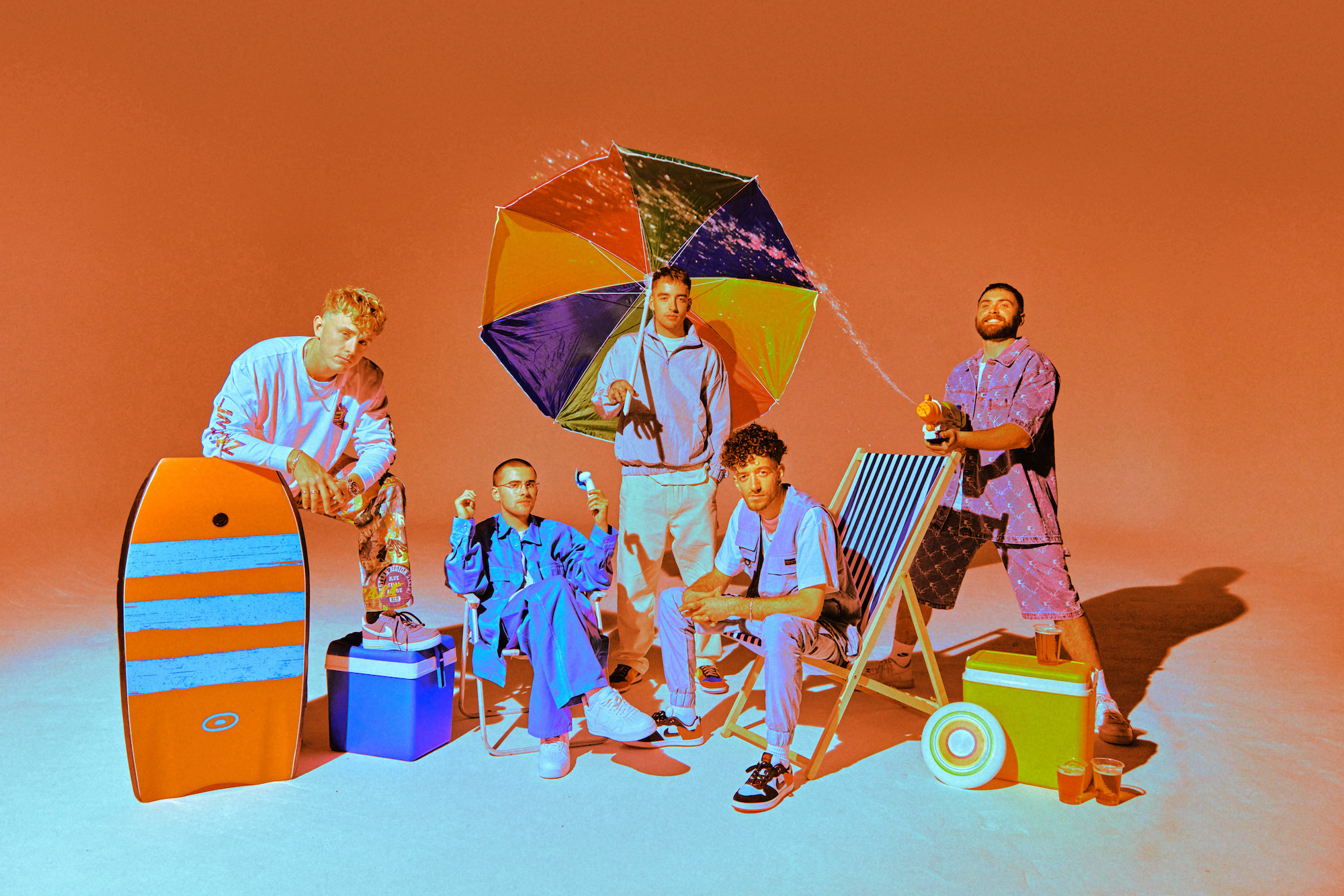 The Leicester band has recently released their debut album ‘Life’s A Beach’ back on May 28th. They also made a television debut in the United States on Jimmy Kimmel Live to perform the single ‘Skeletons’ from the album. They are celebrating the new release with a special performance show in Blitz, Preston, on July 25th, providing a signing session with fans afterward.

Easy Life excels exponentially at combining the hard and soft together, with witty lyrics and funny song titles. They somehow insert moments of introspection and tackle mental health issues while creating a sense of calm. Take, for instance, the song ‘Wet Weekend’ and its lyrics: 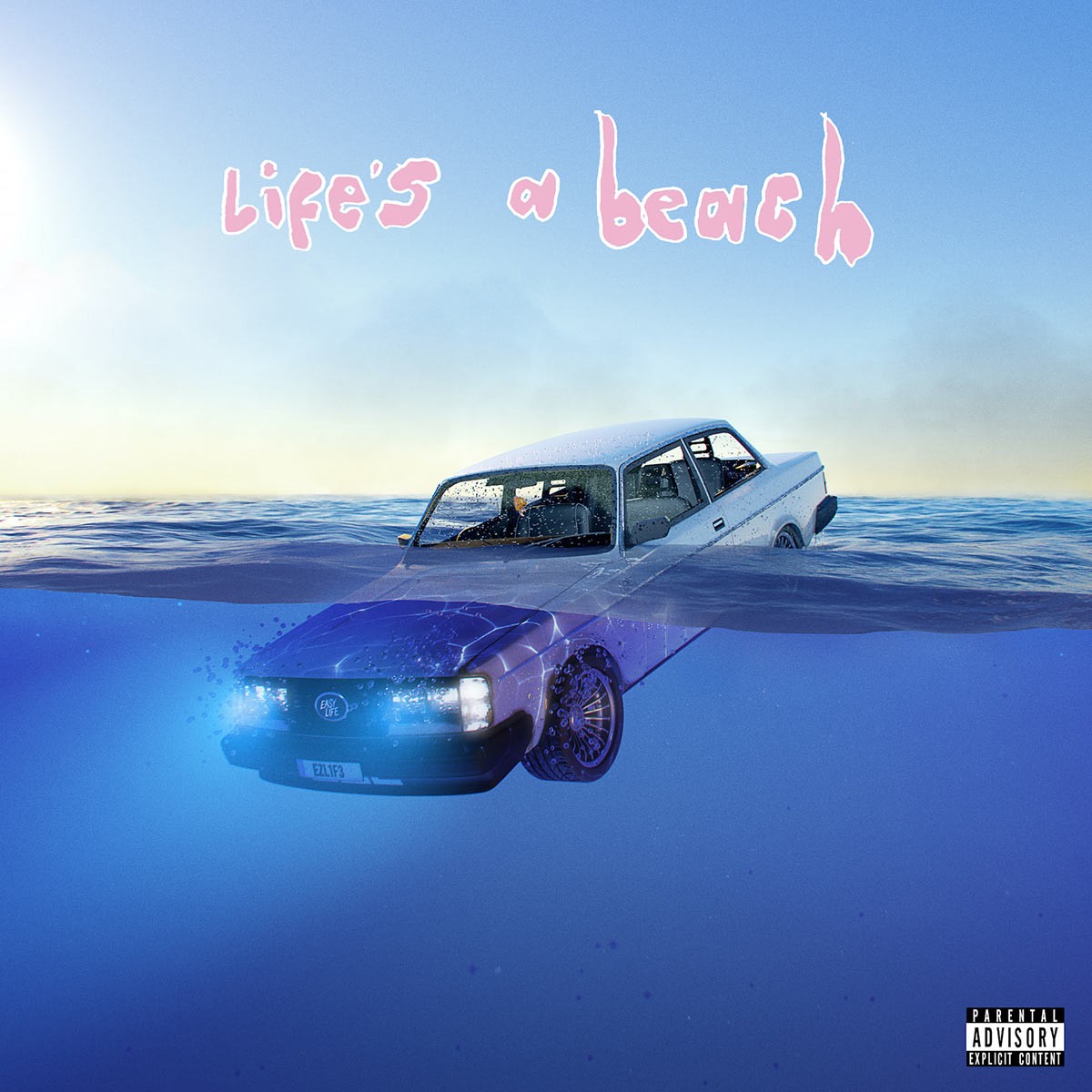 The album cover for ‘Life’s a Beach’ features a car starting to sink in the water, technically still “staying afloat,” as the older song Wet Weekend’s lyrics suggest. It is contemplative for listeners, begging the question of whether or not to continue to look on the bright side and hope the car won’t go under, or if it is totally out of commission.

The album’s initial idea stemmed from the group’s love of the British seaside since many of the group felt that they all never were close enough to the beautiful waters growing up. However, the album ended up becoming so much more than an aspiration. It wouldn’t be surprising if Easy Life got picked up quickly through professional music licensing, and we hear these lyrics featured in post-pandemic advertisements and films.

Matravers, the group’s frontman stated in an interview about the album that, “The band has become something bigger than any of us wanted it to be – it’s enabled us to live and connect with the people in the present.” The connection that they’ve created has most certainly grown, playing on Coachella and collaborating with the infamous Arlo Parks.

Throughout the album, you can pick out the celebration in party-pop-sounding songs like ‘Skeletons’ and ‘Have a Great Day,’ as well as some of the chaos within the theme ‘Music To Walk Home To’. There are those moments of reflection and sadness that are heard across the latter part of the album, touching on real issues like anxiety heard in the song ‘Nightmares’ and some of the hope and longing heard within ‘Daydreams.’

Ultimately this album, created during the global pandemic, was a testament to everyone out there who just wants to have a good time again and get things back to normal; or in a sense, get back to that ‘easy life.’

Matravers said that being bored at home during lockdown helped breed his creativity and kept him “writing music constantly.” The song ‘Daydreams’ was directly inspired by the government lockdown across the UK and how everyone felt bored, hopeful, and drank a lot.

The songs create a sense of uncertainty but also a sense of calm. In particular, there is one song entitled ‘Homesickness’ that brings together the group’s creativity of combining both wit and romance. The lyrics demonstrate missing what is simple and missing when relationships were easier:

You turn me on like Nintendo
If I could catch the moon and stars and pull them closer for you, I would.

The lyrics right here suggest that there can still be humor within the sadness of the reality of problems people face, which is an authentic tribute to this band’s clever use of their music and lyrics. Many of us out there deal with our issues that way, finding the funny and making everything okay again.

Matravers has also stated that, “It’s difficult to be real with people if you’re cripplingly insecure and anxious, it’s hard to be the best version of yourself. In music, I’m just like, yeah, I’m having the best time.” He directly correlates that his music is a tool and outlet to release all of that frustration and anxiousness built up while continuing to instill the message that we are all here for a good time.

It never is genuinely an “easy life,” but somehow it goes on, and we all have to wade our way through the water with the hope of staying afloat and eventually come back up again.