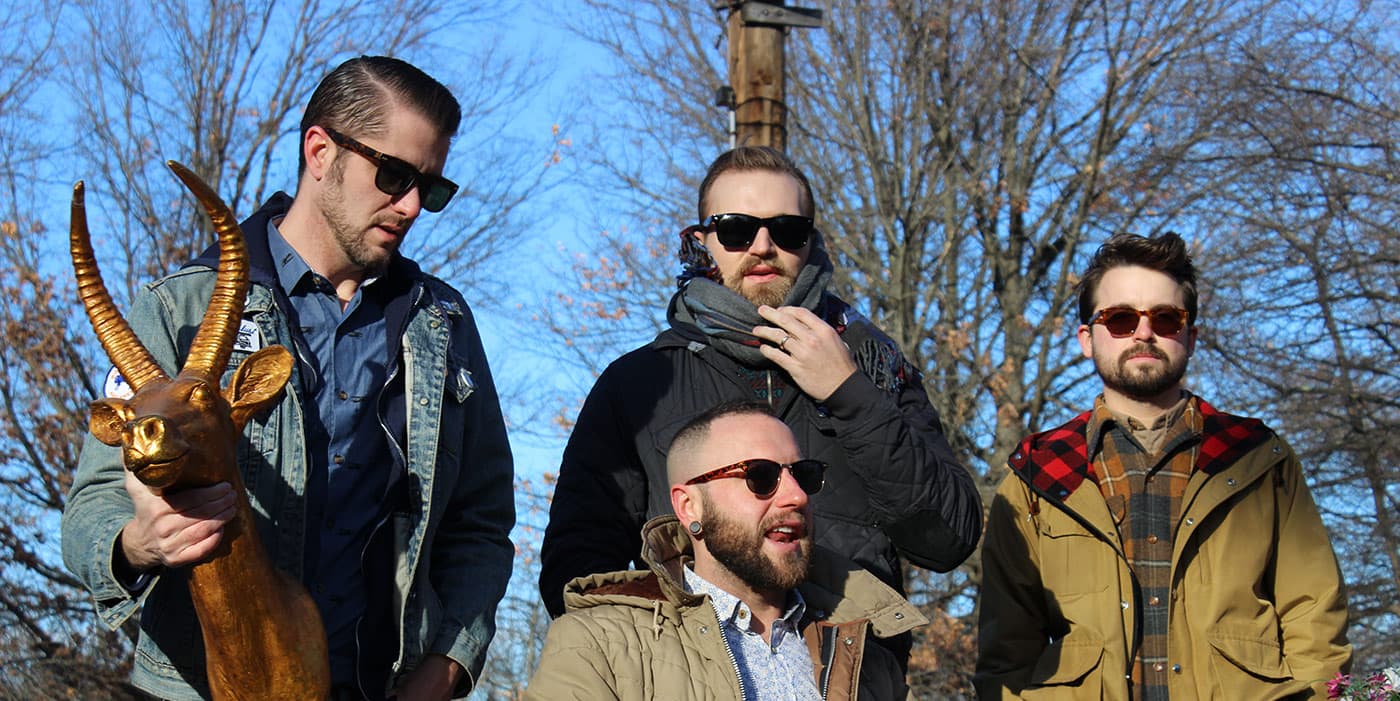 Hailing from Boston, guitarist Dan Palimeri, bassist William (Billy) O’Brien, and drummer Ethan Cannon joined forces in 2011 to bring some extra edge to the local Boston scene. After a couple of EPs, a slew of shows, and the addition of guitarist/organist James Hammond, Courters are set to release a 12″ split EP with fellow Bostonians The Dazies. Ahead of the December 8 release, we bring you May Song.

Combining their influences of post-punk and 60’s garage, May Song is a garage rock anthem with gritty guitars and a tincture of pop. There’s a too cool vibe here with its lo-fi soundscape and a layer of grease from the touch of a Holy Ghost. As the “whoa whoa’s” comes to an end, the boys belt, “I’m old enough to know that you/ Just don’t fuckin’ hold hands,” with contempt like mangled scythes hanging over your ears while the band crashes with sharp jaws and dead limbs.

The Courters/The Dazies split “Seen a Ghost” is due next week and can be pre-ordered through Bandcamp.