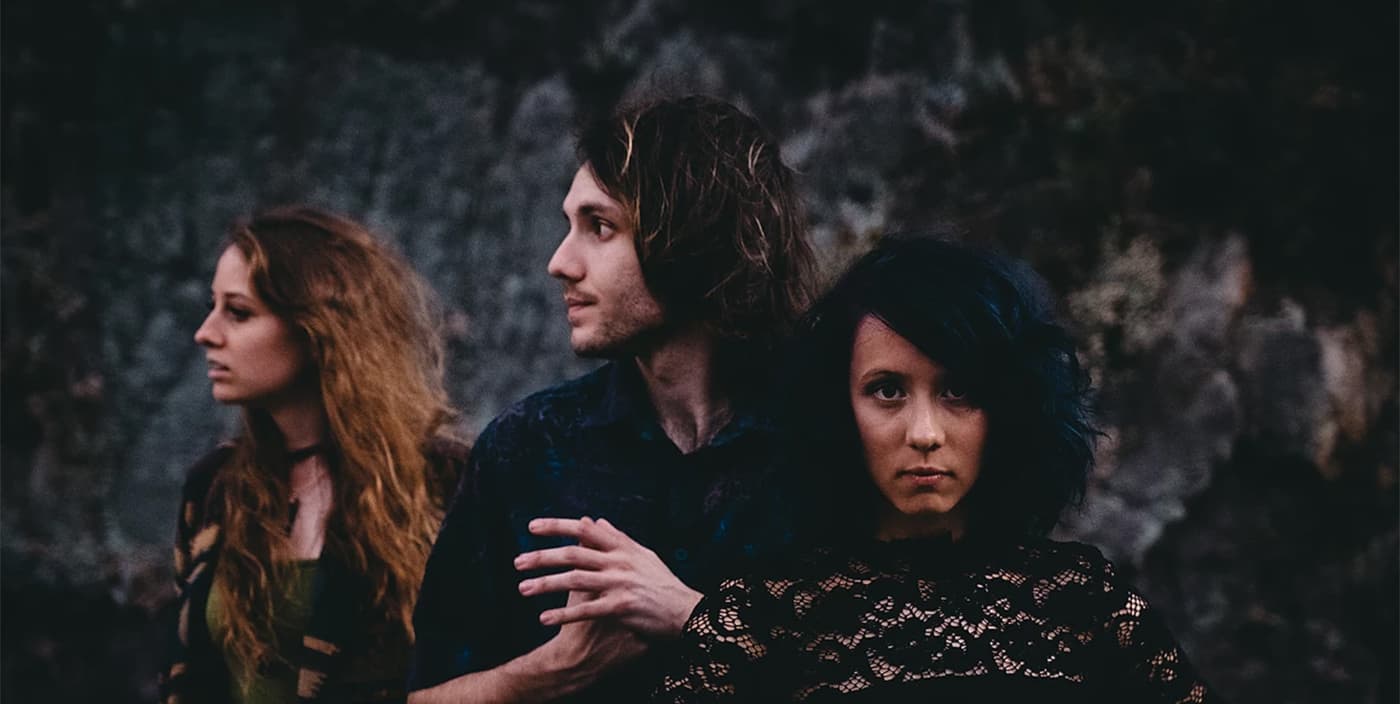 POM was born through a series of serendipitous connections in the L.A. Valley music scene where Jeremy Amato found his future bandmates, Valerie Burkholder and Lauren Taler. This connection led to instant musical chemistry and endless satisfying jam sessions which morphed into proper singles. Together, they create art-rock infused with electronica and live instruments. Following their debut single, Sway, the trio brings us Pirate Anthem, the second single from for their forthcoming debut EP.

A quiet murmur of ambient textures swells around mysterious whistles when the warble of bass enters alongside dancing percussive elements. “The only message alive/ When I’m alone with my mind/ There’s something dying inside me,” they croon while suspended in the sky, bespattered with an unspeakable nerve. A guitar soars and pierces from the bowels of a whale while the shadows of the swelling tide colour the sky with dreams dreamt from shoulders above the coastline. There’s a hopelessness that courses through Pirate Anthem. It anchors with a deep caress of uncertainty and weighs heavy like a stone on your fearful breast. As POM succumbs to the insanity, Pirate Anthem washes away into the cerulean glare of home.

Listen to the single right here and look for POM’s debut EP, due later this year.