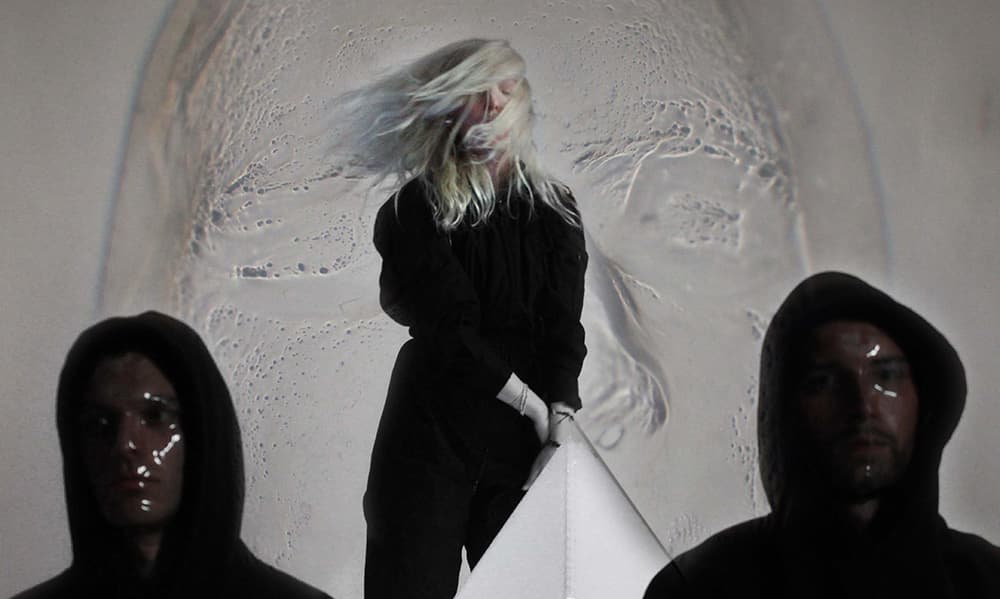 aYia Will Give You The Chills With Stunning “Slow” Single + Video

Ásta Fanney, Kári Einarsson, and Kristinn Roach are the trio behind the Reykjavík-based outfit aYia, who describe themselves as, “an imitation of sound, an inverted onomatopoeia triangle that gestures at what it is while simultaneously keeping it completely hidden.” They recently announced their self-titled debut album which was mixed/mastered by label owner and Bjork collaborator Valgeir Sigurðsson. Of the album, aYia explained it as such:

“It is a gathering of different aspects, mostly connected to the extremes of existing. It rattles the idea of fragility, changing the interior of the surroundings…it is a concrete formalization of a poetic gesture, genetically enhanced to become something unfamiliar.”

The latest single from the album is Slow. Like the title, it’s a slow burn made up of fragile textures that tremble and shiver with a cold yawn. Idle yet menacing, it mounts into a vessel of staggering beauty that ceases time.

With the single is an Alexandre Souêtre directed video shot between Iceland and Los Angeles that is as cold and surreal as the single.

“‘Slow’ features an idling pace and stillness in visuals, in an attempt to create a calming feeling that parallels the song’s dark and bewitching tones. By showing people, places and moments, sometimes with a slightly “unreal” but familiar element, director Alexandre Souêtre aimed at replicating the subtle confusion and interest in the inexplicable of the world as a simple clash between beauty and omen, perceived with sensitivity, instinct and curiosity, by a child.” – aYia

aYia’s self-titled debut album will be released through Bedroom Community on November 16, and I cannot wait.