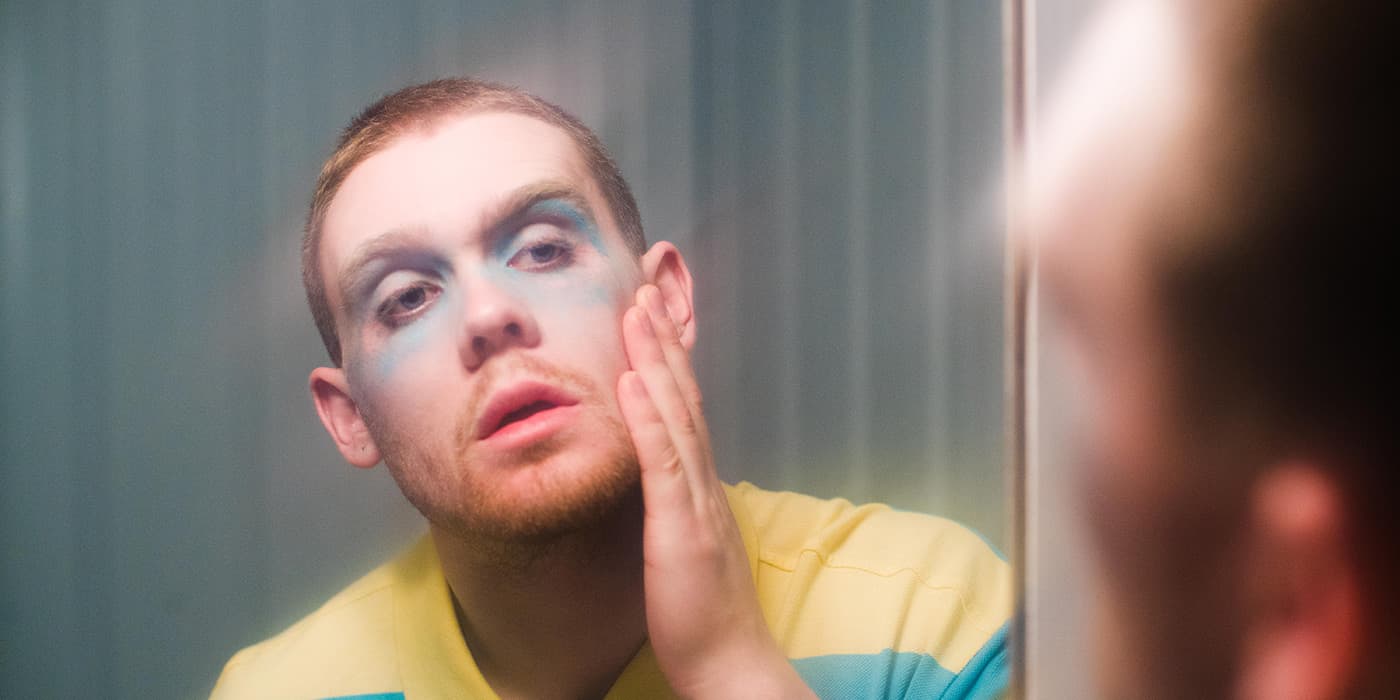 Alex Bent + the Emptiness first hit my radar with”Blonde American Girl” and its expansive and leaden longing weight back in 2016. Later that year, I had a chat with Bent about his first project, and one of my favourite releases of the year, “Dead, In The Water”. He would soon follow that up with his more pop-leaning debut EP “Vanilla Blue” along with a slew of shows including a set at Canadian Music Week.

This August marks the release of his debut album titled, Baby. This time around, Bent employs more hip-hop-centric elements with vocoded vocals and a woozy cascade, yet the bitter gnaw of longing remains. Ahead of his return to Toronto for two sets at CMW including tomorrow at The Garrison and Wednesday at Mrs. Robinson, we discussed Baby, his growth as an artist, and more. Read it all here and revisit “Vanilla Blue”.

Tell me a little about the project.

“Baby” is my proper debut album. Last fall, after having been laid off from work and going through a breakup, the songs came pretty quickly. I started writing in November and started the recording process this winter. I think it’s the first time I’ve been able to create music freely without overthinking it.

Do you think that’s from a combination of the two forces or maturity and growth as a musician?

Probably a good combination of both. It’s become easier for me to write as I’ve matured and improved, but I think the life experiences help give me more direction when it comes time to create.

“Dead, In The Water” went from sparse to pop-leaning on “Vanilla Blue” and now there’s a heavier emphasis on hip hop. Was that something you wanted to do prior to writing?

Sonically, “Thank Ya” is an outlier. What was the decision process behind including it?

I’m not sure if I ever thought not to include it. I tried not to overthink it as I wanted every song to be what it needed to be. Though I think sonically the outro helps tie the song in with the rest of the album.

That’s a tough question. I don’t know if there is a sudden moment. I’m a fairly insecure person at times so I think by nature I’m always second guessing myself. I’ve found setting a deadline helps fix the urge to overthink things.

What was the toughest part about working on this project?

I think it was the amount of hours that we put in that really took a toll on us. I was used to taking lots of breaks with previous projects and we banged this album out very fast in comparison. It was a strange feeling once the recording process was complete. I felt a serious void.

You reference suicide in several songs. I imagine being in the studio and on stage helps silence the dark thoughts.

I’m not certain it necessarily silences these kinds of thoughts, however, it’s an extremely therapeutic process being in the studio as well as singing the songs live. I don’t think much of how the lyrics will be received upon writing and recording them anymore. I think I now feel comfortable enough in the studio to let certain things off my chest. In the past, I spent a lot of time making sure my lyrics didn’t sound stupid. I was always ashamed of who I was for whatever reason. I made a conscious effort to let certain lyrics be if I was feeling insecure about them. I knew if I had written them in the first place, there was truth there and I didn’t want to get in the way of the truth.

Are you at all concerned about how family and friends may react?

I think sometimes people assume that an artist’s music is a cry for help. I’ve been pretty open with my friends and family about my struggles. For those who I’ve maybe lost touch with, I can see them being a little surprised. I hope they can understand that music is a coping mechanism for me. I’m sure a lot of them have their own thoughts and ways of dealing with it. I think it’s important for me not to hide. So much of being an artist has to do with selling yourself. This is all a part of my story and I never want to be afraid to be myself.

The track “Feeling Blessed” was something completely different up until a week before we finished the project. I ended up scrapping a song and using stems from it to create a whole new song within a few days. The vocals you hear on the track are actually the ‘scratch’ vocals I originally laid down in my room. 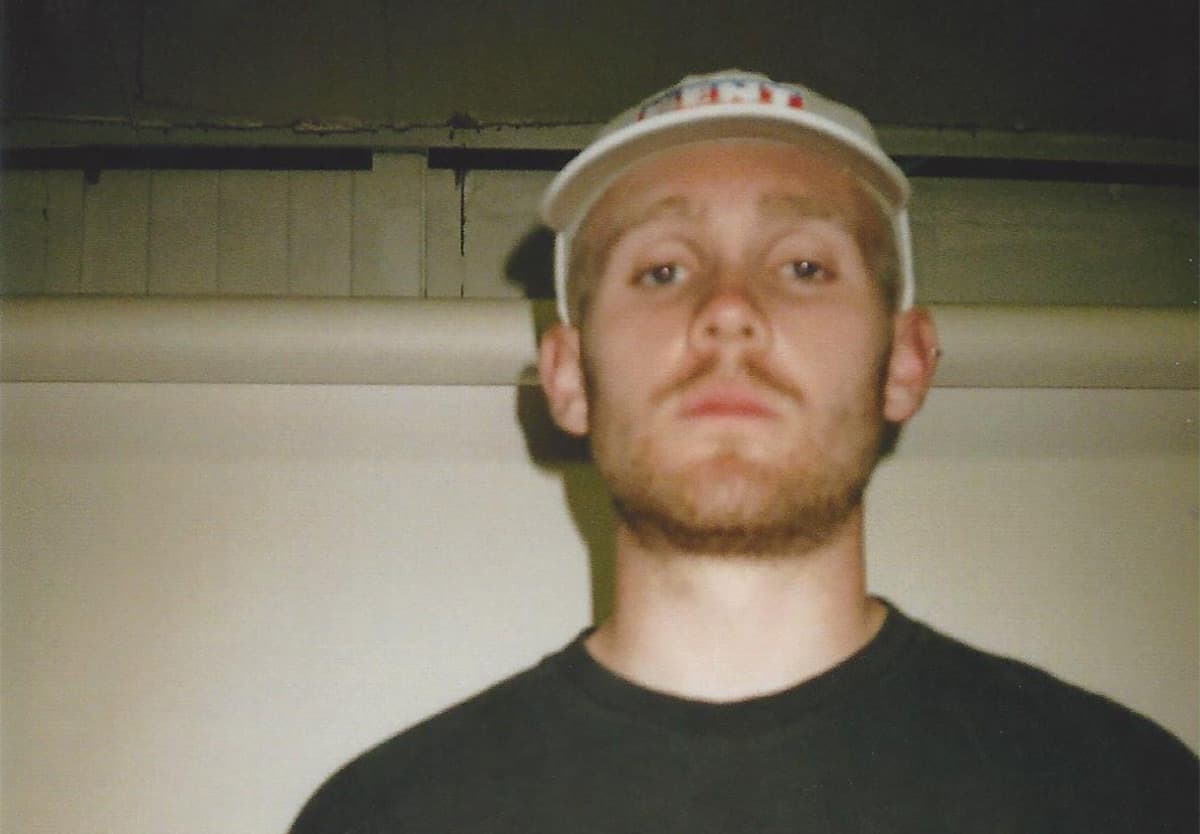 If you had to describe the LP to someone who’s never listened to your music, how’d you describe it?

This is your third release without a label or PR help. What tips would you offer to those looking to take the same route?

Focus on what excites you as a fan of music and let it guide you.

I think a lot of the firsts I’ve had are the most memorable. I was lucky enough to have started recording in a studio at a fairly young age. I think I’m just trying to chase those kinds of feelings from now on.

It’s tough to say. I think I’m just inspired by the music itself and the people I admire. But I’m always afraid of failure.

And finally, I gotta know – why’d you remove “Dead, In The Water?” from streaming services?

​I really like the idea of almost keeping that album a secret in a way. The people that were around for its release seem to feel a special connection with it and I feel like the album belongs more to them now than it does to me. I also like knowing that if someone finds my music, they could come across that album by accident. It’s still out there. You can download it on my website. I’m not ashamed of the album at all. It represents an important time in my life.