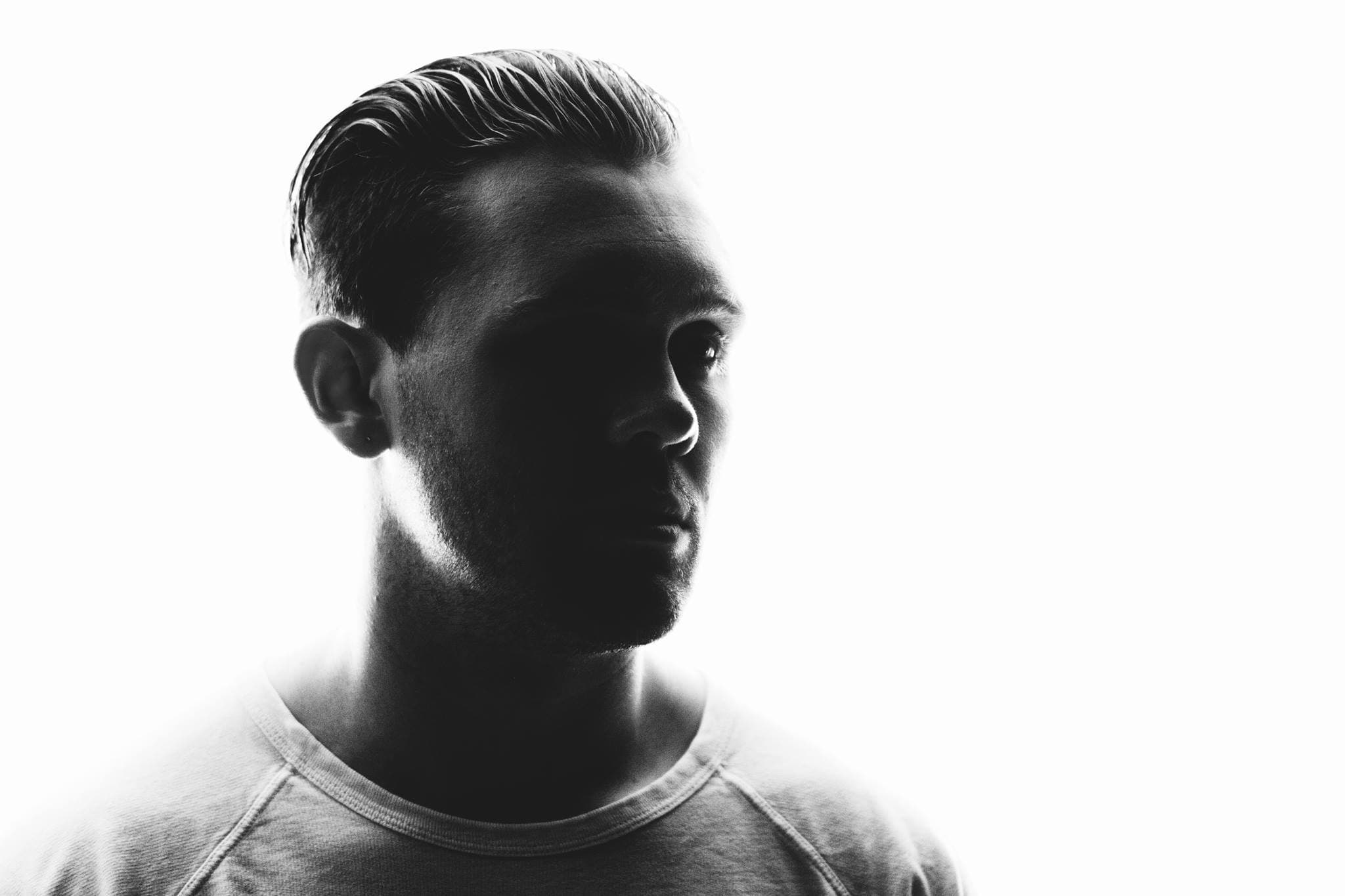 Interview: Alex Bent + the Emptiness – Dead, In The Water

Dead, In The Water by Alex Bent + the Emptiness was one of my most anticipated releases since I first heard Blonde American Girl. After the release of his second single, Run Like Hell, there were delays filled with doubt and uncertainty, followed by Hold On To Me Forever. Soon after, the Saskatoon artist dropped Dead, In The Water.

What began in May 2014 would turn into a two a year process, written during a period of recluse due to a fear of being hurt or humiliated. Bent turned the stories in his head into a sombre reality with the hope others could find solace in his dark piano pop imagery.

Dead, In The Water is an astounding conceptual project of profound introspection. The loneliness one feels from a devastating heartbreak is amplified by Bent’s honest and vulnerable lyrics; piercing your inner being and flooding you with deep emotions. These impactful words, exposed vocals, and the ambient soundscape of copious experimental samples grip you, and don’t let go as you experience the emptiness. It is vast and scary, but beautiful, and Alex Bent + the Emptiness will be there to fill your void.

I had the honour of speaking with Alex Bent about this special project. Read our interview below and listen to one of my favourite albums of the year, the breathtaking one of a kind, Dead, In The Water. 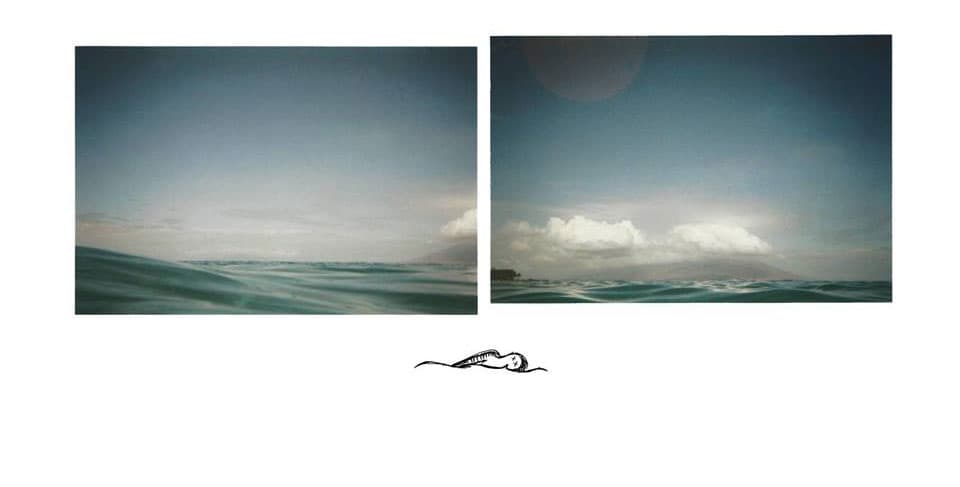 Who is Alex Bent and who or what is The Emptiness?

To put it simply, Alex Bent is the Emptiness.

I’m a 23 year old kid who makes music. The Emptiness is the music itself. It represents the void I’ve felt in my life for the past 5 years. I feel empty a lot of the time when I think about how I’ll fit in to society and how I’ll find my place. The music is supposed to fill that void for me.

You can distinctly hear that emptiness in your music. Did you have reservations about releasing such honest and vulnerable music?

Thank you. Yeah, I think I did. I’ve really been putting off releasing this album. It’s been pretty much done since January and even before then I was really just stalling when it came to finishing it up. I’ve spent the last 8 months making small changes and trying to make sure it’s perfect. I think I’ve just been afraid what people will say about it.

At what point did you think, “This is it. The album is done and I’m ready to put it out in the world.”?

I’m not sure if that moment truly ever came. I probably could have kept working on it forever. I think I knew it was done when I realized that I was doubting myself too much. It took me not listening to it for a few months to really realize what I had accomplished.

A lot of artists have that feeling of self-doubt and question where we fit in society. But now that Dead, In The Water is out, do you feel accomplished? Relieved, maybe? Even proud?

I guess a little bit of all of those feelings. I’m mainly just proud that I was able to create something that I feel accurately represents who I am as an artist. However, it’s a strange feeling knowing that it’s finally seeing the light of day.

Do you still take those long drives in the prairies?

Not as often anymore. I went for a drive about a month ago just to listen to the finished album. It brought back some memories. I used to do it more at the beginning of writing this album. I’d drive through some of the nicer neighbourhoods or places that I had some sort of emotional connection to. I think I felt like I was searching for something at that point. 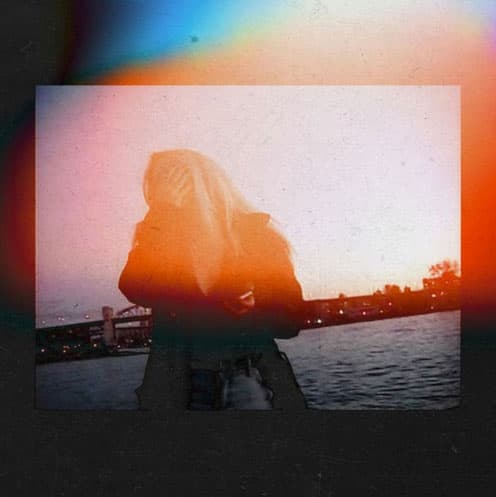 There’s a lot of layers happening, from music samples, commercials, movie samples, and even iPhone recordings. As a non-musician, this seems like a daunting task. How do you bring all this together and what was that process like?

I spent a lot of time on it. I’d usually take the basic instrumental tracks to the studio and we’d start on the vocals. There’d be a lot of time between sessions usually, so I’d take it home with me and keep adding to it as ideas came to me.

I started the album over 2 years ago now, so a lot of these songs went through a few different versions. As other songs progressed, I’d go back to the ones that I hadn’t touched in a while and bring them up to date.

I thought closing with a piano ballad cover of “Heaven In Your Eyes” was interesting and very fitting. Or do you just love Top Gun?

Haha, I actually only saw Top Gun for the first time a few months ago. So unfortunately, that wasn’t the source of inspiration behind covering it.

When I was 5 years old, Loverboy became my first favourite band and last year I participated in DOMINIONATED’s Canadian covers compilation. It used to be one of my favorite songs so I tried to make it my own. I was really happy with the way it turned out and I felt like it was a good way to close the album. Since I was a fan of that song from such an early age, it has a bit of a deeper emotional connection for me.

Why Dead, In The Water?

There’s a few reasons. I live in Saskatchewan. Sometimes it feels like I live in the middle of nowhere. Our city isn’t really known for the type of music that I make. Most of our scene is very blues or indie rock based. I have fairly big aspirations for my music so it’s frustrating sometimes to feel like an outcast. When my last album was released, it almost felt like I was screaming as loud as I could and no matter how hard I tried, no one could hear me. The title ultimately represents hopelessness to me. I thought that was accurate considering how I was feeling when I first started putting this album together.

I feel empty a lot of the time when I think about how I’ll fit in to society and how I’ll find my place. The music is supposed to fill that void for me.

What’re your plans now? Are you taking the album on the road?

In all honesty, I’m not that confident in my abilities as a live performer at the moment. I’d like to be able take this album to different places across the country and all over the world, but for now I’m just focusing on preparing for the release show I have planned in Saskatoon in September.

I’ve been writing some new material already but I’m trying to pace myself. I want Dead, In The Water to have a bit of a long life and I want to give it time to reach the people it needs to reach.

Do you feel you’ve shed a layer of your past and your future material will go in a different direction without the “the emptiness”?

No, I think I’ll always use this name for my music. I don’t think I’ll ever make music that doesn’t fit the vibe of what I’m doing now. It might take on different subjects and stories, but I don’t know if I could ever make music without it sounding like “the emptiness”.