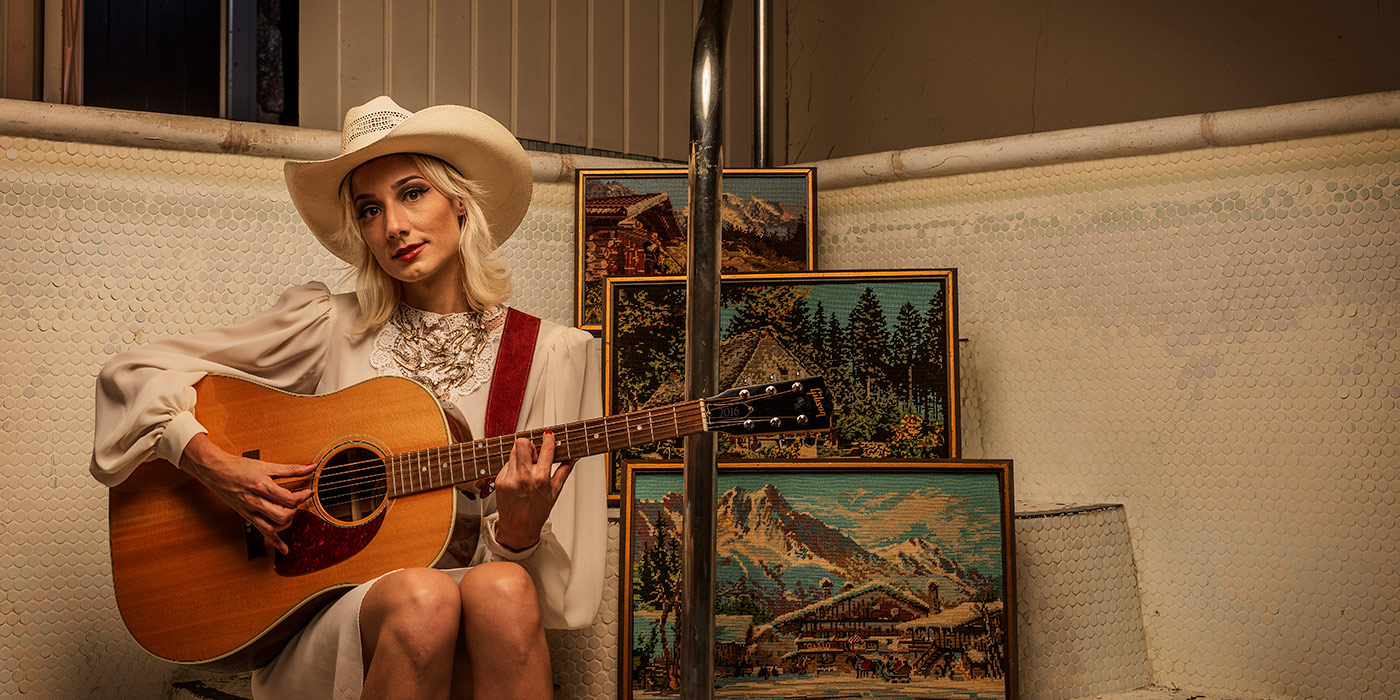 It all began with a con man, a demon, and an imposter who took Heather Valley’s place. After a tumultuous year filled with lies and despair that crossed borders, this courtroom lawyer with a bright future lost everything and was left alone and heartbroken. It was in this moment that she turned to music and eventually released her debut album, ‘Desert Message’.

Trawler is the opening track on the album and the first to be written about that year with said con man. There’s a dead air that fills the space. It rests in the center of this wide barren landscape where a weary Valley sings with sorrowful guitars. She now brings her story to life with a video for the single and spoke with me about the inspiration and more.

The song is about becoming embroiled in someone’s lies. It is the oldest song on the record and thus the opening track. It was written about the first year I spent with a con man who I thought was the love of my life. It inverts the metaphor of the mermaid, who in classical literature called seamen to their deaths upon the rocks, by making her the victim of a great ocean trawler. The trawler is a metaphor for the man I loved, who I eventually discovered was a serial womanizer. I play with this concept via wordplay, ending the song by saying she is “caught up in its lines / in his lies.”

I wanted the video to reflect the dreamy, otherworldly quality of the song. The sea and road are used as parallels, the innocence of the female figure in the song is represented by the white dress and ballet poses in front of the window, and the fact that she returns to it throughout the song shows a lack of growth. She remains trapped in the situation by her naivety or willful ignorance. I bought the dress that I wear in the video for my wedding to the con man, which ultimately did not happen. The inclusion of the Impala is a reference to the Songs: Ohia record of the same name.

When Mike Brenner (Molina’s long-time pedal steel player in both of his projects) saw the Impala in the video, he laughed, recognizing the reference. It was included as an Easter egg for Molina fans and a symbol of respect for my biggest influence.

The video was filmed in various locations in Hamilton, where I am currently based.

This song existed as a simple acoustic tune for a few years before we arranged it for this record. I sent the raw vocal, guitar and bass tracks to my friend and collaborator, Mike “Slo Mo” Brenner (who worked with Jason Molina). He added the atmospheric pedal steel track that you hear on the final version. Listening to the song as a whole for the first time was my favourite moment in the process.

This video was recorded last April, shortly after the raw tracks were recorded, but long before the mix was complete. The visuals are some of the earliest that you will see associated with this project. It was one of the first beautiful spring days that we had, and it makes me feel nostalgic for the near past as well as for the hopes I held at the time the song was originally composed.

Aside from the few shows you have coming up, what do you have planned for the rest of the year and what’re you looking forward to the most?

Catch Heather Valley bring her dusty Americana across Ontario in the coming months.

08 Feb -This Ain’t Hollywood
Hamilton, ON