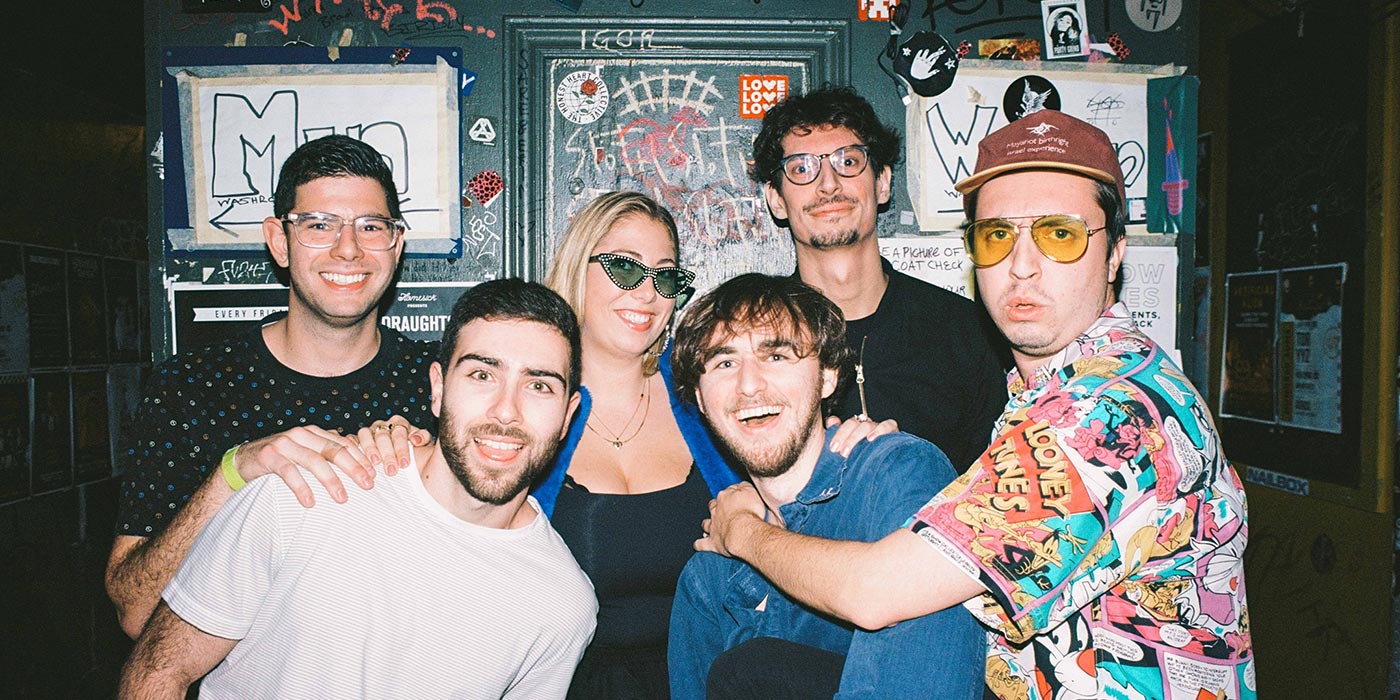 Earlier this year saw the release of one of my favourite tracks of the year, ‘Naked in Toronto’, by local Toronto outfit Glutenhead. Back at the start of the summer, they released their self-titled EP, marking a new beginning for the Benjamin Shapiro fronted project.

Working with local producer Alex Gamble (Broken Social Scene, Alvvays, Fucked Up, PUP), Glutenhead builds on their abstract lo-fi debut ‘Glugen Frau’ with a fullness that burns with life and hope beyond the tendrils of existentialism.

Listen to the six eclectic explosive songs below and read what Ben and lead guitarist Brandon had to say about each. 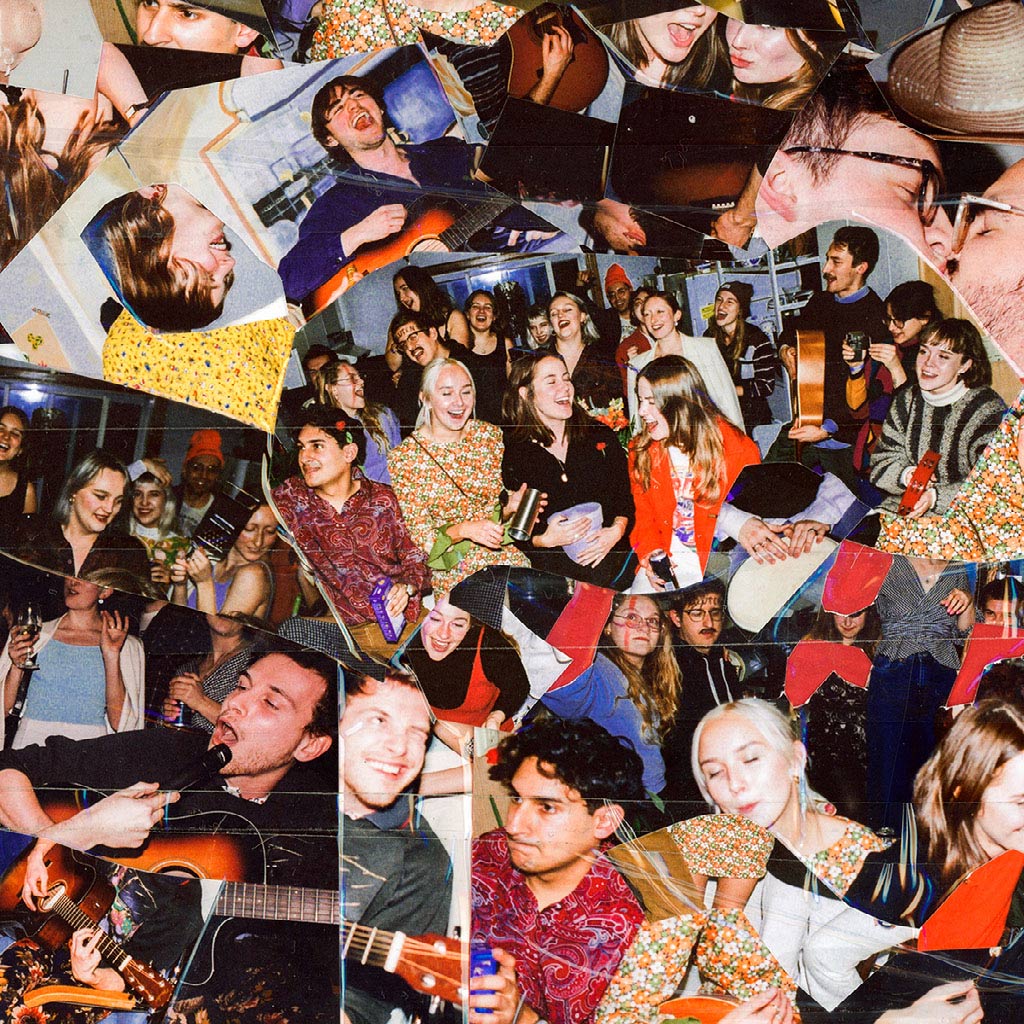 It’s Not Really A Problem

Benjamin (vocals): I wrote this song as a 70s glam ballad, sort of like something you’d find on Transformer by Lou Reed. I’ve always admired Lou’s ability to represent juxtaposition, to encapsulate the contradictory nature of our beliefs and actions and all that. The song is a foray into pastiche, incorporating the cheesiest elements from my favourite 70s pop songs. We worked it out as a band and played it live, but once physical distancing came into effect we thought it would be interesting to record it remotely. We sent audio files back and forth, piling each part on top and then sent it to Alex Gamble to mix. Both Kylie’s vocals and Zach’s drums were recorded on iPhones. In a lot of ways, this song introduces what the album is about; walking on the dotted yellow line in the middle of the road. The opening lyrics can act as a thesis statement, I love how David Berman starts off the Silver Jews album ‘American Water’, and I wanted to try to pack the same kind of punch:

Benjamin: I don’t really want to say too much about this one, I’d love to leave it up to listeners to interpret themselves. I will say that Brandon’s little flirty guitar parts are so satisfying, and I think Alex’s production on here is stellar, especially on the percussion (which was us banging on tables and walls and stuff).

Benjamin (vocals): I think this is the best song I’ve (we’ve) written so far. I came to the band with the lead vocals and a guitar part, and we kind of pieced it together from there. I’m in love with the bass/drum groove here. We mixed down the drums to 1 or 2 tracks while we were tracking to give them this really tight 70’s feel and I think it came across really well.

Brandon (lead guitar): Our original composition of folding had the rock chorus continuing throughout the solo. I had written a solo for that composition that was inspired by Bold As Love. I wanted it to hit hard, but still be really melodic. At one point, Ben sent me ‘Real Love’ by Big Thief, and we loved the idea of having this building rock thing, then dropping everything out but having a real noisy guitar stay in. We then filled in the space with a beat that Zach came up with and Kylie’s haunting vocals.

Benjamin (vocals): This song was wild to make. Coming off the sweaty and chaotic but really really beautiful summer of 2019, I wrote the lyrics to the first part about expectations and how they frame our experience. I wanted to do a big symphonic chorus, but I couldn’t figure out where to take it vocally. Kylie was over after a big night of drinking and she was hungover and I asked her to see if she could come up with a melody for the part. She didn’t know what words to sing so she just sang “I hate my life” and it stuck. I thought it was cool. The country part after that was actually a different song that I thought provided some good relief from the big bombastic chorus so I just glued them together. We had a whole bunch of friends over to my place for a big sing-along a while back and we recorded it with some camcorders. I thought hearing everyone sing “I hate my life” was kinda funny, so we threw it on to the end of the song. I think it works great there. The finishing touch was having Jonah Falco from the legendary Toronto punk band Fucked Up play trumpet on the track. I was so grateful for his work, it really made it feel complete.

I was messing around with Kylie’s vocals from ‘Goodbye’, processing them and fucking them up, and I ended up making something that I thought sounded kinda cool and complimented Goodbye in a really interesting way. Originally these two tracks were actually one track, but I showed the band and someone said something like “I think it’s cool, but it’s so different from Goodbye, and you might not want to listen to one every time you listen to the other”. I thought that made sense so now there’s this lil’ 40 second prequel to Goodbye.

Brandon (lead guitar): This was the first Glutenhead song that started with one of my guitar parts, so getting to experience the rest of the band taking an idea and growing it into something so powerful and cohesive was a ton of fun to hear. I fell in love with The Velvet Underground’s self-titled album and wanted to write a part as calming and expressive as the guitar work from ‘Pale Blue Eyes’. Ben’s singy-spoken-wordy-poetry amplified that calmness, and his lyrics left me both contemplative, and assured at once, as they tend to do. Paired with Kylie’s sharp, but serene melodies, I feel that we captured a feeling that I love to feel, but if felt too frequently would be overwhelming. That’s why I love it ending off the ep. 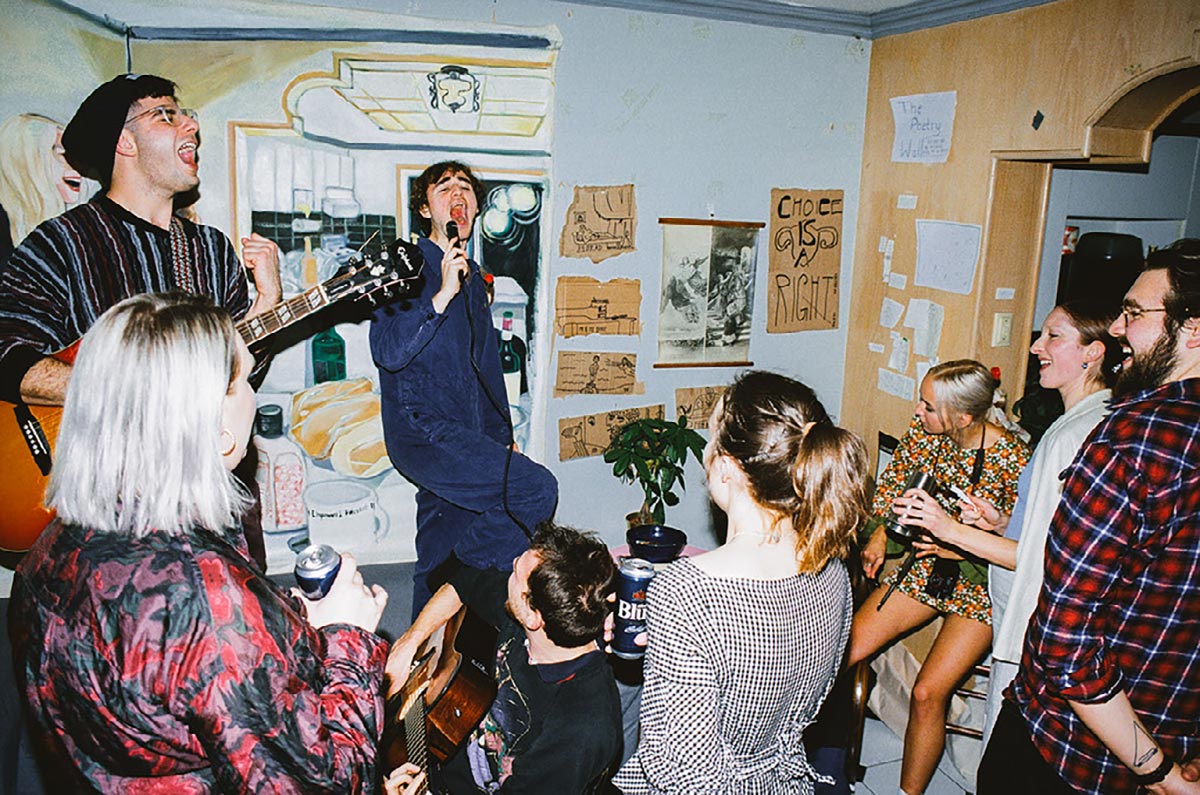