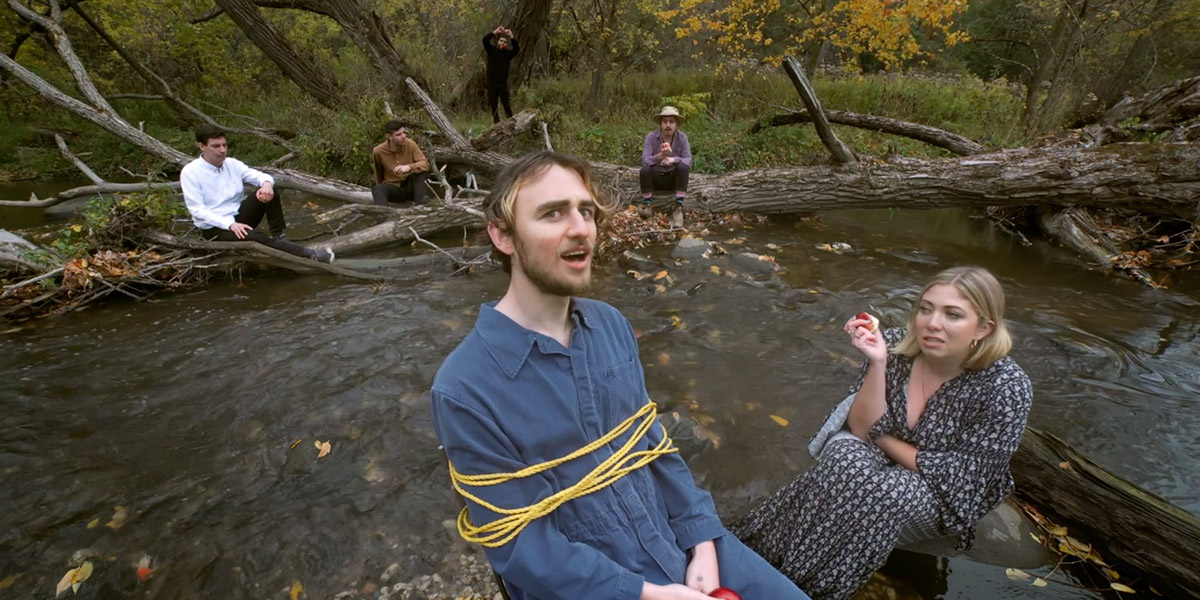 Last summer saw the release of Glutenhead’s self-titled debut album which frontman Ben Shapiro graciously did a track-by-track rundown for us. The Toronto-based act now returns with a video for the incredible single Naked in Toronto and the video lives up to the song’s energy.

The video was shot, directed, and edited by Toronto filmmaker/photographer Bradley Golding between 2019 and 2021. Basically, a period before we plunged into a pandemic, each of us into separate voids with the rare park hang or patio beer. The video’s a community effort featuring the band and friends, biking throughout Toronto, smashing shit, screaming and howling, singing and drinking at house shows, and all the things you wish you were doing this very moment instead of reading these dumb words. I sure wish I was doing those instead of writing this.

“The goal of the video was to capture what our lives felt like living in Toronto during that time, our early 20s… The video hopefully serves as a time capsule, a window, an attempt to bottle the wild-eyed energy of our friends during that special time in our lives (which got a lot more meaningful once COVID shook things up). It became the product of community collaboration, with many of the furiously creative people in the Toronto art scene that we spent our pre-pandemic days with contributing in some way.”

Glutenhead also released an accompanying zine which you can learn more about here. More local artist collaborations and more are in the pipeline from Glutenhead.