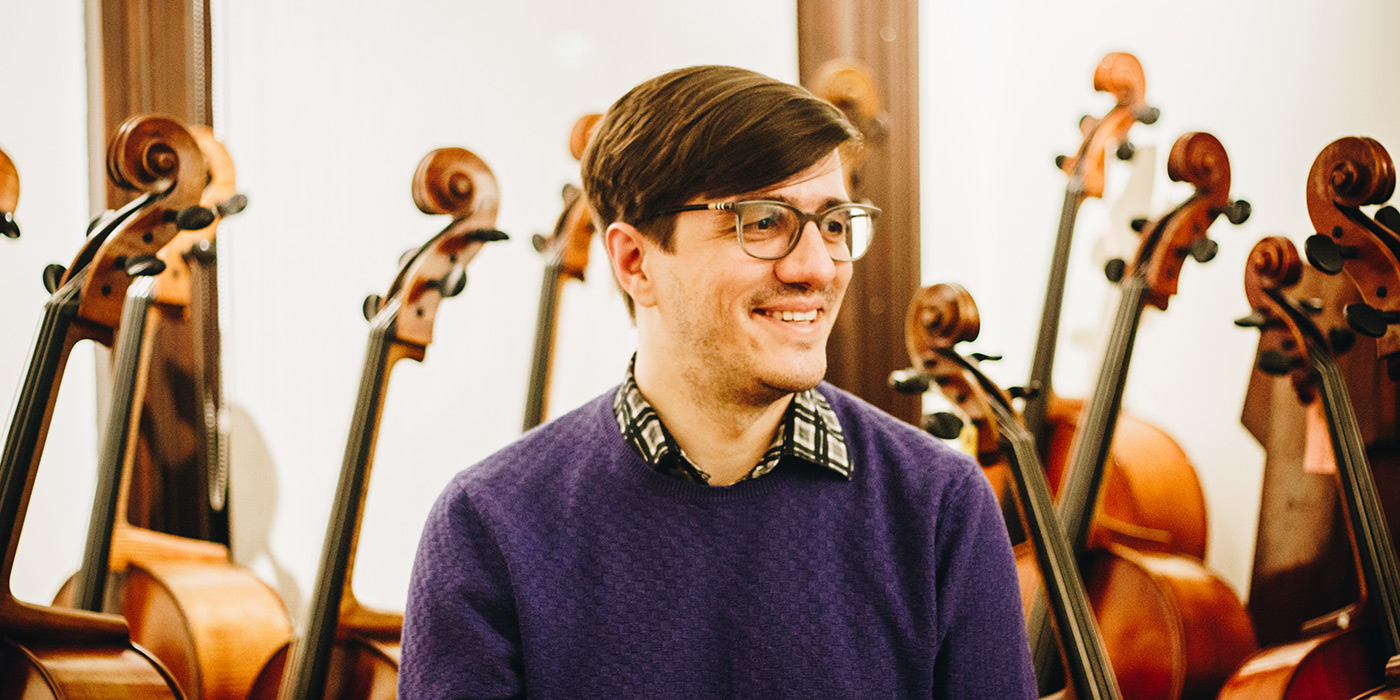 Track By Track: Nick Storring – My Magic Dreams Have Lost Their Spell

For the past six years, Toronto-based composer Nick Storring has laboured over his just-released album, My Magic Dreams Have Lost Their Spell. Serving as an homage to Roberta Flack, Storring weaves connections between her body of work with his own unique touch including his primary instrument, the cello. The result is a melancholic yet romantic record with lush intricate textures that slip into wistful psychedelia and outstretched experimental jazz.

My Magic Dreams Have Lost Their Spell is the sort of record you need to sit with, taking in each intimate and quivering note while you rest in your solitude.

With the release, Nick Storring has shared an in-depth look into each track. Read what he had to say below as you follow the beautiful record, morsel by morsel. 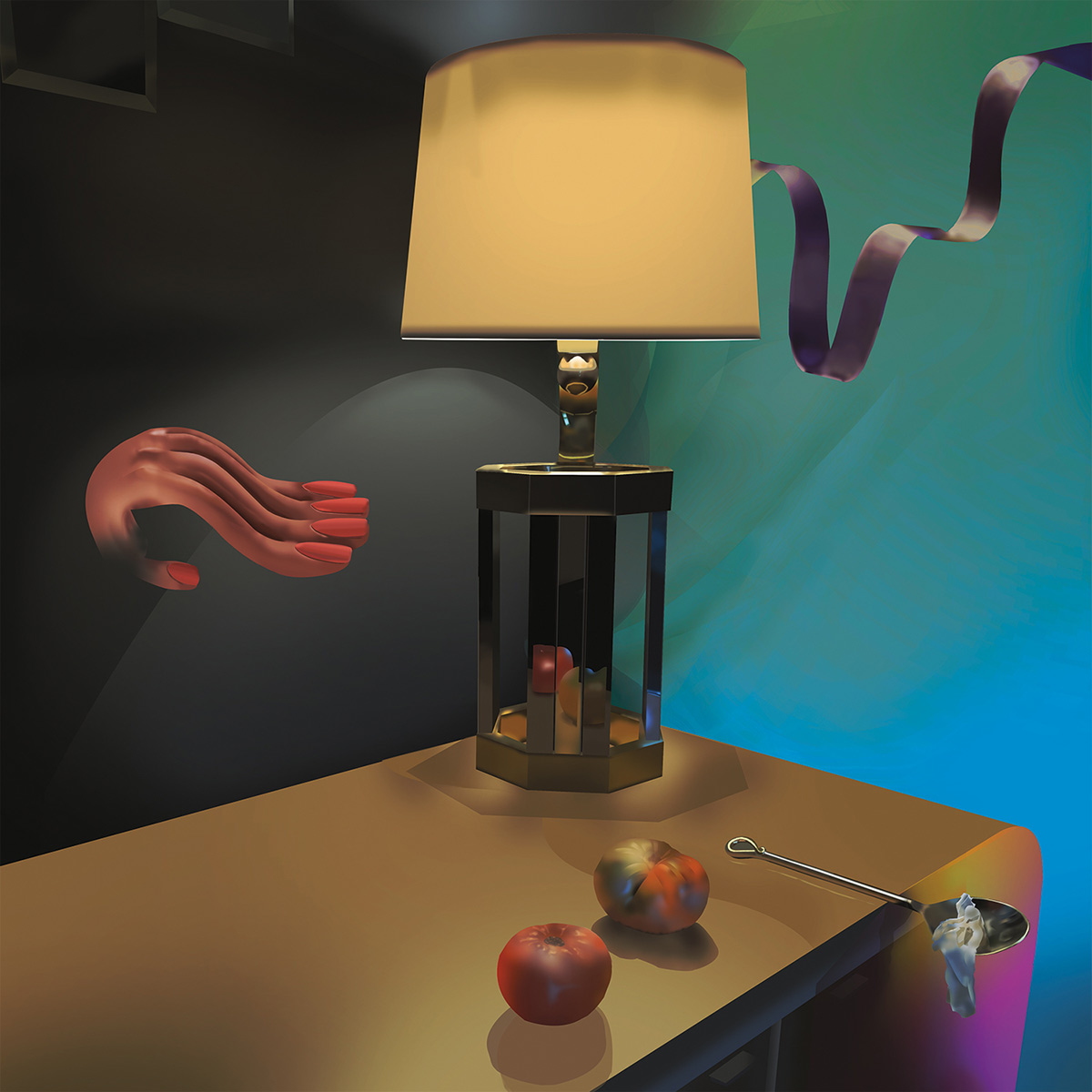 “This air of intimacy and contemplation is something I wanted to convey with this album while crafting something lyrical, lush, and wistful. The kind of record best enjoyed driving alone at 3AM. Even when this record strays a bit from this course it maintains an inward orientation and connects my love of Flack’s catalogue with all of the supposedly more experimental music that charts a similar internal world.” – Nick Storring

Like every selection on the album, this one’s title comes from an evocative lyric-snippet from a track in Roberta Flack’s repertoire. If you can identify the text’s source on this piece, then you could almost construe this as a statement of intent (were it not for the fact that this relationship is entirely serendipitous!) Although this track was the second one that I finished, it’s really what got the project off its feet, given the almost three-year gap between its completion and the first one.

The Stevie Wonder-penned “I Can See The Sun In Late December”, from 1975’s Feel Like Makin’ Love is one hands-down one of my Flack tunes. It’s also one of her least conventional. Stretching out over almost 13 minutes, its languid summer-evening wistfulness eventually begins to unravel, giving way to an extended meander through soft-focus psychedelia. The path it takes actually resembles a lot of my own structural logic on this recording, in its movement between more concrete figures and something more elusive.

2. Pretending You And I

Around 1997, a record store in the local mall was giving away a CD sampler for this box-set of jazz ballads produced by Verve. Never being one to pass up free music I accepted, even though its contents diverged sharply from my tastes at the time. I was mid-way through my teens and rather strident in my views about music. Yet something about the lush, sepia-toned orchestrations grabbed me viscerally and my adolescent purism started to dissolve.

Around that time, I started fantasizing about doing my own psychedelic take on this sort of technicolour melancholy (even though I hadn’t the foggiest idea about what “psychedelic” meant) I forgot about this idea until very recently, when I realized that the spirit of this album—this track in particular—is very close to the sounds I had imagined.

While I was making this track I struggled to get the section-strings at the beginning feel convincing. I was determined though and I only wanted maintain the way I had been making the album: using my own instrumental resources without excessive tampering. I ultimately arrived at the following recipe: ten overdubs of my acoustic cello on each part plus another ten of me playing the same material on my electric cello, plugged in direct.

This one’s title comes from the forlorn “Only Heaven Can Wait” which appears on Roberta Flack featuring Donny Hathaway (1980).

3. Tonight There’ll Be No Distance Between Us

Speaking of electric cello, this track was created exclusively with it, in an approach I playfully refer to as “nose-to-tail” (i.e. using any and all techniques from the conventional to stuff like rubbing the strings, flicking the pick-up toggle, attaching stuff to the strings, alternative tunings, mutes, etc.) Initially, this was going sit alongside another cello-only piece to form the basis of another album project themed around this instrumentation. Things turned out differently though, and I have yet to return to this idea, though I intend to, down the road.

I extracted this title from Flack’s 1983 hit “Tonight I Celebrate My Love” with Peabo Bryson from their duo recording Born To Love. This is the only source-song of the bunch where I don’t have much of an affinity, aside from that specific line.

With its wild smears of abstract noise, lopsided funk, and coarse, atonal soundworld, this one is unquestionably the outcast of the album. As such, I had a hell of a time figuring out where it would fall in the sequence. Despite that, I was always certain that it belonged, even if conventional wisdom suggested otherwise. It was the last track that I started to compose and also the last to get finished. I can’t really pinpoint where its impetus came from, except perhaps speculating that it came from my wacko sense of balance. The album felt like it needed some friction—it felt necessary to pursue a perverse, counter-intuitive choice like this one.

This one is named after the lyrics from the breezy “Till The Morning Comes” (I’m The One, 1982), a tune that couldn’t be any more different.

5. Now Neither One Of Us Is Breaking

The idea to pay homage to Roberta Flack came to me in the fall of 2014, just after having released ‘Gardens’ (Scissor Tail Editions). ‘Gardens’ celebrated arranger Charles Stepney via Minnie Riperton’s album ‘Come To My Garden’ and I imagined eventually making a more somber and melodic counterpart.

Around that time, I was invited to perform at the series Long Winter in Toronto (spearheaded by Mike Haliechuk from Fucked Up), and contribute to their split monthly 7” they gave away to the first 300 attendees through the door.

I seized the opportunity to try out the palette I was envisioning. The piece was made in a short burst of creative energy and carved out a little spot for the album. I eventually applied for a Toronto Arts Council grant and began composing the remainder of the album in fits and starts from 2016-2018.

Admittedly I’m not all that much of a lyrics guy (even though I’ve titled this entire record with lyric-fragments) but the line “Now Neither One Of Us Is Breaking” from the song “Making Love” (I’m The One, 1982) really struck me as a potent and vulnerable statement.

6. My Magic Dreams Have Lost Their Spell

I vividly remember the day I finished this track in August 2018 because it was the day I first met the excellent Brazilian pianist Késia Decoté. Késia and I had corresponded quite a bit, I had initially contacted her after seeing a Youtube video of her playing Toronto composer Linda Catlin Smith, and eventually passed her the score for my 24-minute solo piano piece Byland. I had first assumed she was based in Canada somewhere but she was residing in the UK, where she eventually gave the work its British premiere at the Audiograft Festival in Oxford. When Késia came to Canada she decided to book a concert in Toronto, which included said work. About ten minutes prior to her arrival at my apartment that afternoon, I had just completed “My Magic Dreams Have Lost Their Spell” and she was the first to hear it.

Fairly early on in this track’s compositional process, I realized that it would be the final piece of music on the album. This realization shaped how the track ended up and when I completed it, I felt as though I had turned a corner in the album’s overall creative arc. Up until that point, I really didn’t know what its final shape looked like at all, despite having completed four of its six tracks.

The title refers to the song “Sweet Bitter Love” composed by disco innovator Van McCoy—a song that’s also been sung by Marcia Griffiths and Aretha Franklin, among others. Flack’s rendition provides the bleak conclusion to her 1971 album Quiet Fire and is nothing short of devastating. I certainly wasn’t really going for that level of emotional wallop. While my composition shares the slow tapering shape of the song’s ending, it still has a considerable glimmer of hope to it, at least from my perspective.