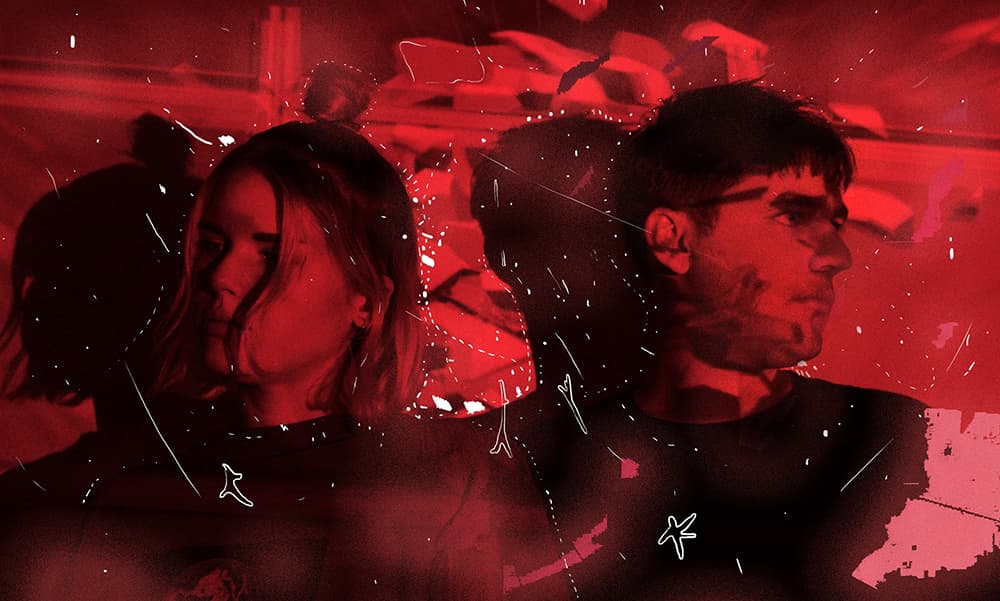 Spawned during a creative retreat at the Banff Arts Centre while the duo was in a period of uncertainty about what lay ahead for the project, Navi.6 is inspired by the non-playable character in the classic Ocarina of Time with similar personal ideologies and persona. Of the single, Isla Den says:

“Navi.6 was born in an other-worldly place – hikes up Sleeping Buffalo Mountain, cloudy rocky vistas and the ancient forest which made space for us to create the core song structure. From there, the hook of the song arrived naturally. It felt like a subconscious turning point – we wanted to compensate for our shortcomings with a strong sense of direction. Meditating on that idea, the concept of leadership evolved due to the environment we were in. The Ocarina of Time imagery became almost undeniable. In the 98’ game, Navi guides the hero with clues, tips and intuitive analysis. We wanted to flip that archetype to say the hero isn’t always who you think it is. We kept telling ourselves the song and the message of the song felt correct and worked endlessly to get the emotions of the music as close to our hearts as we could.”

The duo shift from the astral symphony of liquid mirrors on “Water Signs” into a realm of 16bit dance with a deluge of glistening light from a guiding moon.

Listen here along with an experimental remix from Isla Den’s close friend and collaborator SLVG.

Isla Den’s sophomore EP is due this until then, catch them on February 16 as part of Wavelength’s Winter Festival. Details here.