Originally from London Ontario, Carson Teal moved to Toronto to attend OCAD University’s drawing and painting program. During his five years there, he would begin exploring interactive visuals to compliment his music such as lights, his own animated videos, sampled videos, and video projections running in sync, creating a unique multi-sensory experience. It didn’t take long for him to get picked up by local multidisciplinary collective Bedroomer. Now, ahead of next week’s event, Carson Teal brings us his mind melting debut EP.

Fusing found and manipulated samples, field-recordings, and earthy soundscapes, Teal’s self titled debut is organic with a dissociative ambiance that eases you into an out of body listening experience. Joining elements of dub, trip hop, and house, is a tribal undertone with cosmic energy. Chanting vocals echo beneath a cascade of murmuring subs as shapes sputter around you with twisted colours and strobed lights. Your past, present, future, and even your past lives will flash between the pockets of celestial sounds. Although it’s a cohesive project, each track places you in its own unique realm within a hypnotic vortex. Here, you feel no fear within the darkness as you float in a melancholic ether.

On October 28, you can experience Carson Teal’s debut project along with a full interactive experience, as part of the Bedroomer Duality event. To get a taste of what to expect, read our interview below to learn more about his process and watch the preview. You do not want to miss this. For more of Carson Teal’s work, you can visit his official page.

Tell us a bit about yourself.
I’m a producer/sound designer as well as a visual artist. I recently completed my thesis at OCAD university making light and sound installations, animated videos, and projections mapped to objects that are synchronized with audio.

I became inspired by the UK electronic scene; mainly early dub and and bass music. After learning beat production I was drawn to recording my own textures, atmospheres, and physical objects to create sound. Since then, I’ve progressed into re-sampling and recording feedback as another way of layering texture.

What was the inspiration behind combining audio with visual?

I found similarities between sampling tracks and sampling archival videos (or appropriating videos). I feel the inspiration is more about creating a multi sensory experience for the audience, but it can be hard to explain.

What is your process like then? Do you create all your songs first and then build the visuals around that?

An old video clip can inspire a feeling or an atmosphere which then pushes me towards finding a sound that represents that feeling. A note or a chord, or a particular rhythm can inspire me to create a video loop. Even an object can inspire a shape that I then use in the video and vice versa. 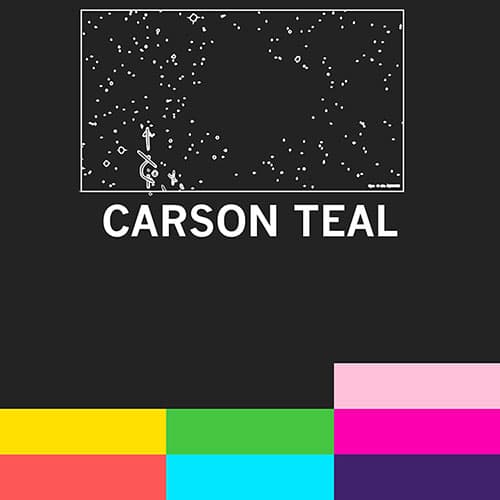 Have you done any shows before with the visual component, or will October 28th for “Bedroomer’s Duality” be the first?

This will be the first performance with projection mapping and sound reactive animations. I have done installations for more of an art audience where I used objects and projected animations that were reactive to sound as well, but it was more ambient and experimental. I have played shows with my visuals projected on a flat screen or wall but this upcoming show will be the most ambitious performance to date.

What do you hope those attending take away from the experience?

It’s an opportunity to be fully present in the moment; engaging the viewer in an enriching and vivid experience. The hope would be that the memory of the performance can be recalled with a myriad of senses.

How’d you hook up with the Bedroomer gang anyways?

I met Hudson Alexander through a friend when he moved from Winnipeg to Toronto. He needed a place to stay so I offered him my couch for a week or so until he found a place. He introduced me to Eytan Tobin and Lum shortly after. I later played a couple shows with them and they asked if I wanted to submit for their compilation album. I sent them a few tracks and they decided they wanted to release my debut EP in the future.

The hope would be that the memory of the performance can be recalled with a myriad of senses.

When you began working on your debut EP, did you have an idea of what you wanted and how you wanted listeners to feel?

I am very process driven and the EP began with a lot of experimentation and learning. I started to think about audio differently after going to art school and began to see sound as more of a material than music.

I feel like from back to front, this EP is a mind fuck in the best way. Is there an album or artist that has created a similar experience for you?

I would say Nicolas Jaar’s “Space Is Only Noise” LP or “Psychic” from his other project, Darkside. Both gave me that similar experience from beginning to end. But I don’t think I can compare my EP to either of those, lol. I saw him last August, which was incredible, and I’m seeing him next month. He is a true genius.

I just wanted to say thanks so much for taking the time and giving me this opportunity to talk about my work. I’m currently working on video and animations to go along with my debut so expect to see those soon!