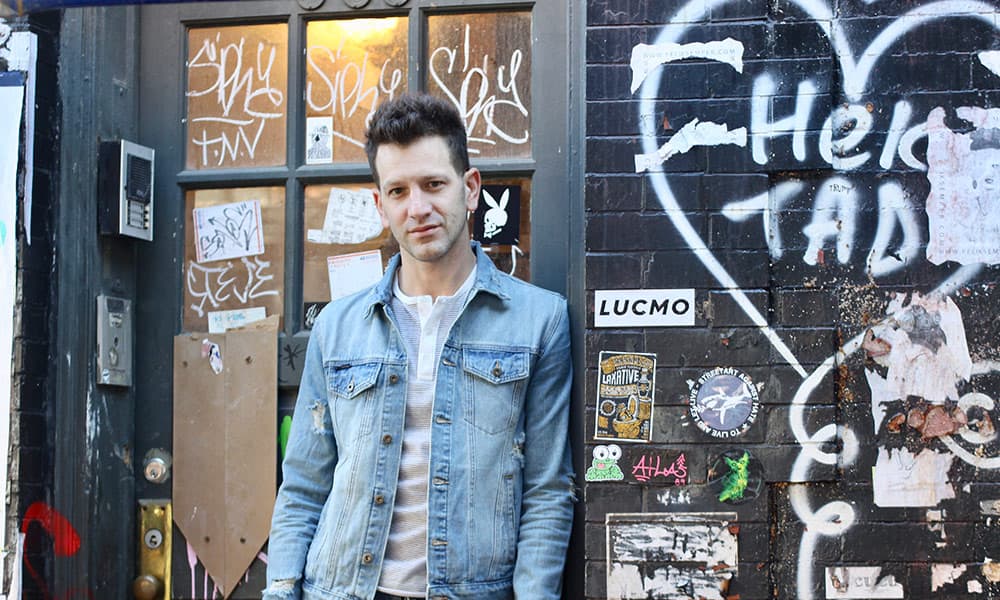 Dante Mazzetti returned to the New York scene with four new singles on the energetic “Hotel Vol.1″ which combined acoustic folk and soul, laced with lyrical storytelling. It was the first of two volumes and Mazzetti now returns with the first single off the forthcoming Vol.2. “The music on this EP is a mixture of accessibility and wild imagery,” explains Mazzetti. “I’ve always enjoyed making music that goes off on a tangent but doesn’t fall off the cliff. The songs are doors that open easily into bizarre worlds rather than places of comfort.”

Ugly is the first single from the EP. With a carnival in tow, Mazzetti saunters through dark back alleys as he tells a tale of a troubled man discovering a new life with new challenges following an experience with a lascivious creature.

“The word ugly has such an immense amount of power. People react strongly to it – especially when it refers to a woman. That in itself says something. I purposefully wrote ‘Ugly’ to be able to be interpreted in different ways. I like to let the listener make the decision on how they want to receive the meaning. Some people hear it as being about a man who is sponging off of an aesthetically unattractive woman. I like to think of it as a song about a woman who is beautiful on the outside, yet has an ugly soul. I hope to inspire the listener to question the meaning of ugliness and to search for more in my songs than the surface understanding of the lyrics.”