Suddenly Constantly is the lush, intricate EP by Los Angeles-raised, Montreal-based Smileswithteeth (Gabriel Gutierrez). Inspired by a trip to Iceland with his girlfriend at the time, Smileswithteeth explains, “my girlfriend (who my EP is about) and I broke up almost exactly a year after taking the terrible trip that sparked these four songs in the first place. It’s hard to care for someone without hurting them, and it’s hard to build back the trust that was lost. But the reward for doing so is incredible, overwhelming, beautiful, sudden, and constant.”

Despite the sorrowful backstory, the EP is a vivid realm that envelops you with a visceral warmth. A myriad of chimes and playful notes freckle the space of Almosts while deep drums reverberate across the trembling azure nexus. Pitched vocals stretch through the scenic June with a bouquet of the suns fabric that lacerates your breast. We Fight In The Prettiest Places is a picturesque high bpm kaleidoscope that rises at dawn with the ruby sky and flashes forward with a brilliant living torch. Closer Mornings is an enigmatic beauty with an awakened smile that plays in your eyes and lips before fading into the endless mountainside with lost and forgotten memories.

I had the pleasure of speaking with Smileswithteeth about that trip, the project, and more. Read it all below and spin the beautiful Suddenly Constantly, followed by the eclectic mix he cooked for us.

My name is Gabriel and I’m originally from Los Angeles, but moved to Montreal for university and have stayed since.

Was it for music? And what made you pick Montreal?

Music was a big part of it. I had followed Montreal’s music scene from afar and the cost of going to university here was going to be way cheaper because I had Canadian citizenship from my mom’s side.

I wanted to be in a city and Montreal seemed like a cool place.

How’s the scene in Montreal compared to LA?

Montreal is great for certain kinds of music (rock mainly, techno sort of, experimental jazz), but I really think LA has one of the best music scenes out there, so it’s hard to compare, especially for the type of stuff I do.

Before your trip to Iceland and the subsequent breakup, did you have another project besides “Suddenly Constantly” in the works?

I’d been working on (and still am) working on a “no samples” project based off of two days of recording with session musicians and that’s pretty much it!

Did you imagine that something so lush and vibrant would come out of that trip? I feel like if it were me, it would just be dark and bleak.

I tend to gravitate towards lush sounds, or at least things that I find beautiful and soothing. I’m pretty happy most of the time, and I’ve never really been able to make stuff I like when I’m sad. I think with this EP it became a way of abstracting myself out of some of those genuinely difficult and sad emotional spaces, which isn’t necessarily a good thing for actually solving problems in a relationship, but is the only way I know how to do music.

On a more macro level, I think so much music, especially electronic music, often falls into the trappings of being “sad” or “dark” as a way of affecting emotional depth. I think that it’s very hard to express happiness in a complex way, and it’s not something that we see very often. This isn’t a “happy” EP by any means, but there are moments of levity and beauty on it that complicate its melancholy, like an ex-lover that still makes you laugh.

Definitely. With its vividness and knowing the backstory, I feel it captures those melancholic moments really well. What was the process like for the four tracks?

Thanks! Most of the tracks existed in some form or another – some going as far back as 2014. Then after the trip, it was just a matter of culling tracks and adding elements (vocal samples, etc.) and finishing things up. The last track on the EP was the most recent one and the first one was the oldest. 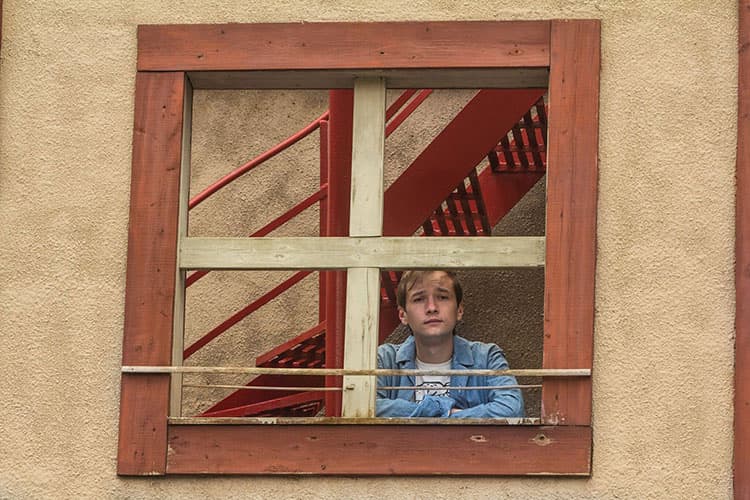 What was the toughest part about putting this project together?

Working with a label (knowmad records in India) slowed things down considerably, but it was a good learning experience and I think we all tried to make the coolest final product possible.

Trying to write about the EP and subsequently do interviews was also hard. I hurt the person this is about in a lot of ways and it doesn’t help that it keeps resurfacing in very public forums from time to time, so I’m trying to be as upfront as possible about that.

Do you still keep in touch? And what does she think of the EP?

We do. It was a pretty humane breakup, all things considered. She likes the EP! It’s just a difficult reminder, you know? She’s probably the coolest person I know for what it’s worth.

“Walk Forever” was made at the tail end of a particularly low point in my life, whereas “Suddenly Constantly,” all other context aside, was made surrounded by people I love in a city that has been really good to me. I think I’ve just been doing normal person shit, building, and deepening friendships, working and figuring out what I want to do in life and maybe that comes off as more confidence with music. Musically, I think it took me a while to figure out what to do after my first release (Everyday Always) and to not be afraid of trying different things.

Have you figured out what you want to do with your life?

I’d love to do something that leaves music as a side hustle. I’ve seen a lot of people get run over by creative industries and I’d rather keep music as a fun outlet instead of a grind to barely make a living off of. Right now I’m looking at working within communities doing some kind of social justice work.

With that said, what’s next for Smileswithteeth?

I’m hoping to get a grant to finish up that project based off of a couple of days of session recordings with jazz musicians. I’d like to tour again and collaborate with some more folks on top of that!

I guess it’d just be when I can groove to it from start to finish with it keeping me interested the whole way through? I’m a believer in the functionality of music, so as long as the track does what I want it to do, I’m happy calling it done.

Would you recommend everyone visit Iceland to break up with their significant other just to make amazing music?

Absolutely not. People > Music. And everything there is way too expensive.