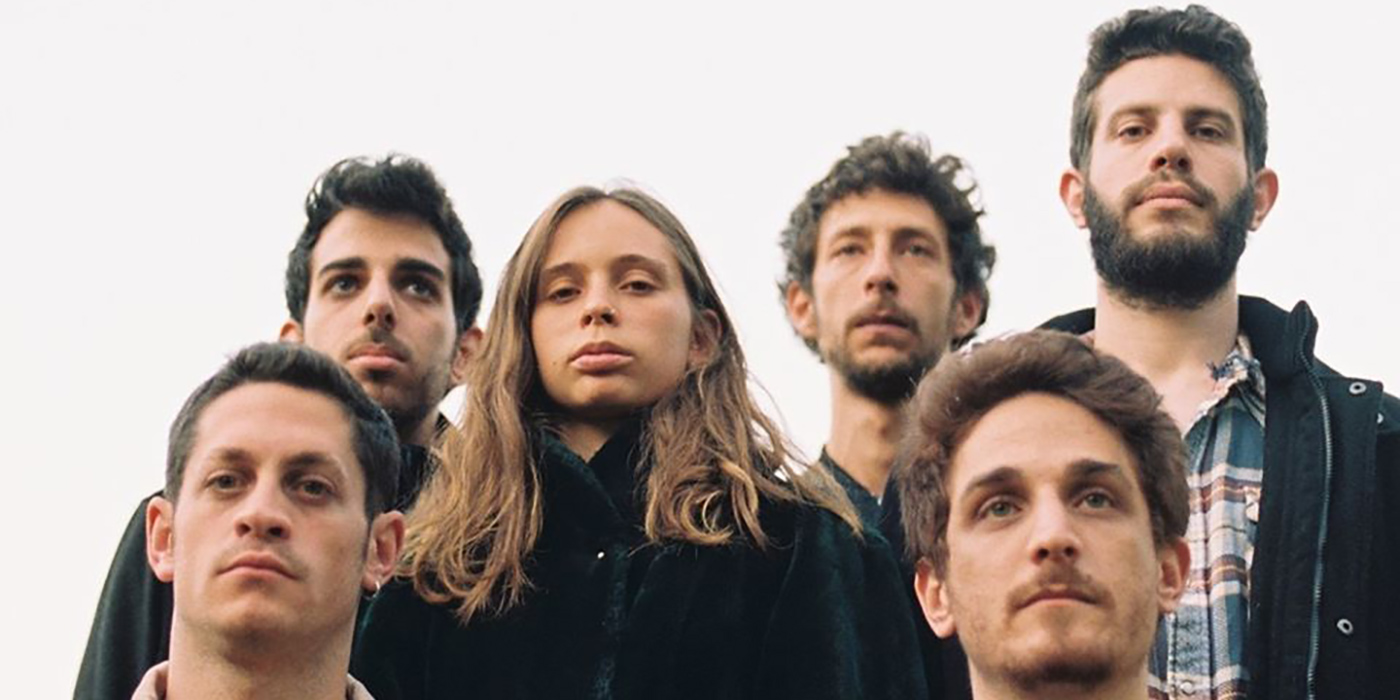 Tel Aviv-based outfit Bones Garage fuses post-punk aesthetics with a touch of surf rock and shoegaze that sometimes threatens to spin out of control. Last March saw the release of their second album, ‘Oi Ma Yeah’, and this May marks their third featuring I’ve Loved.

This time around, Bones Garage slow things down as they reflect on all the different types of good people one can and has loved while loathing yourself. In the accompanying video, Singer Ariel Pedatzur sits still singing towards the camera with a vulnerable and captivating stare.

I spoke with Pedatzur about the I’ve Loved video and the band’s forthcoming album, “Poland”. Watch and read below and look out for another two singles and videos before the May release.

What was the inspiration for the video?

Well, mostly we wanted to do something very simple. Our previous videos, for “Birthmarks” and “Homo Sapience Love”, were big productions with actors, storylines and so on. This time we wanted something smaller, with more focus on the song and on Ariel singing it.

There isn’t a whole lot of imagery, in the song or the video – they’re very simple and direct. The song discusses themes of self-loathing (quite ironic given its name), in this modern society where we are rightfully expected to love everyone, but it seems that so many people struggle to accept and love themselves.

It was filmed in a hotel room in Netanya, Israel. It’s part of a trilogy of videos filmed on the same day at the hotel – each video begins where the previous ended. The next two will be released soon.

We basically filmed 3 complete videos in about 6 hours – this has to be some kind of record! All of them are one shot in one take, without a script, and most of the ideas were improvised on the spot. The reaction from Ariel at the end of “I’ve Loved” is 100% genuine, it wasn’t planned. These next two videos include some more difficult choreographed sequences – all made up, rehearsed and filmed on the spot.

As we said, it was very DIY. There was no crew – just the band and the director, Or Ben Zrihen, who was also operating the camera. The next two videos feature the entire band on camera, but we’ve also had some production roles like driving to buy everybody sandwiches! It was very spontaneous and refreshing to work like that, and it was a really fun day for the entire band.

“I’ve Loved” is more stripped back than previous material. What can we expect with the new album?

Well, it’s still very much a full band album, a lot of songs are upbeat. “I’ve Loved” is the “smallest” and most stripped back song in it. However, we feel this album is a lot more personal and intimate than the previous ones – it has a lot of themes of family, love, relationships and origins. So in that regard, “I’ve Loved” is a great representation. Those themes are also reflected in the album title, “Poland”, a country where most of us have family history in, and in the artwork – it’s all pictures from our family history. The picture on the “I’ve Loved” cover is Dor’s dad.