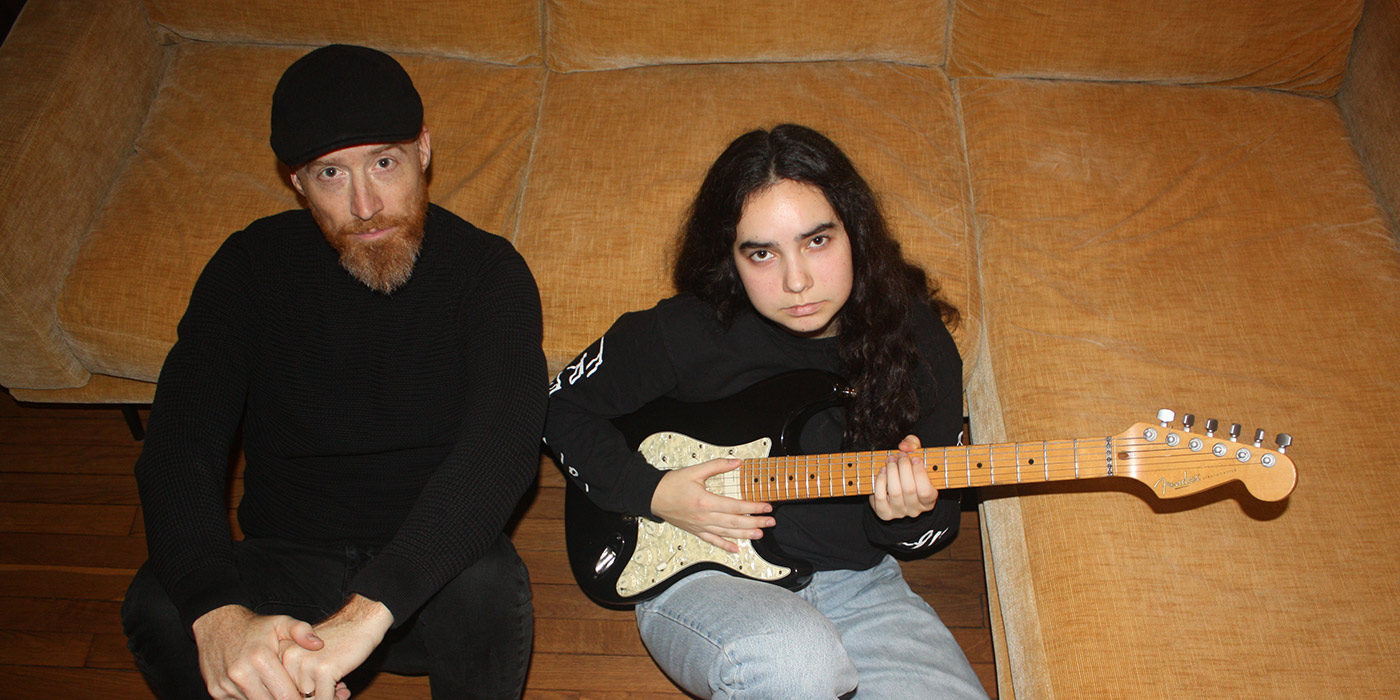 Jana Bahrich and Chris Hewett are the duo behind Francis of Delirium. Together, they fuse Hewett’s love of 90’s grunge with Bahrich’s DIY ethos and May 22 marks the release of their debut EP, ‘All Change’, named after the announcement train operators declare when they return to their original destination. Its title imagines the sense of hope lifting in their stomach as they prepare to get off and start again which fits with their second single, Circles.

Francis of Delirium channel those grunge inspirations and add a dreamy lo-fi layer with weightless guitars. Consumed with despair over a failed relationship and the monotony of life, Bahrich tears herself away with a triumphant howl.

“On a personal level it felt like every aspect of my life was giving into this circle,” explains Bahrich. “It’s about the first time you really like someone and then it ends, and you don’t know if that sadness will ever go away because you’ve never experienced it before. By the end of the song there’s this light, and desperate claw at trying to pull yourself back and out of the circle.”

Accompanying the single is a video capturing Bahrich spinning in circles on the floor and biking throughout Luxembourg. Watch and read our chat about the video below.

How’s quarantine been treating you?

It can definitely be frustrating, we’ve had to cancel a show because of it but in the grand scheme of things we’re not being affected too badly, still healthy. Doing our best to just keep our heads down and make cool stuff, been using it as an opportunity to slow things down a bit, work on a music video from home and just write more.

Can you elaborate on some of the imagery used in the video?

Colours are a pretty big thing in the video. We’re playing a lot with going between blue and red, which is something I’m trying to keep consistent throughout all the videos. Using a lot of primary colours, because the stuff I’m writing about is very much related to everyone and we’ve all experienced it. With the last single we released (“Quit Fucking Around”) the primary colour in that video is red and in this one we’re switching between red and blue a lot. It’s supposed to be me coming out of sadness and moving into anger, whether that’s at myself etc. which is not the healthiest way of dealing with everything, but at the time felt like a stepping stone into realizing that something has to change. So the colours are meant to represent that movement out of wallowing and the movement into anger or tough love and going, you kind need to take a look at yourself and get it together.

The other main source of imagery in the video is the bike. Not just because the wheels are circular but was more just for myself because at the time when I was writing “Circles” I would bike pretty much everyday and I would bike the same route, which gave me a lot of time to circle the thoughts in my head. So at that time, I was physically moving in circles and mentally moving in circles so I wanted to add that in to give a nod to that time in my life.

The video was filmed at Chris’ house and a farm near my house where I like to bike, we set up a ladder in his dining room area. 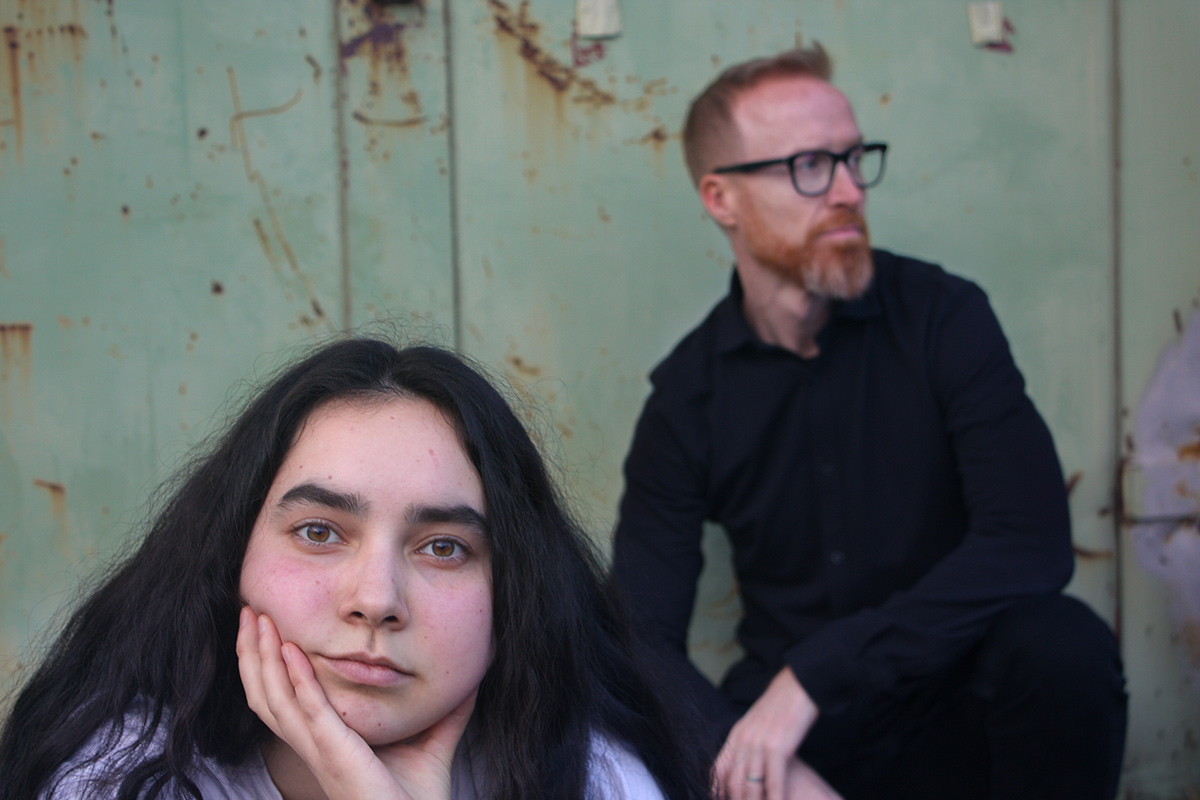 I really enjoy the editing aspect of it until I get to the last ten percent where it’s not the creative part and it’s more trying to clean everything up. I also really enjoy the editing because it’s where I can build more of a story out of the video. We had very limited shots and settings so in order to make a video that I felt was interesting I had to do quite a bit to make it feel less like there wasn’t that much going on. So it’s a cool challenge.

We shot the video on an iPhone by cutting out a hole in the bottom of a box hanging it on a ladder and using a banana in the box as a counterweight. Chris’ would rotate the box and then we would cross our fingers that it would spin for the duration of the song. At one point the box fell and the phone dropped on my face, we thought that footage would look cool and we’d include it but it was incredibly anticlimactic. Also because so much of the footage is rotating after I’d be editing for a while I’d look up and everything was spinning.

When you began recording ‘All Change’, was there anything in particular where you consciously said, “I want to put this on my album, I want and urgently need to talk about this.”?

Not initially. Generally, when I write, I write stream of consciousness until I say something that feels true to me and then I build from that idea. Once that happens then there is stuff I want to talk about consciously. Once I wrote the lyrics to the song ‘Karen’ it felt like the whole project started to make sense. This idea of battling your inner turmoil and what that looks like began to take shape and then that became something I urgently wanted to talk about and make clear on each song. At the very least just for myself to serve as a reminder that you can feel shitty, you can be a shitty person, but it doesn’t always have to be that way, you can break free from the version of yourself that feeds off of bringing you down.

I would pick Little Miss Sunshine mainly just because I love that movie so much and selfishly would want to hear our music in it. Plus it’s a little coming of agey and that feels fitting to the stuff we’re making right now. Chris said he couldn’t think of a movie to put our songs in, but would want them to be in the tv show Euphoria.

Listen to ‘Quit Fucking Around’, the first single from Francis of Delirium.