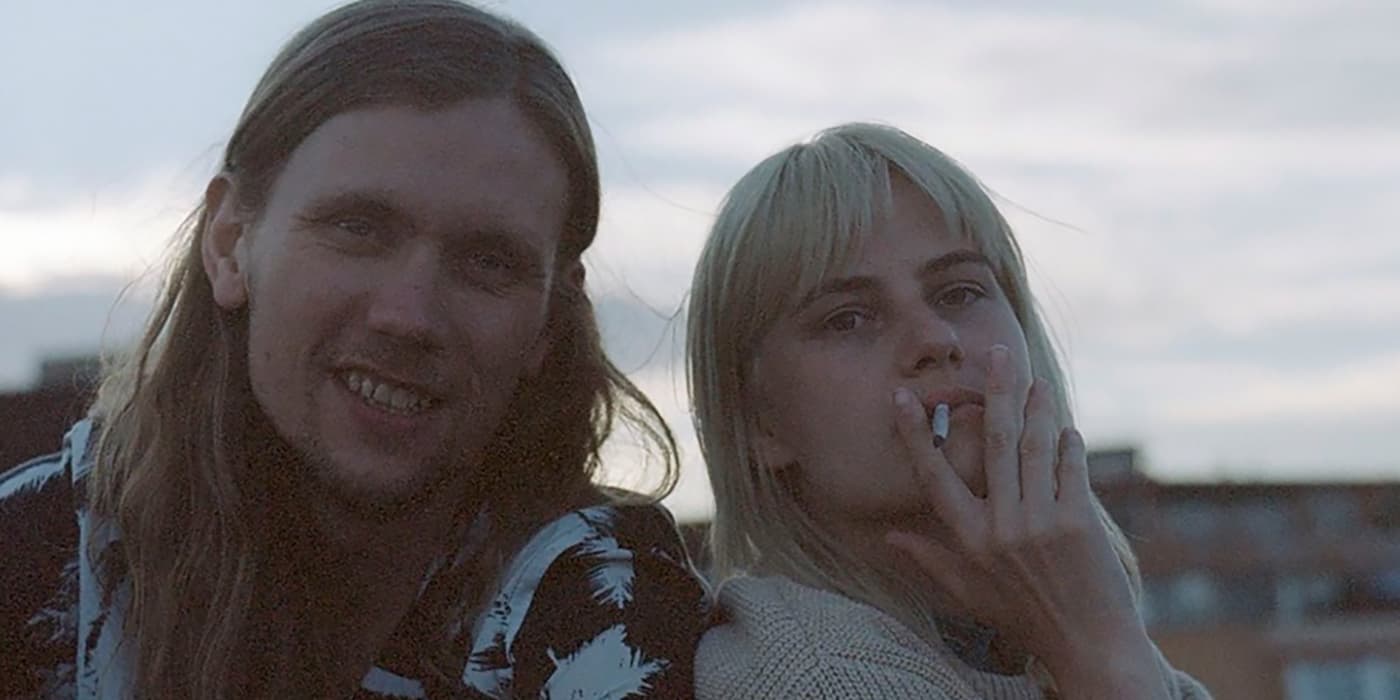 When they’re not running a concept retail store in Reykjavík or playing in other bands, Árni, Natasha, and company are releasing lo-fi psychedelic rock as Pale Moon. Following a month-long trip to Mexico, the duo began recording demos which led to their recently released debut EP, “Dust of Days”.

Exile was the first single they wrote. Inspired by The Rolling Stones and the Beach Boys, it’s laden with dreamy captivating melodies and lush harmonies that blossom with a honeycomb of breezy summers. Joining the single is an impressive one-shot video with costumes and animation made by the band themselves, so I spoke with Árni and Natasha about it.

Tell us a bit about yourselves

Hi! We are Pale Moon, indie duo from Iceland. Natasha is actually from Siberia, but we live in Reykjavík today. “Dust of Days” EP was our first mutual release, but Árni has been in countless projects before including most notable “My head is an animal” album with OMAM.

The idea from the video came from word “impersonate” that appears in “Exile”. We started with making suits that we wanted to dress fun characters in Reykjavík and soon it grew into more complex production of one take. A lot of influence of Ron Campbell’s work for Yellow Submarine visuals. All and all we were aiming for 70s vibe.

How does the video connect with the song?

There’s a sunny mood of the song that we tried to keep in video, but ultimately we felt that the song is impersonal and more of epitome of different people we know and relate. We wanted to use it in advantage as an opportunity to gather different people and show their unique personalities.

We looked into 70s aesthetics and put it into semi-modern imaginary world. A lot things don’t make sense there and we preferred it that way. Natasha, who designed costumes and animation also took her inspiration from psychedelic posters of that time and we hope it all clicked eventually.

We found the perfect street for this walk just 2 min away from our house. It was not only convenient, but we both love this part of downtown Reykjavík and it felt right. We had a permit to close it and also got multiple permits from neighbors to plant our food truck, lemonade stand, etc.

Natasha: Me and Árni were on opposite sides of the set and dynamics there were also different. I had to deal with a lot of drama with kids picking their roles and painting that will not stop to fall, so when we managed to put this puzzle together and get everyone in position do their parts in sync it felt very satisfying. Also I loved working with animation for the green screen.

Árni: The first take we took till the end without mistakes was amazing. At some point I thought it will be impossible and we had to do changes to the plot right on the spot when we only had 30 min more to go. When I heard “cut” we all jumped of excitement. We did it!

We had street closed for us till 16, but we still didn’t make the final take as we hoped. At this point police showed up to reopen the street for traffic and we were lucky to get another hour. One of the problem was with the burning painting and it took us a while to figure out how to burn it in good timing with the song. First full takes we managed to take were too slow, so we had to hurry up in our routine. Funny, but final take used in the video ended up being a bit too fast, that’s why the final scene is so long. And to our discovery, a car parked on the right side of that walk, making the whole scene not appealing, so Nata came up with “disney” ending there to cover up that car. That’s all folks!