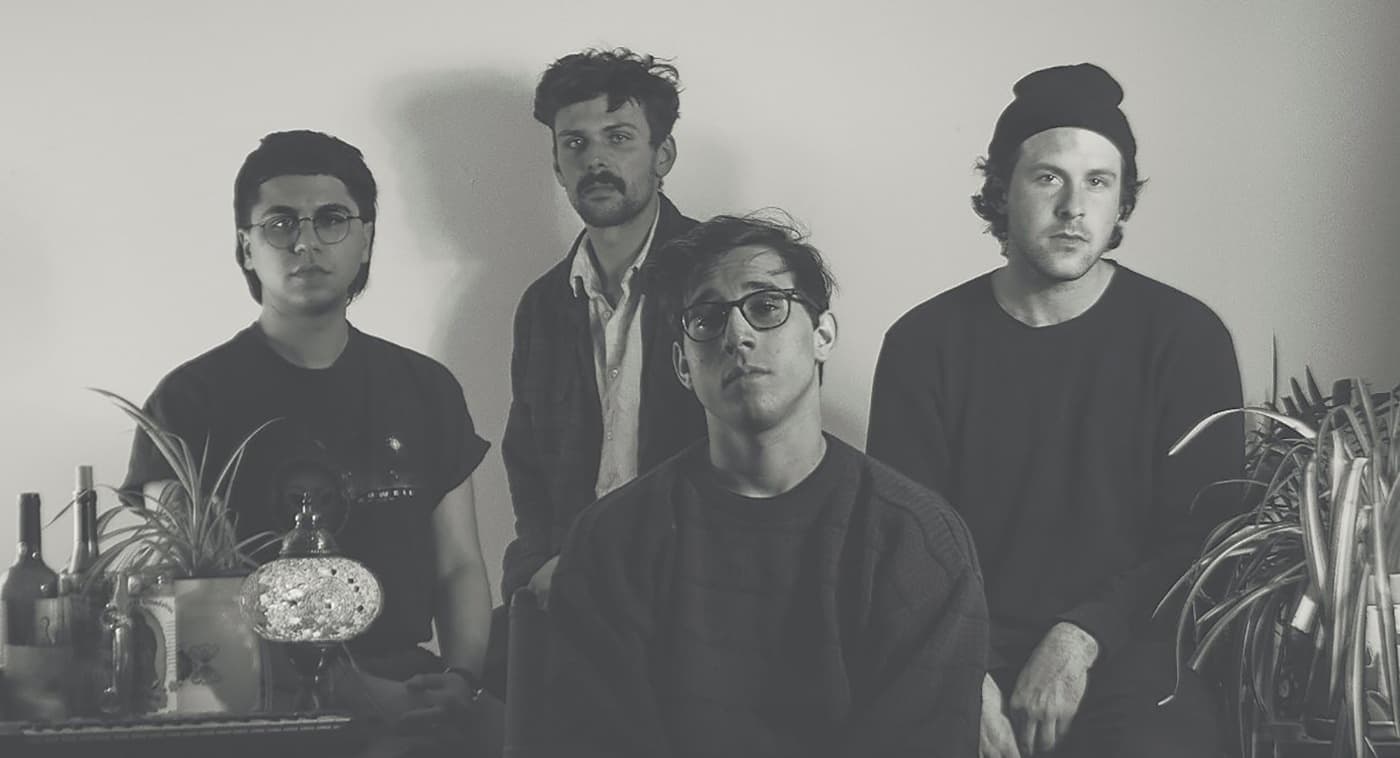 We’re kicking off the new decade with sci-fi thug pop outfit The Hazy Seas. The quartet met in school in the Upper Peninsula of Michigan and with an 80’s new wave, early 2000’s NYC rock, and dance-punk inspiration, they self-released the two-track “Evergreen/Kite Dodging”. They soon after moved to Chicago and began working on a more aggressive sound while playing shows around the midwest. Three years later, they’re set to release their self-produced debut album later this month and they’ve brought us the second single, Old Clothes.

Inspired by the grip of addiction with its teeth like knives, Old Clothes is a touch upbeat and saturated with a crackling ominous aura. Enraptured by darkness, guitars glisten through the ashen fog alongside the nervous laughter of driving drums while ethereal vocals howl, lost and brutally alone.

I spoke with the boys about the single, the soon to be released debut album, and more. Get lost in The Hazy Seas below.

There’s this spooky aura to ‘Old Clothes’. What’s the story behind it and can you walk us through its process?

Yeah, It’s definitely a darker song, thematically it’s meant to resemble death and the struggle of addiction and is an homage to a close friend. This one was written and recorded in one session which doesn’t usually happen at all with us, but its pretty compact with a healthy bit of drum machine thrown through some effect pedals.

Jack (guitar and vocals) and Tim (drums) have known each other since they were like 5. They grew up together near Detroit, Michigan. The other two members Alec (guitar and vocals) and Jacob (bass) came along while the four of us were going to school in the Upper Peninsula. We were a three-piece for a while then one of us met Jacob in a painting class (laughs).

What can you tell us about your debut album?

It’s got some tape hiss =] The album spans over a few years worth of writing and re-working. It’s self-produced with some mixing and mastering done by our homie Adam Stilson.

There’s a three-year gap between a couple of old tracks and now this. Why’d it take so long for new material and how do you think you’ve developed since?

We took some time off during that period, a few of us moved to Chicago before the rest, and we chose to take the organic approach to this project rather than forcing a shit out. A bit of a different sound came through during this period, getting a bit more aggressive and loud… We would have liked to get more songs out before this, but hey, its a nice way to enter the new decade! ¯\_(ツ)_/¯

What do you hope listeners take away from your music?

We want ’em to dance and cry at the same time, ya know?

If your music was the soundtrack to a movie, what move would you pick?

Besides releasing your debut, what’re you guys looking forward to the most this new year?

We just got a van so we’ll be doing some touring. Jack is getting a dirt bike and Jacob is getting a cat. Weed is legal here in Illinois now so that too. Fingers crossed for the downfall of American capitalism as well.