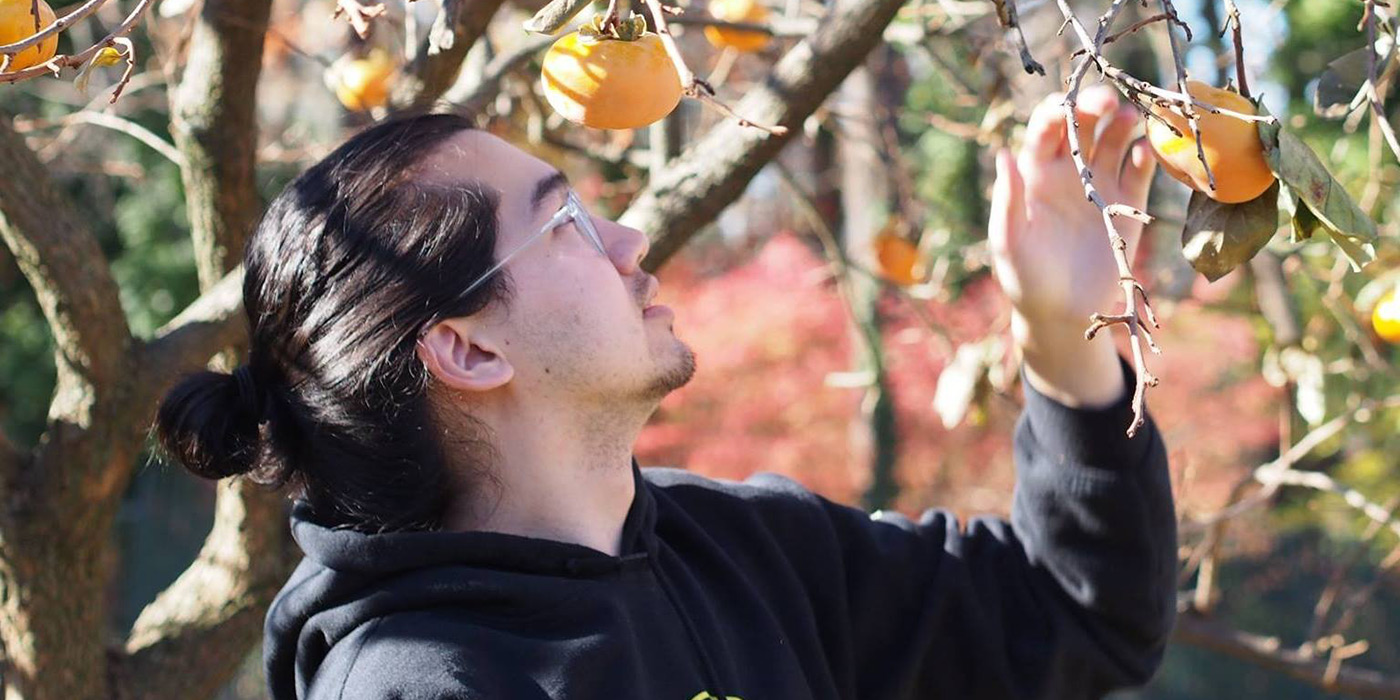 Welcome to a new series I’m starting called Track By Track where artists will discuss their influences, process, behind the scenes details, hopes and dreams or lack thereof, and/or maybe something more for each track on their album. I’m thrilled to have yllwblly join me for the first installment with his just-released debut album, Land Lover.

Written in the early mornings before heading for his office job, Land Lover was a long four-year process. While it began as a documentation of the collapse of a formative relationship in 2015, it also serves as a profound meditation on migration, memory, and the things unsaid between Chinese American family generations. With help from Max Wiggins (drums), Benjamin Gray (mixing and mastering engineer), and Matt Giella (trumpet), Land Lover touches on a collection of inspirations from lo-fi jangle-pop to psych-pop to folksy dream-pop ballads like the previously featured ‘Body in the Sea’.

Yllwblly’s old wounds, bad dreams, and what-ifs come together as a reflection on love and loss, old places and familiar faces, and where he’s been and where he’s headed. Learn more about yllwblly and listen to Land Lover, track by track, below.

I wrote this song during a snowstorm in Brooklyn in early 2016. It’s probably the rawest and most vulnerable track on the record, which is why I like leading with it. Lyrically, on one level it’s obviously about the aftermath of a relationship, but also about living with depression. The line “I’ve got one bad thing in my brain” is just about the helplessness that depression can drive you into, this feeling that something’s wrong with your brain and you can’t fix it. (Yes, I also read the zombie comic books, so that’s a metatextual influence here too.)

I Hope You’ll Get Yours in the End

A complete 180 in terms of general atmosphere. I like the contrast of the sugar-sweet melody and the lyrics, which are much darker and frankly quite petty. This is one of several places in the record where I’m quite conscious about being an unsympathetic narrator—which is not generally how we think about ourselves as the protagonists of our lives. Sonically, I was listening to a lot of dirty lo-fi indie stuff like Guided by Voices and early Mountain Goats at the time, and wanted to channel that kind of chaotic, rough-around-the-edges sound here.

This was probably the first song on the record I wrote. Pretty much all the songs I wrote just on an acoustic guitar, singing in my bedroom. I wanted to basically keep that intimate, confessional atmosphere when this song was actually produced, with the contrast of some lush vocal harmonies and a slightly grittier electric guitar as the song goes on.

I definitely have some folk influence as a songwriter, which comes out on a track like this. I love the drumbeat my collaborator Max Wiggins threw on here, which totally changes the vibe and is in a rhythmic register I would never have thought of. Lyrically it’s one of my favorites on the record. The first two verses are about a kind of out-of-body experience of a romantic argument—where you hear yourself as you speak and think, “is that really me saying these things?” I ended up throwing several piano dubs onto the mix, inspired by Wilco’s “One Sunday Morning” and the winding piano melody in its intro.

This is one of the last tracks I actually put down. I sat on the melody for years until I could finally put lyrics down that I didn’t hate. My sibling had a banjo lying around the house where I was recording it so I decided to throw on a simple banjo melody in the refrain, which was then just asking for some horns on it too. Lyrically it’s one of several tracks on the record that have sort of a nautical theme to them. I guess I just kept coming back to the ocean as a metaphor for love and loss, the incredible power and scope of it. After I noticed that recurring lyrical thread, I settled on the name for the album itself.

You can hear remnants of a simple acoustic guitar demo here—the backbone of the song—which then gets built around with a much fuller, almost psychedelic sonic landscape. I love the outro, which is one of the more maximalist moments of the album, with Max taking some great rock fills on the drums. Lyrically, the song is about how sometimes the worst thing a person can say to you is nothing at all—that feeling of being locked out of a partner or friend’s interior life can be the most hurtful thing of all.

I seem to write a lot of songs in 3/4. This is one of the more straightforward indie rock tracks on the record. In retrospect, I clearly was listening to a lot of Mitski when I wrote this. Lyrically, I was thinking about American nationalism and identity through the metaphor of a tumultuous romance, particularly thinking about my own experience as an Asian American. The whole “never quite belonging” is kind of a cliche at this point, but that’s what I was getting at with lines like “I know I could never be of you in the way that you want.” Frankly, I’m not sure what “your kiss is an unmade bed” means, but I found something compelling about the imagery of it.

Another waltz time signature. I’m very pleased with how the mix came together, I tried to play with a lot of different guitar textures—the staccato, almost classical picking in the chorus, and then the smooth, flanging descending strum that follows. The false ending was a product of my own indecision—I was into the idea of really short songs while writing this record, which is why you have several clocking under 3 minutes, but when I put down the recording, I felt it was just asking for a little reprise, which I think adds a fun dramatic effect.

Who Am I To Tell You

Another simple one, but one that really resonates with the headspace I was in while writing much of the album. The oohs and aahs in the chorus are a dead giveaway of my upbringing on 60s pop. That high synth you hear in the outro is actually a guitar played with an e-bow, which adds some texture to the mix.

I had a little interlude melody in my head that didn’t seem to be wanting a chorus or any other parts tacked onto it. So it turned into this. Since it was just a little ditty, the stakes felt lower and I could have some fun on the production, so it turned into a pretty dreamy, saturated extended jam. Perhaps my one bona fide guitar solo on the record? And a standout moment in terms of Max’s really musical, explosive drumming in the outro.

Another folksy one, but with a bit more experimental production. Moses Sumney was definitely a big influence on this one, sonically. Again, Max comes through which a great rhythmic vibe that the whole song gels around. The lyrics deal with themes of family, and the cultural loss between generations that happens in diaspora, and the desire to connect with people already gone (“all the while I’ve been knowing you from underground”).

Body in the Sea

This is another early one from the songwriting sessions that led to the album, and I think is a defining one in terms of setting the sonic and emotional stakes for the record. Again, the sea returns, this time in a wish for a love unburdened by the complications that come with time and baggage. There’s some 90s/early 2000s indie rock vibes here—I think I had The Wrens on repeat around this time. I tried to get an interesting layering of acoustic guitar parts, especially in the build-ups before the chorus, where they have sort of a frenetic, percussive quality.

Fittingly as the last track on the record, it’s also the last one that I recorded. I had the main guitar and vocal melody in the head for a long time, but could never figure out what to do with it. After months of putting it on pause, I came up with the bridge, this dramatic, descending chord change. It always struck me as a very dramatic melody, so I wanted to really do up the end of the song, with a big choral harmony and crashing piano chords.

I wrote most of the tracks on the album almost four years before the record came out, so this song is sort of a reflection on that process. Of coming back to old songs and old recordings, and tying them up with a bow. It’s looking back on the relationship and the wounds that most of the songs are about, from a very different vantage point, and yet still being able to time travel right back to those moments the songs bring to life.

Land Lover by yllwblly is also available through Spotify and for purchase through Bandcamp.