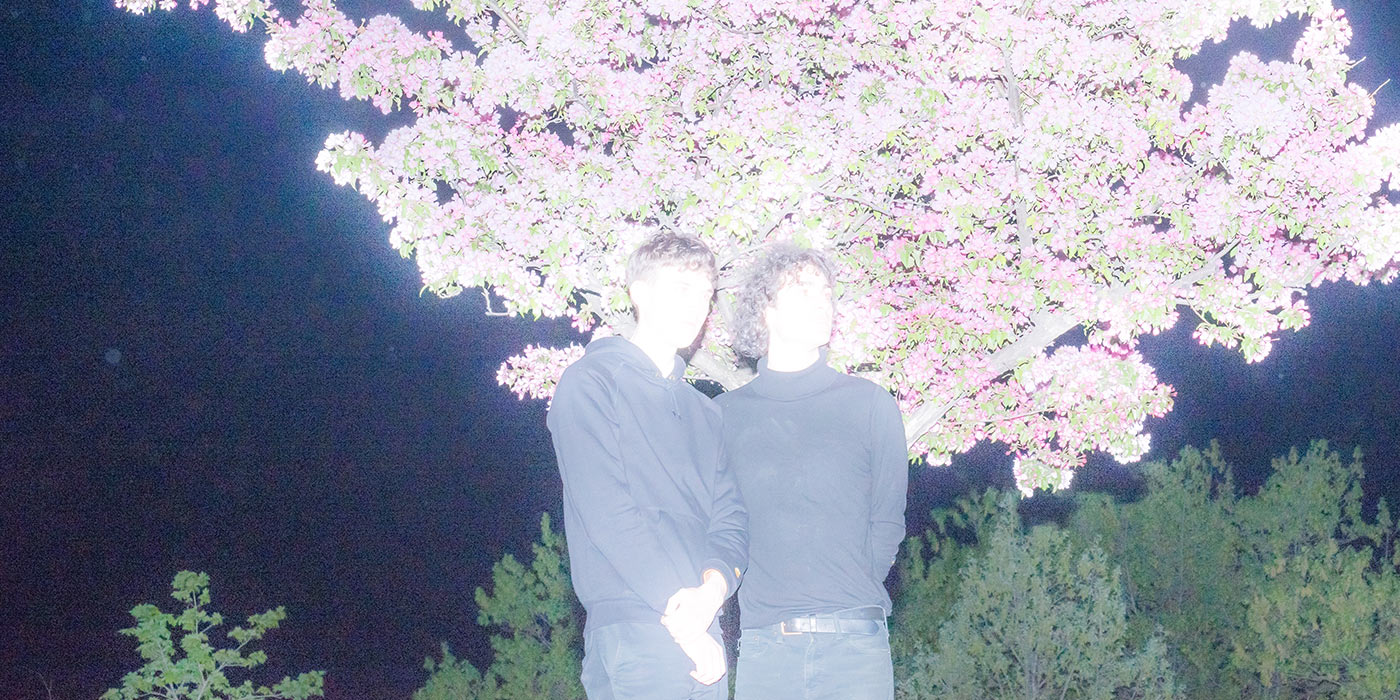 Those familiar with the defunct Montreal-based experimental pop outfit Look Vibrant may recognize a familiar face in People Pretend. Justin Lazarus is now joined by Max T as People Pretend and they recently released their debut EP, Sounds of Kids Babbling.

That experimental pop flavour still remains here but with an idiosyncratic touch as the duo expands their sound to explore the tension between irresponsibility and adulthood. From vocal effects to eccentric driving percussion, there’s a magical sheen reminiscent of early Animal Collective. I’m not the first to have felt that as Justin ended up mentioning his feelings about this comparison and more in the duos track rundown below. Keep your head out of the sandbox while you read more and listen to Sounds of Kids Babbling below. 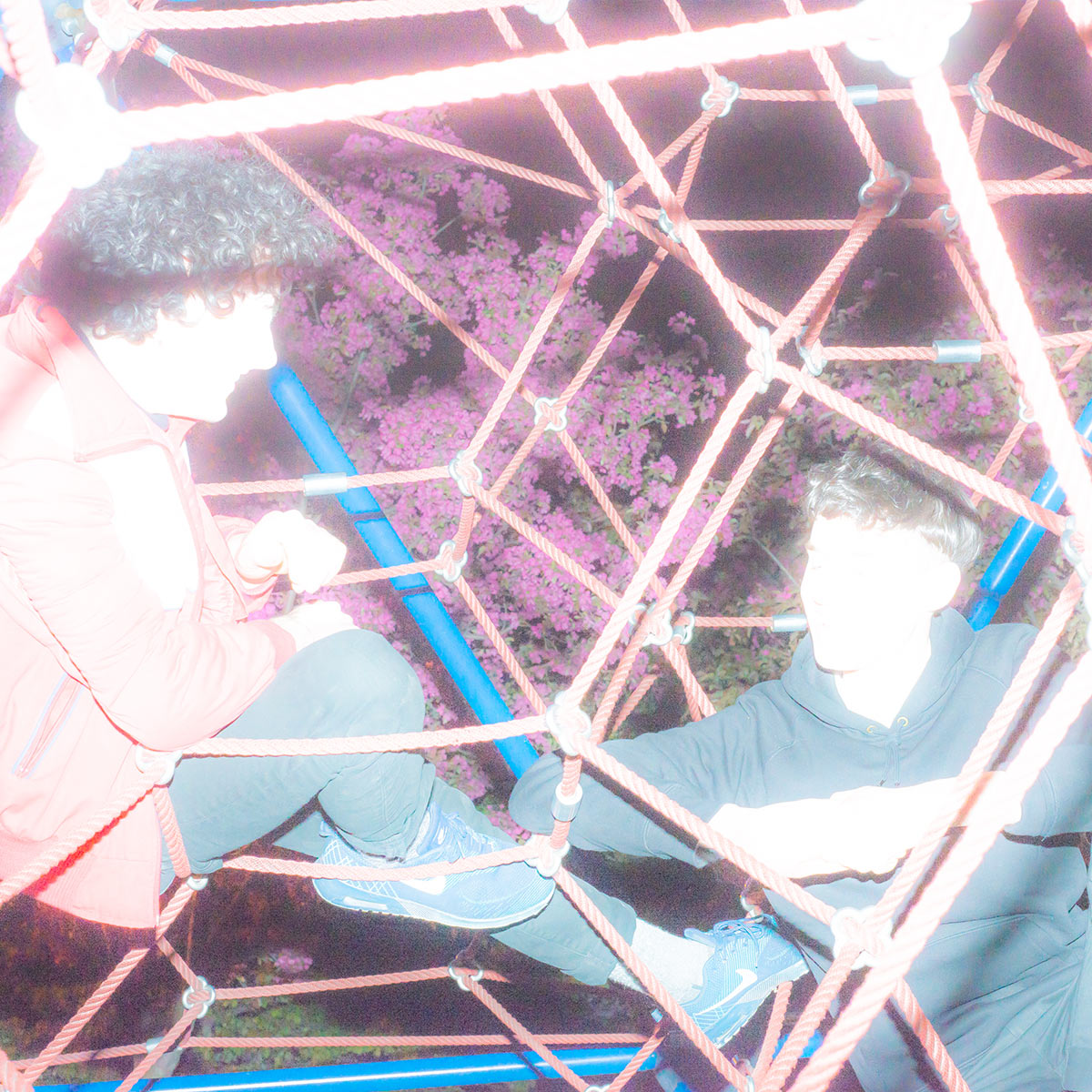 Poor Sufferin’ in the Mornin’ Time

Justin: I was writing the lyrics to this song around June 2017. I had just moved into a really bright room, and for some reason it took me months to get around to buying curtains. Also, my downstairs neighbours had a child that would play pretend games with himself on the porch at sunrise. So for a while there I was waking up around 6, opening the window to help with the heat and then just zoning out to this little boy’s vague murmurings. This, incidentally, became my morning routine. It stirred in me a strong emotional dialogue between my imaginative-self — who felt moved by the sunrise and this kids’ stream-of-consciousness talking — and my adult-self — who was sort of grumpy because the lack of sleep was affecting my productivity. This song was my best attempt at tapping into this peculiar hypnagogic state.

Max: Musically, this song started as a loop phone-recorded from an old organ that was picked up off the street. We tried to maintain this slightly-busted feeling with the rest of the arrangement, which ended up being quite a challenge.

Justin: This song was a very backward exploration of jealousy. I had just semi-broken up with a partner back in 2015, and they left me a folder of music. What else could I do but sample all that music and create a caricature of my ex passionately listing the virtues they were searching for in their next lover?

Max: This is Justin’s brainchild. I remember first listening to the demo out of my phone speaker at a train station when he sent it to me, because I couldn’t wait to hear it. As raucous as the final version is, the earlier ones were even crazier. It’s only been performed live once, and was accompanied by a synchronized dance.

Max: This was the last song written for the EP, and came together way faster than any other song we’ve done. What started as a drone I made to wind down after a frustrating work experience became a nice centrepiece to the themes of the EP. The lyrics were written right before I moved away from Montreal, and act as a sendoff to the life I was familiar with there.

Justin: Oh the joy of immediacy. This was the only song finished the same week it was created – let alone the same year. Max had a sick loop. I suggested a melody over it. He tracked it and we finessed some final details.

Max: ‘Who Can Say’ was reworked so many times, it is nearly unrecognizable from the original demo. Inspired by a teacher I had, this song is also about leaving the life you know behind, to mixed results. Musically, we tried to develop this idea by building the subdued, shy verses into a full kitsch-fantasy at the song’s conclusion — shoutout Esquivel.

Justin: As long as this project has been around (which is either 8 years or 4 months depending on how well you know us) we’ve been compared to Animal Collective. We’ve always had mixed feelings about this. On one hand, it makes us feel like Dads. As if we’re trying to make “modern-sounding music” by channelling a band that becomes more Dad with every passing media release or public statement. On the other hand, we grew up crying to Strawberry Jam 1,000,000,000 times, so of course it’s in our blood and bones. We both tend toward being somewhat bashful and self-deprecating with respect to the art we make but we’re working on being more shameless about our musical roots. Anyways, this song’s for Avey and Enya.

Max: The guitar loop ‘Dirt Eater’ is built around is probably the oldest idea on the EP — it goes back about 7 years! As we worked on the song, we realized that the guitar’s sentimentality was more interesting when challenged with the heavy-digital autotune. What you’re hearing throughout the song is two different takes of my voice layered: one heavily autotuned, and one essentially ‘raw’. This song was a breakthrough for me personally, as I realized making it that you don’t always need 200 elements in a song to make something compelling.

Justin: This song is maybe the most powerful on the EP for me personally. The original guitar line was written in our second apartment away from home. Grasping for grandiose life narratives amongst the stress and banality of university. We put so much pressure on ourselves to do more than we had the time for, and when we couldn’t achieve our goals we’d massively devalue our efforts. Though most of the arrangement in this song was finished in 2018/2019, it’s an allusion to that time, with images of burrowing our head in a sandbox and choking on the soil we play in.