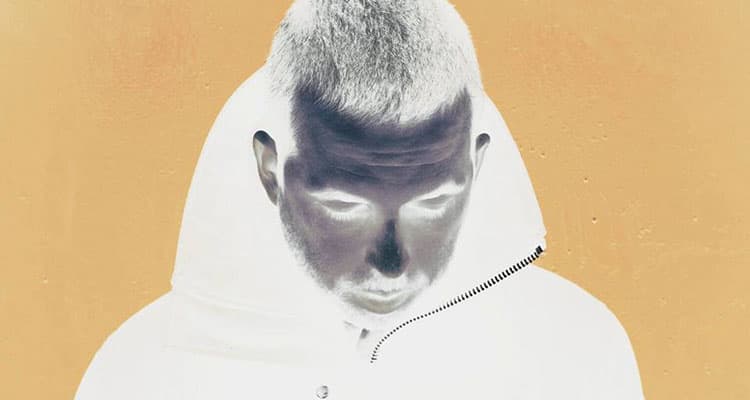 The first time I listened to Jack Grace’s EP, River, my surroundings spun and looped, leaving me in a daze. River is unlike anything else out there.

Opener Intro sets the mood for Grace’s heartfelt story with a distant piano until a tense swirl begins and leads into Nice To Meet You; a slow burner that builds into a frantic dub climax with a hypnotizing vocal loop. Last year’s stunning Hills is followed by the James Blake influenced Save You with its thick lurching crunches, while a fragile Grace admits he is “not a savior” between a stern textured roar of colliding sounds. Stop Your Asking brings flashes of Radiohead as Grace repeats, “these words are gonna hurt you/ so please stop your asking,” through the course of the sombre song with his frail timbre. Moving into a darker realm, a deep ominous bass reverberates behind At The River, with synths that long for an escape and a surprising distant guitar solo creating a strangely dark electro-pop ending. One of my favourite songs of the year, and one that I covered when it was released, All Lost, closes the album with a vulnerable honesty.

“I had a piano teacher who would make me explain why I had played every note I had played… If I couldn’t explain why I had played a note, he would say, “Why are you playing it!” And I would have to omit it from the chord even if it sounded ridiculous. Ultimately this approach filtered through everything I did. He taught me how to be intentional and that really affected me.” This heavy emphasis on the details is evident from back to front and flashes with brilliance for what should be a lustrous career. Each song is a unique entryway into his psyche that keeps you on your toes, pulling you in different directions as he explores various eclectic sounds while exposing enormous levels of emotions. Both the sounds and emotions resonate deeply and couldn’t have come at a better time.”