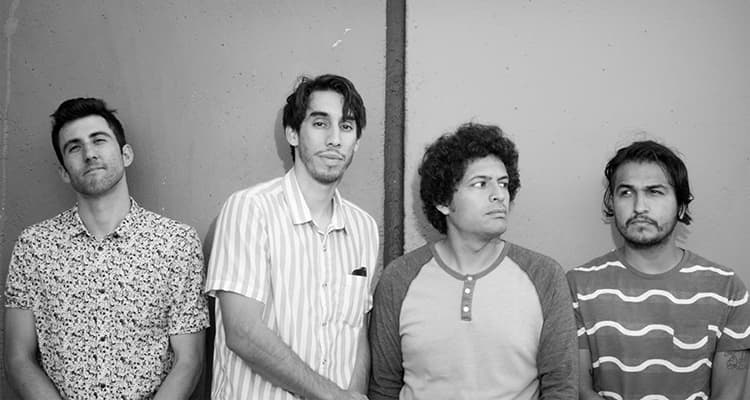 CAPTIONS. And “Bearfights” Is A Special Heaven

CAPTIONS. is a new four piece band from Ventura California, made up of John Figueroa, Joshua Zacarias, Marcus Paquini and Adam Gangi. The third single off their forthcoming album is the nostalgic dream-pop gem titled Bearfights.

Lead singer Figueroa’s astral vocals weave through summer tinged melodies and lush shimmering guitars. “There was a plethora of different events that inspired both the making of the music, and the words that are being sung,” explained Figueroa. “Mostly, channeling different experiences we’ve had and figuring out ways to condense those experiences into a few lines, then trying to entwine them together to form a whole new story altogether.”

Whether you’re driving through the city with the warm air blowing in your face, or dancing with all your friends, Bearfights is a special kind of heaven. Look out for CAPTIONS. debut full length, ITERATIONS. We can’t wait for this sleeper hit in the making.