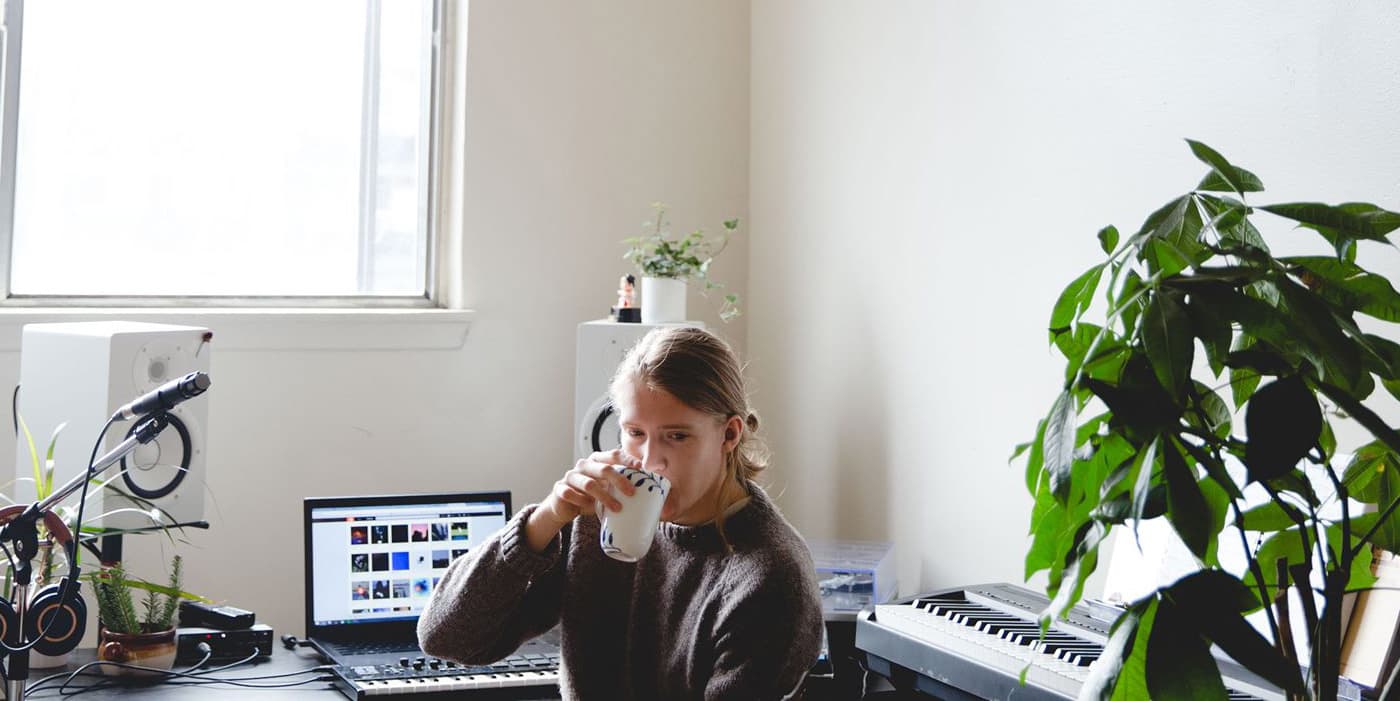 Before arriving in Toronto, the Vienna born rhoda (David Tanton) moved around with his family before moving to Toronto to attend the University of Toronto. He would end up dropping out of his program to focus on his music, which probably sounds like nothing you’ve heard before, but is something you’ve been missing your entire life and didn’t know it.

Inspired by the late nights when we immerse ourselves in dreams and nightmares, mostly nightmares, rhoda is writing intimate music in the most subtle way. Delicate guitar strums and piano notes hug an array of gentle and sparse textures with a warm static fuzz while birds chirp from beyond your window sill. It feels like you have your ear to the wall, trying to listen to the intimate conversations between friends and lovers. A sense of yearning strikes you as you begin to imagine you’re a part of these strangers lives. From his serene EP, Songs To Sleep To, to his recent upbeat single, I Love You, Still, with its surge of emotions from thoughts of her, rhoda’s work is elegant and exudes a calming warmth that you might need for these hectic and anxiety riddled days.

Listen to Songs To Sleep To and read our interview with rhoda below.

Hi, I’m rhoda. I like to read, and my cat sits on my lap whenever I’m at the piano. I’m not from Toronto originally, but it feels a whole lot like home right now.

You’re originally from Vienna, right? When did you move here?

I’ve been all over, but I moved here just about four years ago.

Yeah, I started going to the University of Toronto for physics/geography but ended up dropping out in favour of music.

What were you planning on doing with physics and geography?

I have no idea, I just enjoyed it. One idea was to become some sort of meteorologist, but I kept finding myself at my piano instead of at the library, you know?

What is it about the piano that you find irresistible?

I love the feel of getting something right on it, just how I want it to sound. I’ve never been formally trained on the piano, only guitar, but I think I like playing the keys more.

Your music is pretty unique with its sparse and hushed but colorful notes. Where do you get your influences from?

I always find myself writing while I’m awake way late into the night. I like how the whole world just kinda lays there in front of me, and I get to compose a different score each night, for everyone. And because it’s so late, I keep it a little quieter so I don’t bother them. 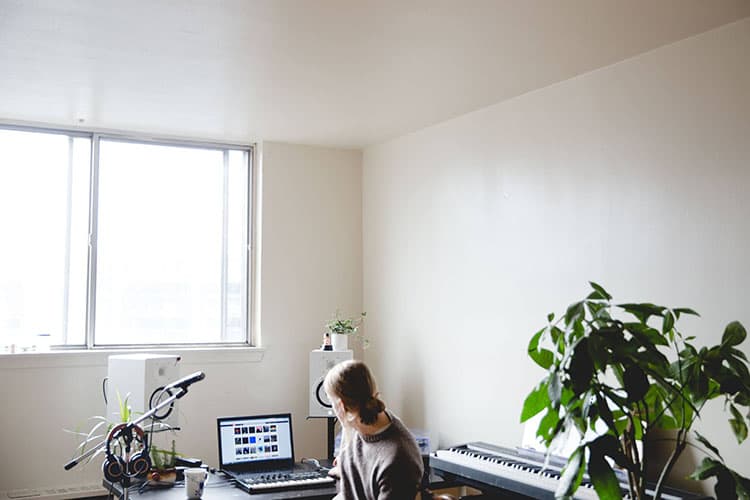 Do you find your travels seeping into your music?

I find that meeting people and getting to know their taste in music to a real intimate level can open your eyes to entirely different ways of experiencing sound, so definitely, yeah.

Ya, I feel that. Everyone experiences music in a different way.

One hundred percent. I love getting to know people by exchanging music. Just finding out their taste, and showing what music I hold dear to me feels right.

Most definitely. My closest friendships were fused by our love for certain artists.

What’s the song you’ve played the most in this last week?

Probably Yollks’ “Return To Sender” or Broken Luxury’s “Come Back“. You?

What kind of music did you grow up on?

Everything. My mom introduced me to choral and baroque music pretty early, bringing me to churches and chapels in Austria to listen. I also used to eat up the Jazz that ran in the background of shows like Tom & Jerry. I love that fast paced Jazz Manouche.

You recently dropped a track through alaya with mt. marcy. How’d that come about?

Mt. marcy has been a friend of mine almost since the beginning of both of our little careers, and we’ve been planning on making tunes together for a real long time. He mentioned that Simon was looking at him for a release, and sent me some stuff, and away we went!

Your last project was the majestically dreamy “Songs To Sleep To”. Do you have anything in the works?

Nothing with a name, at least not yet. I am planning on releasing a bunch of my more experimental music out on bandcamp fairly soon though. Things like “On A Singular Plane“.

Have you thought about doing live sets at all?

Definitely! I’m I the process of figuring that out. Trying to build something worth coming to see. 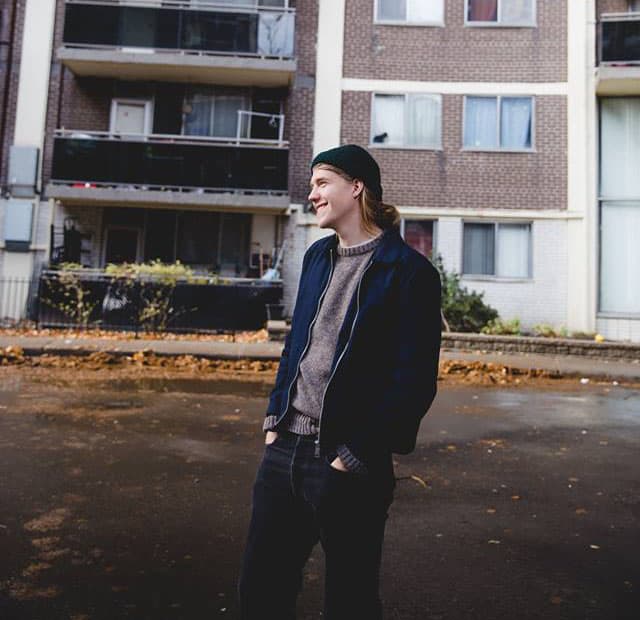 There are plenty. I thought of two things immediately, and the first is my dad. He is an advocate of chipping away at problems until they are nothing but a pile of dust, and building empires brick by tiny brick. Whenever something large faces anyone in the family, he just tells us to go “one step, one step.” I’d say that is one of the best.

The second thought was a man I saw for just a moment walking past me while I was in Seoul. He was in a crowd of people who all looked the same, business suits and smart dresses, students in uniform, and he had a hat on that my friends and I all thought stood out, and he smiled at us all and just said, in English, “Happy to you!” without breaking stride.

The second is hardly ‘advice’ but I’ve taken it as such, trying to stay happy, to me, as much as I can.

What do you think the secret to that happiness is?

I have no idea, but I don’t think there is one. I think the search of happiness is happiness itself.

With the year ending, what’re your plans for the next?

Planning on trying to learn the cello. The library near me lends out instruments for 3 week periods, and they have a wonderful array of instruments, including a cello! I’ve also got the inklings of a few small projects that I’d like to begin pursuing. Like I said earlier, nothing yet with a name, nothing solid, just things I’d like to try to flush out.

Do you have a favourite spot in the city?

There’s Banh Mi Nguyen Huong on the west side of Spadina, just above Dundas that I love to go to for a bite to eat. I also just love walking Toronto’s back streets. If I have the time to, I’ll walk anywhere I have to go.

That they find comfort.