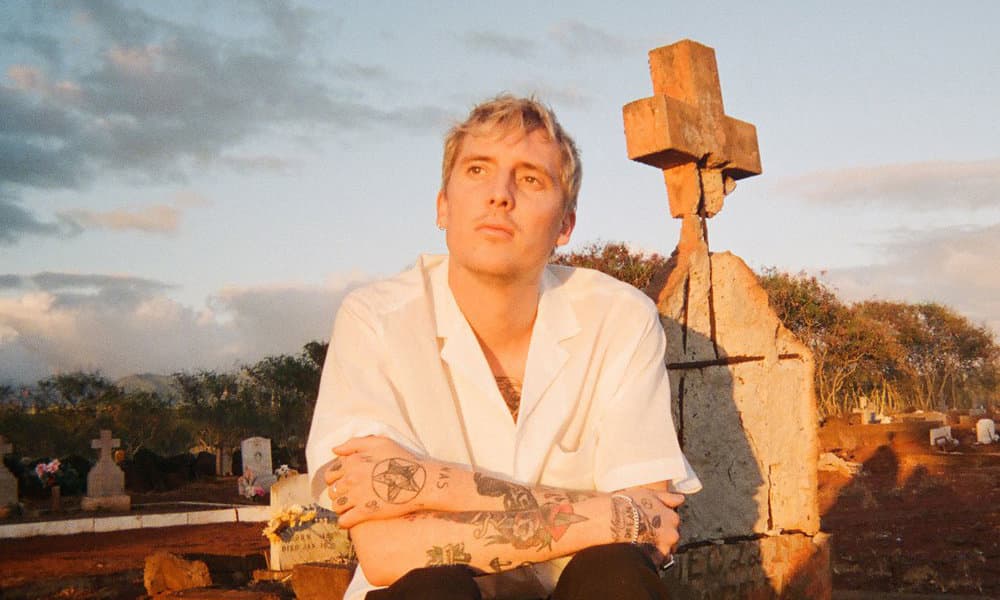 Stockholm-based Zacharias Zachrisson of Vacation Forever released his debut EP last summer featuring the pulsating “I Changed My Life For You”. His latest release is Shadow which was originally recorded around the same time as the aforementioned EP. It’s saturated with a cool new wave soundscape and melancholic howls from scratched walls.

Joining the single is a video with the help of creative coder Johanna Tano. In a sort of video wall art installation, Zachrisson performs with no CGI involved.

“The idea of this video started with an Instagram post in my feed by my friend Johanna Tano (@johannatano). She was working on an amazing visual art project with a bunch of old TVs. So I sent her a DM: “Can I borrow your TVs for my new music video?”.  And she said YES!

How it works? I have no idea! Johanna is a genius. There’s a lot of matrix code, computers, cables and black painted stands for the TVs. Together with the video director, Albin Eidhagen, we created custom made videos and animations for the TV screens which was live mixed when we filmed it.

If you look closely, you can see me skateboarding on one of the screens. We filmed me skating around in a green spandex bodysuit. That was kind of strange.

I hope you like the video as much as I do.”