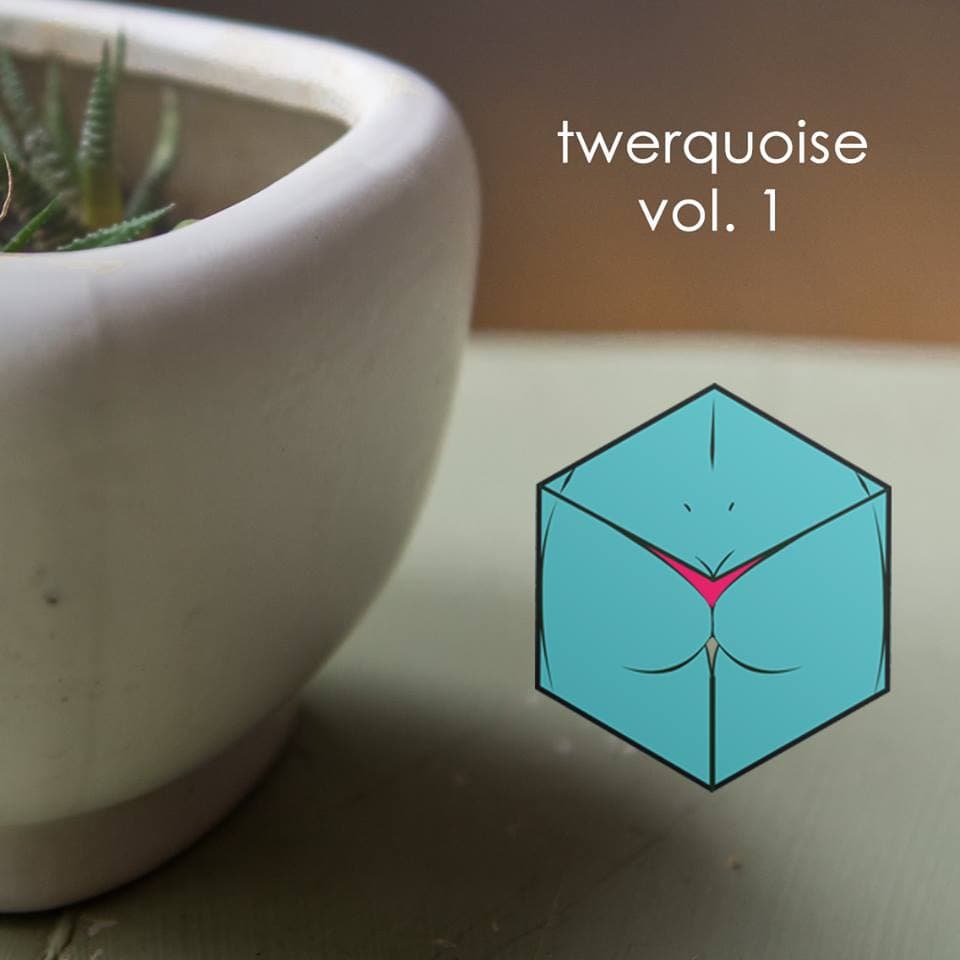 Born from a desire to be heard in a saturated Toronto scene, Wavvy Frog (Gus McCallum) brought together a select few from Ottawa and Wisconsin to form their own label, Twerquoise. With the launch of the label comes a compilation featuring each member along with Falcxne’s laid back opener, and then from Roy Rang’s peyote trip inside Adventure Land, to Candy Boy’s bumping future beats to house transition, there’s something fresh here for everyone. At only five tracks long, it’s even easier to hit repeat and run ’em through again.

After hearing Twerquoise Vol. 1, we hit up Wavvy Frog for a quick chat about the Ottawa scene and what they hope to achieve. Spin the compilation below and read our interview to learn more about this budding local group of artists.

For those who aren’t familiar, tell us a bit about yourself.

I’m a producer, I grew up in Ottawa and moved down to Toronto in 2014. Been producing for about 5 years and started getting into future bass around when I moved to toronto, which is when I started Wavvy Frog.

What brought you to toronto?

Growing up in Ottawa pretty much everyone heads out to Montreal or Toronto. It’s a pretty boring city, especially for music. You see tours all the time with a montreal stop and a Toronto stop and they just skip Ottawa. Ostensibly it was for school but the program I was in I could’ve done in Ottawa, but there’s just way more happening in Toronto.

So Twerquoise, how did all that begin?

Mike (Léthargie) and I have been making music together and kind of growing as artists together for a while, but while our abilities as producers was increasing, we weren’t seeing our music get more attention accordingly. Like I was getting more attention but while he kept putting out better stuff he wasn’t getting as much attention and that frustrated me. At one point I realized that as soundcloud producers starting out, a huge part of your audience is fellow producers and artists, and I wanted to find a way to engage with other producers to help each other out and promote people who are in the same situation.

Ya for sure, I mean everyone seems to be a producer now. It can be hard to make your music standout without that mutual support.

Ya, I find a lot of producers are hesitant to extend support to each other, even if they’ve had a helping hand from other people. I wanna make sure all the people I’m working with on Twerquoise are actually nice people who recognize that without other producers, we would have way less attention and support, and to buy into that sense of community.

Aside from Léthargie, how did all your paths cross?

Harris/Roy Rang and I met in middle school. He invited me over to play some bass for a track, and that’s when I first started producing. He showed me all the ropes. Nathan/Candy Boy and I met through soundcloud after working with crapface. I asked him to collab and we ended up writing an EP together (single is gonna be dropping on Twerquoise as our first release after the compilation) and when I got serious about starting Twerquoise, it just made sense to have him be a part of it. Falcxne is just a guest for the compilation, but I met him after Adam Bosley hit me up for an exhume compilation and I went out to a Shagabond show which is where I met 25th hr, Adam, Falcxne, and Shagabond.

I gotta ask, why “Twerquoise”?

Well the turquoise hexagon is a symbol I really like, it comes from (the band) Boards of Canada. I guess I just wanted something that illustrates the dual nature of the music we’re putting out. I want some turnup dancy shit but also stuff with integrity that you can listen to at home. Kinda goes back to the concept of idm. The turquoise part to me is a reference to the more chill part of the music, with twerking obviously referring to the turnup part of it, haha.

So this blend of turn up meets integrity is what will make you guys stand out?

Not integrity necessarily, that was a weird way to word it, lol. But essentially yeah, I’ve already started inviting people to join and I’m doing it very deliberately so that for everyone who makes dancey stuff, there’s someone who makes more chill stuff. A perfect example of that balance I think is Mr. Carmack’s releases where there’s such a difference between his dancey tracks and his chill tracks, but you can appreciate them side by side.

Ya, dude’s gonna be a legend.

What else are you looking for in roster additions?

Dope music is number one. I want to look for local people too. I have a few names in mind around Ottawa/Montreal/Toronto but I want to grow Twerquoise a bit before I start adding a lot. Gonna take that real slow for now. I’m also looking for female producers, so far its all young white guys so some diversity would be nice, lol.

You guys just had a release party for the compilation, how’d that go?

It was dope. I haven’t been in ottawa for a while so I Didn’t know what to expect. Had to set a lot of it up from Toronto. I turned 19 while living in Toronto so I have a really limited experience of shows and bars in Ottawa and I was blown away by the response. Turnout was great and people were really into the music. I’m excited for our next one. I want to start linking up with producers in Ottawa and trying to grow this shit.

And eventually hit the surrounding area?

Yeah absolutely! I want to do something in Toronto for sure and Roy Rang lives in Montreal now so we’ll do something there I’m sure.

With all these plans, anything you can let us in on for this coming year?

We’re gonna keep shit interesting with guest mixes and tracks on the regular. We’ll keep adding new members but in a very conscious way, and get new members both for releases and for shows. I’d like to get some shows going outside of ottawa by the end of the year, but for now we’re just focused on taking over this city and getting the name out as much as possible.

That duality I was talking about in the Twerquoise releases has existed in my own music, though I haven’t shared that through Wavvy Frog. So while I have some dope Wavvy Frog stuff lined up, expect a new project from me that’s a lot different than what I’ve been putting out. Wavvy Frog has gotten me the attention and connections to get in touch with collaborators and singers for this other project, I’m just waiting for the right time to share what I Have.

Just that I’m really stoked to have this shit up and running now and I can’t wait to start growing Twerquoise. For people who follow us as individual producers, they’re gonna enjoy what we do next with this, collectively.