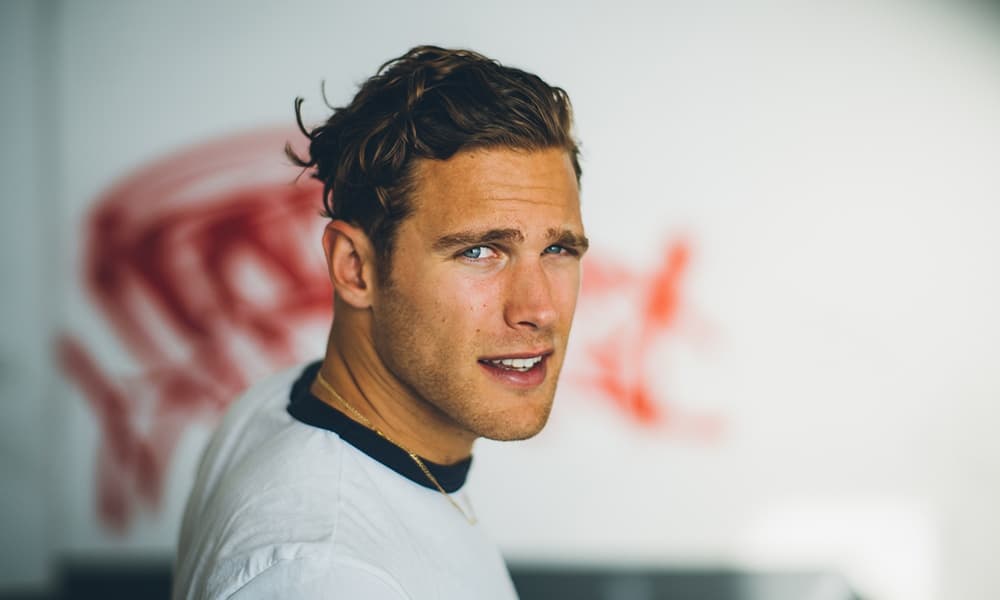 How often do you flip through social media and compare yourself and your life to others and their success? It’s a black hole that grips us with suffocating inferiority and self-pity. On Saboteur, Aaron Taos tackles the cycle of comparing yourself by throwing it back with a chunky 90s banger and accompanying VHS made video. Watch as he rips through Los Angeles and shreds on a moving van below.

The video was directed by my friend and roommate Taylor Florio who also has done my videos for “Bloom” and most recently “Closure”. Given the 90s rock vibe of the track, we knew we wanted to do something with a camcorder. Besides that, our previous videos and been pretty planned out so we just wanted to have fun with this one. We based a lot of shots directly around the lyrics – but besides that, it’s just us having fun and fucking around. The guy who is subletting my room while I’m on tour had a pretty dope old school van so we were able to grab some pretty hilarious takes of me soloing on the top driving through Angelino Heights… thats probably my favorite shot haha. – Aaron Taos