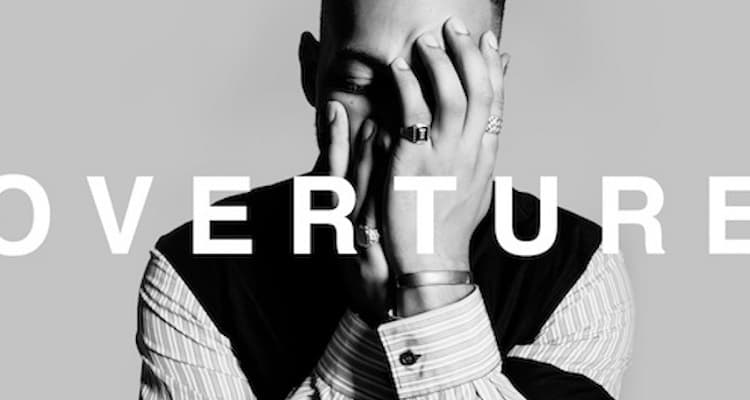 Toronto Spotlight: The 25th Hr Talks To Us About “Overture”

If you haven’t listened to The 25th Hr before (which you should have), Overture is a prime intro into his musical prowess. A multi instrumentalist from Toronto, The 25th Hr has no attachment to any one genre. Binding elements of alternative r&b, jazz, dub and more, his new EP Overture is an inspiring piece of music that will test you and leave you breathless with each listen.

Opener Lock & Key (4U) begins with piano keys and vocals, breaking into an off-kilter post-dub instrumental. The restrained but powerful emotions on Some Bad will enthrall you and pull you into its climax, leading into the jazzy Now You Know (Interlude). The 25th Hr keeps things engaging throughout Overture. On each listen you’ll hear something new that you missed, providing a sincere thirst to hear what will come next not only on the album, but in his career.

We asked The 25th Hr a few things about the project which you can read below.

Why Overture and what does it mean to you?

I’ve listened to a lot of OST’s from time to time. From movies to animes and video games. What I noticed was overture’s in these albums. I wanted to move forward with that philosophy of music, that this is something substantial, with no expiration. This isn’t my debut album or anything (on a major level), but I wanted it to be the start and continuation of my music.

o·ver·ture
noun
1.
an introduction to something more substantial.
2.
an orchestral piece at the beginning of an opera, suite, play, oratorio, or other extended composition.

Where did you draw your inspiration from for this project?

The funny thing with inspiration is I feel it’s like a collage of many mediums focused into one discipline. The scope of it was really wide. So, for me on this project some of it was drawn from music, movies, fashion and just situations in life, crafting them into something more tangible.

How would you describe the EP to someone hearing it for the first time?

A soundtrack . Alternative indie, with influences from soul/r&b, jazz, electronic music, and pop.

I know you begin with chords or vocals and build progressions from there, but between the dub, minimal r&b, and jazz, how do you decide what makes the cut?

Honestly, I think it’s all in the ear, just growing up my mom playing a lot of r&b and rap and Vince Guaraldi trio around christmas. I just have certain musical elements I gravitate towards and I hear them and that’s what I play. It’s a lot of trial and error, but I can feel when the vibe gets there.

Did you have any reservations about the release and the reception it would receive?

I spent about a year and a half on this project and have around 30 songs done, and brought the ep down to 6 tracks. Was waiting on it for too long, and when I had the opportunity to release it I just went for it. I have some negative connotations about it being too weird or abstract.

Who knows. It might be, but I just needed to release it because I’ll always end up making more music that I’m passionate about and want the opportunity to grow and release those in the future as well.

What do you want people to take away from this?

I just want people to feel something when they hear it, and it not to be something that plays in the background, and more so music that you connect with, and play for a purpose because it’s relating to a personal experience or mood.

For future shows, will there be a backing band or will it still just be you on stage?

It all depends on where I’m playing and what I’m playing. I’ll be doing some small gigs solo and bigger ones with a full band, and looking to do a bigger show with a lot of design elements in March, and also a smaller solo set February 12. Very low key though.