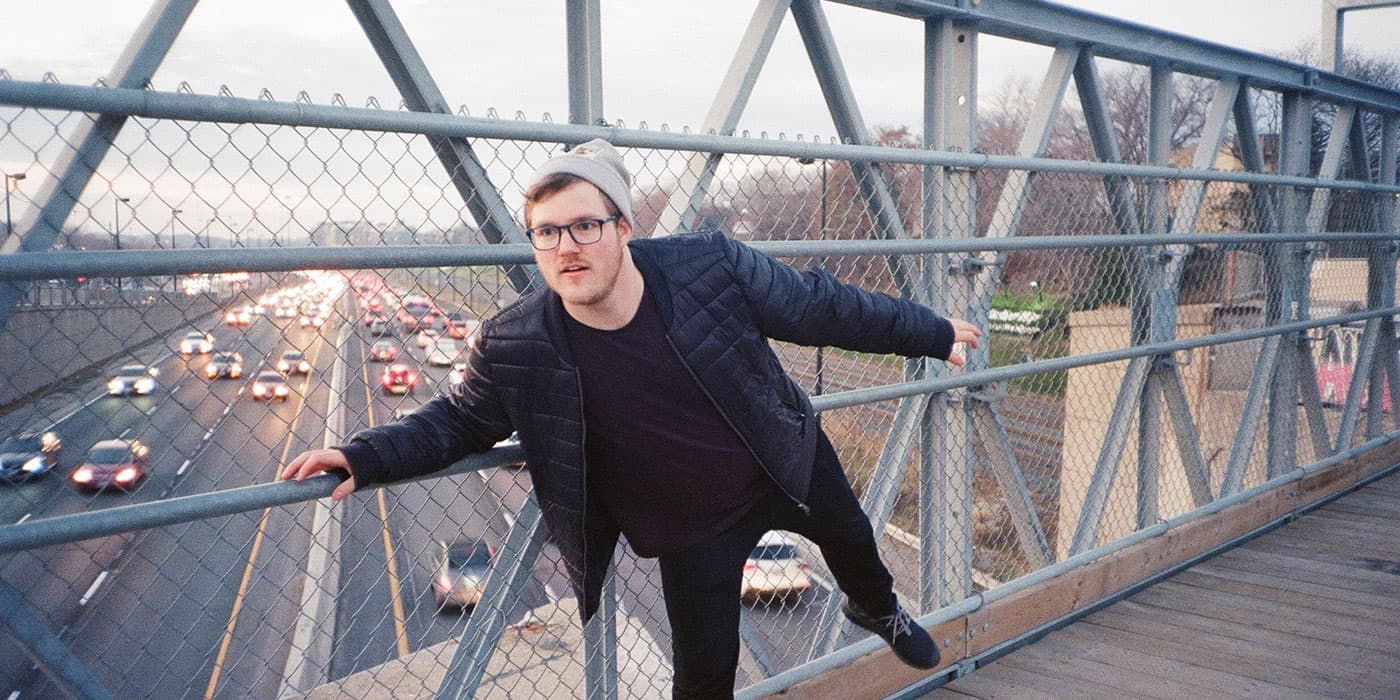 After last years “crumbs in motion” EP, Toronto’s sean + ur not (Sean Andernacht) returns with his next project meant as a soundtrack for, “a brisk walk and any type of cardio based activity”, titled “Walkabout“. It’s a four-track EP and a culmination of Andernacht’s soundscape work with a diverse palette of electronic styles and found samples. Earlier this month he shared the first single, “Path 2 Path“, and I now bring you 7AM ARP.

Beginning in High Park, Andernacht takes you through the many paths with transposed images of instruments, himself, 8bit gif’s, and other shots of High Park with keys that twinkle alongside neon pads. As your heart rate picks up, so does the song as the evergreen moan of a sax and a ripple of bass enters the gleaming fray where the digital world collides with nature.

Speaking on the inspiration, Andernacht says:

“I really love how lush ‘7AM ARP’ turned out! What began as a metronome synced to the sound of my footsteps turned into an ever-evolving, loosely orchestral piece that sets the theme + tone of the EP. Plus it meant I got to spend a day exploring beautiful High Park for the video, which places viewers in the setting by using the audio from that footage in a move inspired by YouTube videos of pop songs re-mixed to sound like they’re playing in empty malls like this Tears for Fears one youtu.be/DUhs3r6NYFY.”

“Walkabout” is officially out today and is accompanied by a zine featuring suggested walking paths (as seen in the videos for each track) as well as Jesse Letford’s film photography taken during past walks.