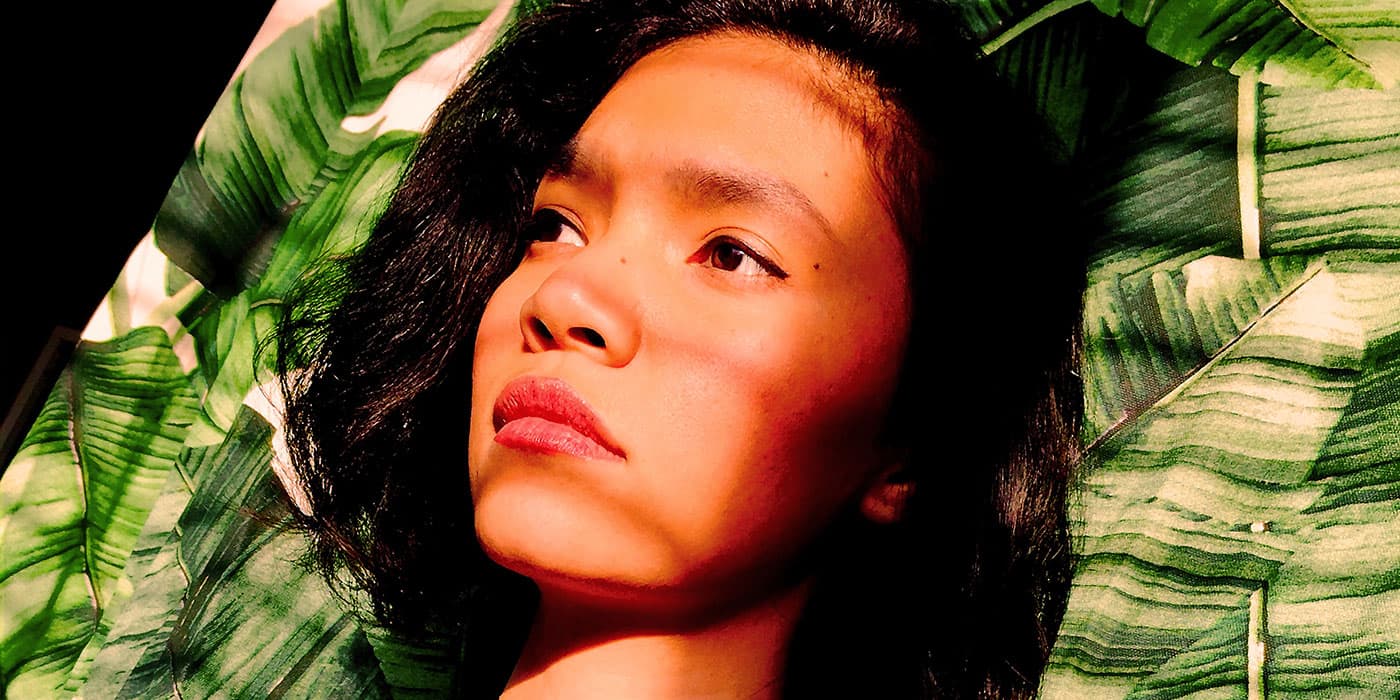 Belinda Corpuz is a Filipino-Canadian singer-songwriter and a regular in the Toronto scene, having played throughout the city for several years. She’s now set her sights on releasing her debut EP, All I Am, which was recorded this past winter and finds the emerging artist taking on a different role as bandleader. With an array of sounds and textures, she draws inspiration from memories, and experiences from personal history and everyday life where she explores the different journeys of loss, joy, guilt, and forgiveness. Today, we have the honor of sharing the first single from her forthcoming debut EP titled Storm.

The storm’s coming, but we’ll keep moving on.

Corpuz takes you through a tale that each of us can relate to – that fateful end of a once beautiful relationship and the despair that follows. There’s a chaos that desecrates our minds and hearts with memories now lined with crimson thorns. But on Storm, tender arrangements with a shimmering guitar in the distance of windswept debris and lush harmonies coalesce with Corpuz’s divine vocals and words that radiate the space with hope and promise. With heartbreaking beauty, Corpuz reassures us that not all is lost in the void of despair that suffocates us with the venom of time. And if we don’t have hope, then what is left?

We spoke with Belinda Corpuz about the city, her music, and her hectic life, so read it all below and prepare to be left breathless by Storm. On April 28 at the Burdock Music Hall, Corpuz will be releasing her All I Am EP, and you do not want to miss it.

Tell us a bit about yourself and how you got to this point.

My name is Belinda Corpuz. I’m a Toronto-based, Filipino-Canadian multi-interdisciplinary performing artist – singer/songwriter, musician, actor, and budding writer. For as long as I can remember, art has been the center of my life. Growing up I was constantly involved in the arts, creating and exploring music, and theatre. I’ve been through many phases with my art – it was once an escape, now it is a way for me to navigate through my memories and experiences. I studied Jazz Performance at the University of Toronto, which helped me further shape who I am as an artist, from the techniques and lessons I learned to the valuable friendships I made along the way. Since graduating a few years ago, I’ve had the opportunity to widen my artistic perspective through my involvement in different disciplines and projects. I’ve realized that the reason why I still create art is to share stories and connect with the world and people around me.

Sometimes I don’t even need my headphones, listening to the city there is a unique soundscape to it. I am brought to spaces of nostalgia, or of new discovery. When I sit down to write, it’s these experiences I draw from, the feelings my commute elicit and inspire.

How do you feel Toronto has shaped you and your music?

Toronto is my home, full of constant inspiration, from its urban landscape to the people I meet and interact with. The city has a vibrant arts culture – someone is always making art, whether it’s through live music, theatre performances, a film shoot, or a gallery opening. For me, I had the privilege of studying music and acting in Toronto with amazing teachers, learning from and alongside deeply talented artists. Even after school, I am constantly learning from all the incredible artists in the city!

On a different note, I commute a lot, walking through various neighbourhoods or watching the city move through a streetcar window. During my trips, I always listen to music. While I’m doing so, no matter what I’m listening to, the city moves with it. Sometimes I don’t even need my headphones, listening to the city there is a unique soundscape to it. I am brought to spaces of nostalgia, or of new discovery. When I sit down to write, it’s these experiences I draw from, the feelings my commute elicit and inspire.

Toronto is an ever-changing city. As an artist, you have the opportunity to evolve with it.

Having written and performed for several years now, how have you grown between then and this EP?

I remember the first I ever performed my original songs live to an audience; the newness of the experience was overwhelming. It’s different than interpreting already existing pieces – I find it’s far more personal and vulnerable. Now, I embrace this newness. Though for me this EP is full of old songs; the earliest dating back to when I was nineteen, I still connect to the feelings that first inspired them, even if they live in me differently. The songs have grown so much since their inception, though still carry the same meaning from when they were first written. They would not have grown so much without the help of my good friends, and band mates, much like myself. I am constantly inspired by my music and theatre community, which has fed into how I perform these songs today. I have changed and grown as a person so much since these songs were first written as well. It’s a gift to play them and still find a sense of novelty. 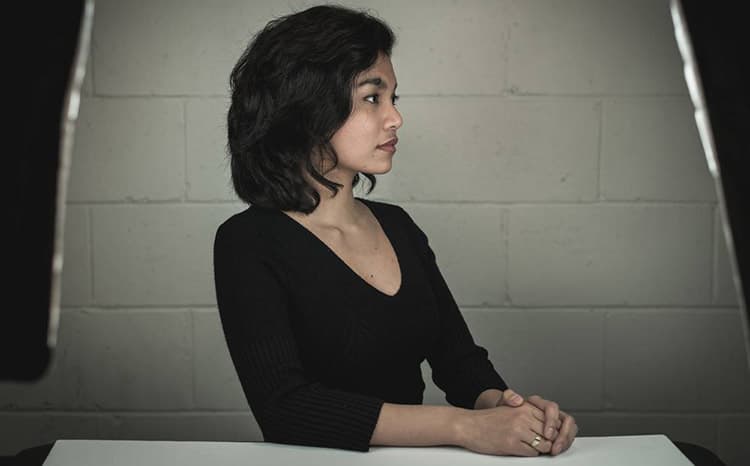 What can listeners expect from the ep?

In the broadest of terms, the EP is full of soundscapes of memories and emotions. Musically, it explores different scopes of the folk genre – sounds and textures that may also expand away from it, borrowing from various styles that have influenced me. My hope is that when people listen to the EP, they can connect to it, that it reminds them of something from their own lives.

With the numerous bands you play in, theatre gigs, and volunteer work you simultaneously have going on, how do you manage your time and sanity?

It can get pretty crazy sometimes. Throughout the day I always try to do self check-in’s, remind myself of where I am in the current moment. I try to connect to my immediate reality – assessing where I am in a literal physical sense (example: “I am at home now, at my desk, typing on the computer – nowhere else but here”), and in terms of my headspace and sensing-feeling body (“how do I feel?”). Recently I’ve been exploring mindful meditation and yoga! I have also worked with an amazing acting teacher who has helped me ground my energy and has guided my path toward self-awareness. It’s not easy – I have battled with depression since my teens, as well as anxiety during university. I’ve realized the importance of setting healthy boundaries and routines when it comes to my artistic work. It sounds so simple, but remembering to breathe helps me let go of the day, whether I’m in the middle of it or about to go to sleep. What keeps me going is being grateful for the wonderful opportunity to be involved in so many diverse projects. As Viola Davis said so eloquently in her Oscars speech: “[being an artist is] the only profession that celebrates what it means to live a life.” That, I am thankful for.

What’s your favourite spot in the city?

Admittedly, I am such a homebody (especially when I’m not rehearsing or on a gig)! Also, Toronto has so many great spots; it’s hard to say which one is my favourite. I love the microbreweries that have been popping up. There is one in my neighbourhood I love right now called Radical Road (Brewing Co.). I love so many of the music venues in the city as well, like Burdock Music Hall, and Holy Oak (which is sadly closing), the list goes on. Toronto has some wonderful parks as well, many of them I will fully take advantage of when summer finally arrives! For me, I just love exploring different parts of the city. There’s always something happening!