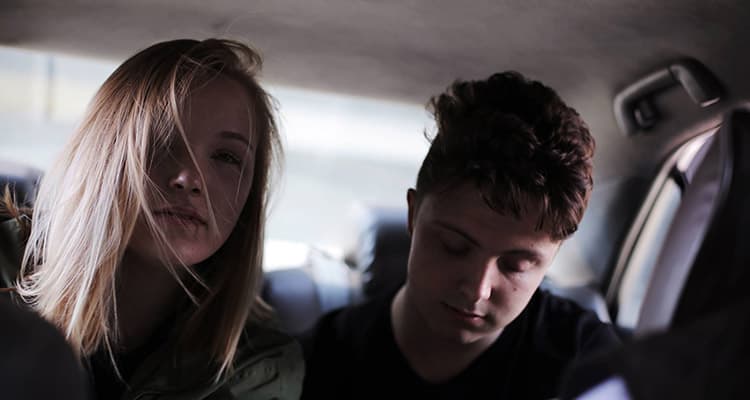 As soon as Kirsten Clark began singing “If you ever wanted to leave I would let you” to the hypnotic drums and melancholic guitar, I was hooked. Overbored is the first single by Babygirl, a new Toronto band formed by Kirsten Clark and Cameron Breithaupt.

The David Bedford directed one-take video features the duo standing in place with choreographed hand movements. Sullen and lackadaisical, it’s just as mesmerizing to watch as it is to listen to, despite how simple it is. That’s the genius of this; a perfect dream pop single about being disengaged with a charming backdrop of gentle instrumentation and tender breathy vocals. For the single, Clark explained, “A lot of pressure is put on us to be extraordinary, especially when we’re young and beginning to figure out who we are and what we want. We wanted to write a song that celebrated those who were unsure, uninspired, bored.”

Overbored can be found on Babygirl’s debut EP, As You Wish, due for July 29.