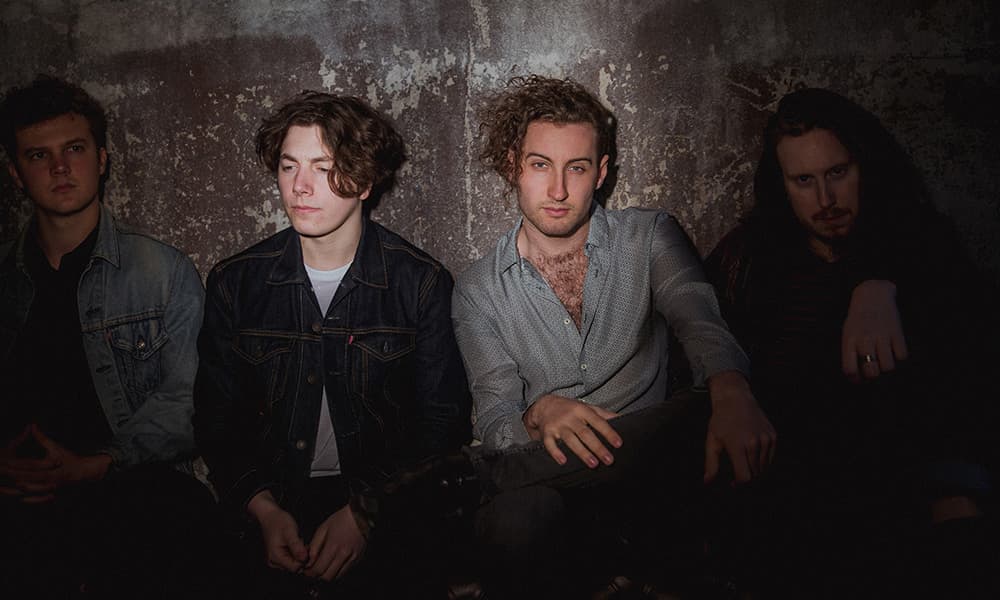 Watch Sea Girls & Friends Have “Too Much Fun” In New Video

At the beginning of this year, I featured indie rock outfit Sea Girls and their anthemic “Heavenly War”. Since then, they’ve toured extensively including the festival circuit and dropped the newly released “Adored” EP featuring Too Much Fun.

The boys infuse Too Much Fun with a euphoric energy that sweeps from coast to coast and stadium to stadium. Frontman Henry Camamile’s vocals are playful and coy and then soars with a magnetic grip and a panorama of summer nights that stretch and swim into dusty mornings, weary and exultant under the half-lit sun.

Joining the single is a Vasilisa Forbes directed video that shows just that with Camamile explaining:

“The video plays on the excessive “too much” nature of the song and illustrates it in a “Groundhog Day/Night” scenario of a girl on a night out who can’t get away from it. She keeps waking up already fatigued from the previous night’s excessive behaviour. It encapsulates people chasing the perfect summer sesh all the time and it inevitably getting bad for you.

We mostly found places to film along the beach; under the pier, using the night lights Brighton had to offer. Luckily, in keeping with the theme and without us even asking them, we had some drunk enthusiastic Brightonites throwing rocks and kebab boxes at us during our party scenes.”