When a new song is sent to me, it’s rare that I immediately listen to the artist’s previous album. Markus Nikolaus and Julien Bracht of Lea Porcelain is that rare exception and I wish I discovered them sooner. Last year’s debut album, “Hymns To The Night“, is hypnotic and brooding with languorous static that pulses and stares, broken and burdened, and condemned under the twilight. Now with plans to release a new EP this April, the Berlin-based duo released a new single and accompanying video for Gotta Run.

Written while preparing for tour, Gotta Run finds Lea Porcelain shifting in a new direction. Bass bounces along with a sort of uplifting echo of clapping while a shroud of ominous sound hums. As this hum peaks and Nikolaus howls, a spiral of synths and guitars twist with a hallucinating grin, wide-eyed and fervent.

Much like their previous videos, Gotta Run was self-directed and features a priest struggling with the path he has chosen. Face in the bible, disappointment glazes over his eyes as he searches for some kind of joy in this monotonous, cruel life. In his search for truth amongst the sacrifices he’s made for something he now doubts, he finds the catharsis of dance and is set free.

I had the pleasure of discussing the single, video, and Lea Porcelain’s new direction. Read, watch, enjoy, right here.

What drives us is this sound of ours that we created, it is a fusion of both our characters. It is chaos and structure, confusion and certainty, big walls of sound and poetry and the feeling of the songs being determined for big crowds at festivals, just as they are for every single listener at home.

What inspires us most in other artists, is that feeling of understanding through music that there is a common ground for everybody, that one is heard and understood.

We don’t like to be frightened, we want to be brave knowing that courage isn’t an absence of fear. It’s doing what you are afraid to do, but having the power to let go of the familiar and forge ahead into new territory.

I love the energy in “Gotta Run”. How did the track come to and where was your head at during the process?

The track was made in between writing new music and preparing the live concerts. We were actually on the look to make a great cover song because that sometimes opens up something completely new that we haven’t thought of yet and we wanted to cover Michael Jackson’s “They Don’t Care About Us”. We made the beat, some synths and tried singing on top and we felt it didn’t come out the way we wanted it to be. And on the same night, we threw everything away but the beat, put new synths on it and then the lyrics just sprung onto the song, almost out of nowhere and it was done. After a while listening to it, we fell more and more in love with the track, even though it kind of fell out with what we did, which in this case was a good thing, because the track didn’t lose energy at all. And when we played it live, we knew we had to play it, even though it was unreleased but that just made us more confident, seeing people’s reactions to it during gigs.

Do you have designated hand clappers when you perform this live?

That’d be tight. Some people clap but actually, that track live really opens up the gig. It’s not unknown to those who have seen us live already. Most people just start dancing and moving to it. They really open up. 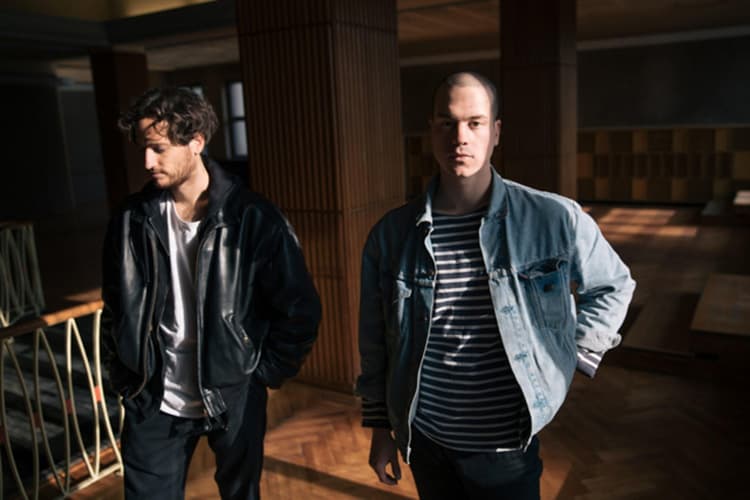 Your new video looks like it was a lot of fun to make. What was the inspiration behind it?

We wanted to express a figure that lives life on a daily basis of unconscious routine, suddenly waking up and realising, it’s not at all what they want to do in life. Someone who has lost his morals or principles or just the fun to live and eagerly wants to regain that.

“Hymns To The Night” was brooding, cold, and languid. What drove you to this new fervent direction?

Just the fun of reaching out and trying something new. Many times people get disappointed when artists change but actually the most important thing for an artist is development and it has to be passionate at all times, otherwise, you really can’t consider it great art. We have big expectations for our tracks and you don’t find gold every day but it is a question of how often and deep do you dig and want to get into it. We know when a track is just right, great, emotional. In so many ways that you can’t talk it bad. That’s when you have a great track.

I watched an interview where you discussed your distaste for being called a “post-punk” band, but your press kit called you “post-punk”. How do you feel about that?

We fit into that genre but we cant be pigeonholed because we fit in so many other areas, too. When it’s just the first thing you get commented on, on your music, you wish to hear people say something more exotic. We have a wide range of songs and what connects all of them, is that special feeling. That is the only thing we want people to realise. That these songs strike their heart rather than being pictured the reincarnation of Post-Punk.

We’re planning to hit America fairly soon, it’s just a matter of time and logistics to get everything over there. We’re really close with the people from KEXP in Seattle and that would be our first stop. Toronto is on the list, so is New York and L.A.

What are you most memorable memories involving music?

The most memorable moments are actually after the music happened, when you’re sitting in the back of your car and listening back to it – playing it over and over again – and just feeling so warm and happy and brave (!) – a feeling we probably never had with anything else in our life.