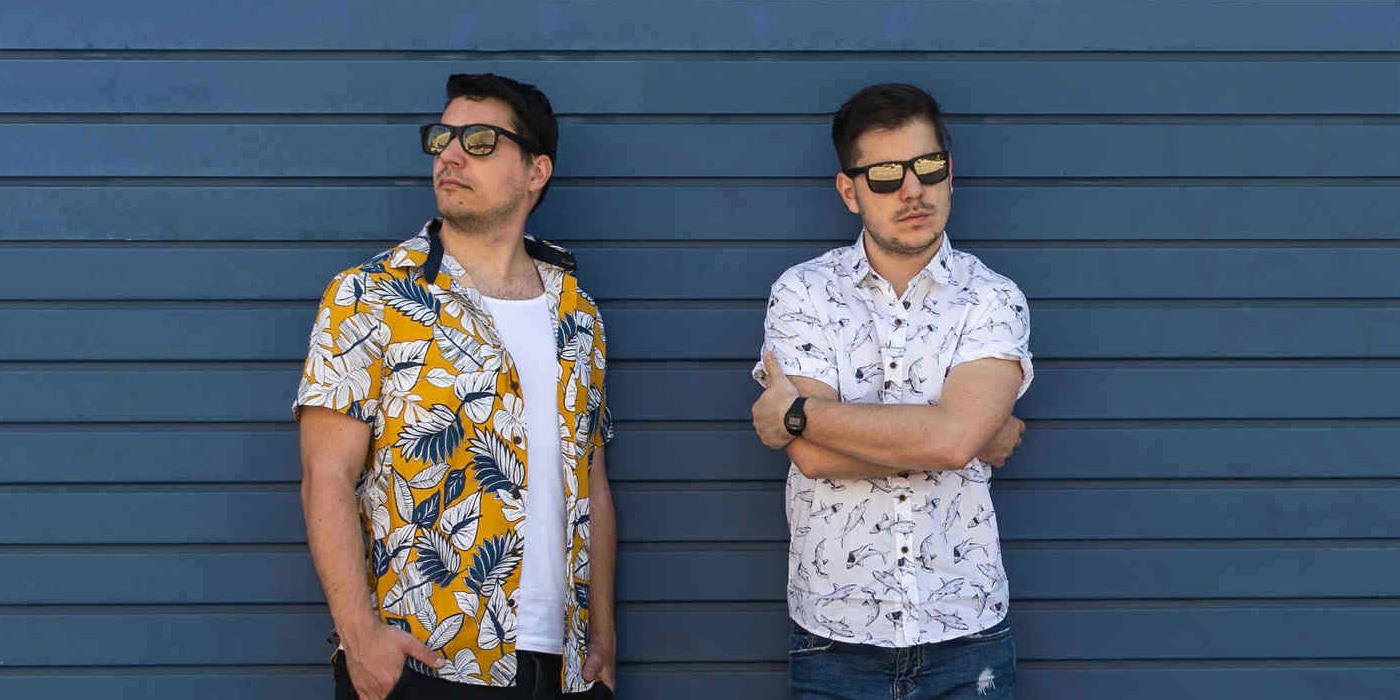 Interview: Belau Share Video For “An Ocean With No Waves”

Following a slew of performances across 23 countries and a debut album that won best electronic album at the Hungarian Grammy’s, Belau is set to drop their sophomore effort, ‘Colourwave’. Through 12 songs featuring exotic sounds filled with peace and harmony is artwork for each song and 12 different colours representing the different shades of nature, humanity, and the myriad of colours of the Caribbean.

Belau recently shared a new single from the album titled An Ocean With No Waves. Inspired by togetherness and love in its eternal entirety, self-collected sounds are fused with organic textures laden with an array of vibrant percussion and Yasaquarius’ drifting vocals. The single is brought to life in a dreamy wanderlust new video that captures a special relationship with transposed images of nature and Belau’s colourful album concept.

Watch the visuals here and read what Belau had to say about the video, ‘Colourwave’, and more.

What was the inspiration behind the visuals?

With the new album, entitled ‘Colourwave’ we wanted to improve the approach that we have done on ‘The Odyssey’. It means that we wanted to keep everything we have felt right and throw away the things that we did not get along with. Each of the 12 songs has its own artwork with 12 different colors representing the different shades of the nature, the human race, and even our approach to this sophomore full-length which reflects musically and visually to the thousand colors of the Caribbean area. ‘Colourwave’ will be pressed on CD and LP, which will be extraordinary and really good-to-look-at releases, also we wanted to make 50 extra limited LPs for the collectors with a die-cut slipcase cover and other nice additions, so get ready with that!

As I mentioned each of the songs has their own artwork, which has been put together with an usual method by the band itself (as everything) and each of the artworks mixtures multiple photos, graphics resulting in a combination of a unique artwork representing a song fully.

The music video for ‘An Ocean With No Waves’ has been filmed in several locations by Peter P. Szabó a Swedish/Hungarian director who we worked with a couple of times already, the clips are from Alicante, Spain; Malmö, Sweden and of course Budapest, Hungary.

What was your favorite part of the process?

According to the entire Colourwave-era I would say that I was looking forward mostly for the live sets, but the whole C-19 crisis had a horrible impact on our future endeavors as well. We really do hope that people will notice this warning of the planet and good things are ahead of us after these dark days; to be honest we do not want to go back the pre-quarantine era; humanity should improve, adapt, change to make this world sustainable. Until that we keep on providing soundtrack to people who want to keep on dreaming and sink into themselves.

You know what? I am really proud of a small gadget I came up with to another music video which hasn’t been released yet for another hit, called ‘Risk It All’. The music video for that is going to be a big thing for us hopefully and the main character is a kind of post-apocalyptic traveler looking for to find the something that completes him. In this process, the director wanted to have an usual device for him which representing this unusual world, so I made a kind of remote controller lookalike blinking radar with a help of my friend, which turned out pretty good, if you ask me. If somebody is into the Netflix series ‘Dark’ or the classic Jerry O’Connell starred ‘Sliders’ I think you will like it.

What can you tell us about ‘Colourwave’?

‘Colourwave’ is the next big thing for us, a new milestone in the band’s career. We improved what we have done earlier and brought it to a next level both musically, and visually. We know there are still possibilities of improvement, but this was a great step since we started. ‘Colourwave’ is Belau at its best so far. According to the name we wanted to choose something that represents the ever-flowing symbol of ours, the ocean, also we wanted to make clear this is a diverse concept.

I really do love sci-fi movies and everything about time travelling, but according to the style of Belau I would definitely say that we want to feature on Ron Fricke’s third big documentary if there will ever be a third one, because ‘Baracka’ and ‘Samsara’ were amazing.