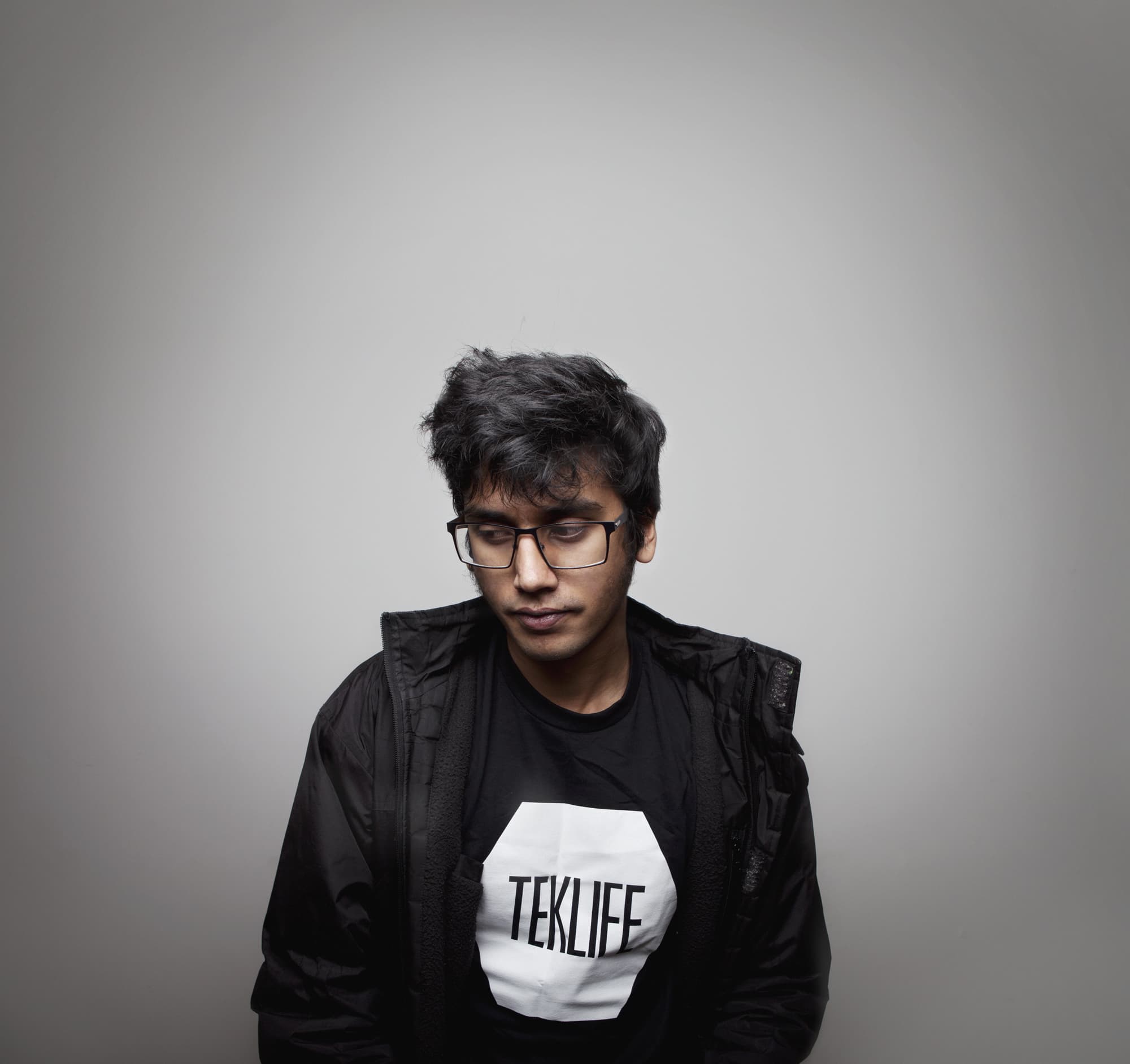 Originally from Singapore, Toronto based Iyer (Nikhil Ramakrishnan) has been repping the local footwork scene, and running the Singapore based label, Phyla. Since 2012, Phyla’s been releasing a diverse range of electronic based music from both Singapore, and around the globe.

If you aren’t familiar with footwork or juke, or just want something a little different to listen to, Iyer’s got you covered.  He made us an eclectic, high energy and pulsating mix that will set the room on fire. Take in this frenetic mix and see what he had to say about the Toronto scene and his time spent overseas. And be sure to check out Phyla to stay up to date on all things happening over there.

A big thank you to Iyer for having a chat with us while he was in India.

Hey man, so how long are you in India for?

Yeah, I am. Just Chilling. Needed a break.

Cool, what area are you staying in?

Bangalore? I grew up here for 5 years. Most of my teenage years were spent in Bangalore. It’s where I started writing music, probably in ’08.

How old were you then?

16 I think. The Iyer avatar came about in 2010 when I decided to take production seriously. I was in Singapore in 2009 serving compulsory military service.

How’d you get into it at 16 while living in Bangalore?

I had a friend of mine who taught me how to write basic beats on Sony’s Acid Pro. We used to chill out together and work on little demos for ourselves. I eventually kept at it.

Yes it is, very elementary and buggy, but still a thing. It’s where a lot of people start off with before onto better things.

What kinda stuff were you producing before Iyer came about?

I would say I had no idea. I used to just make demos, tried out some dubstep, drum and bass, etc. Very awful, elementary demos. I was more of a drum and bass DJ early in the Iyer stages. I DJed in Singapore under the Lihkin avatar – was the youngest drum and bass DJ on the circuit at a point. It was how I got into music this far and met my closest friends.

Ok so, you did compulsory military for a year in ’09 then hung around Singapore afterwards and Iyer was born?

Sort of. I was there up till the end of the army and then I moved about and got to Toronto in 2012, and Iyer picked up from then on.

Prior to moving to Toronto, Is that when you formed Phyla, the label you founded?

I formed Phyla with my co-founder Harv in early 2012 and it’s based out of Singapore.

What pushed you guys to form a label?

The lack of an avenue for Singaporean music producers and the desire to create something foundational for them to identify with.

How would you compare the Singapore scene back then to now?

Well, I feel like we’ve contributed a lot to it for sure. Our artists do shows regularly and the people who work with us know we’re the guys to talk to when it comes to homegrown electronic music, although we release overseas producers as well. And we’ve had breakout artists and modest success with our gigs, shows, and releases.

How do you even manage to run things over there while in Toronto?

It’s pretty hard, but we communicate over chat. Harv runs ground level stuff there, while I do a lot of the A&R, promo, and scouting. But the key thing is we all recognize each others roles and we have core artists who work with us and support what we do. That keeps us going. We’re more a family than a label, so that keeps us going.

I’ve looked through some of the stuff on Phyla, but for those who haven’t, give us a quick run down.

I’d say we release a variety of eclectic electronic music ranging from hip hop influenced wonky beats to uptempo. Most recently we’ve been putting out a lot of footwork and juke influenced music, but our upcoming releases are very different as well. 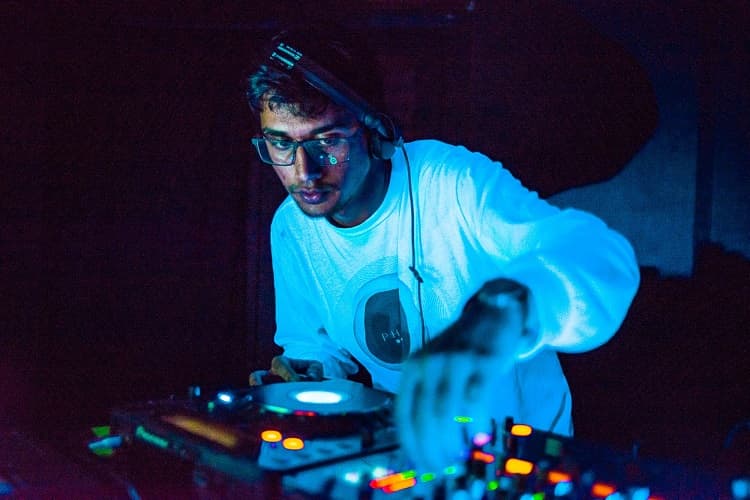 Yeah I would say that as of now, yes.

How’d you get into it and what drew you to it?

I listened to a lot of drum and bass but grew weary of the intensely technical and less vibe based parts of it I was listening to in 2011. At this point in time I started coming across some of the footwork related music – or so I thought. It turns out it had been floating around in my inventory for a while but I didn’t know what it was. I liked footwork and juke related music for its intensely dance music oriented rawness. To me there is nothing more attractive than a genre that captures vibe with technicality – the dance is the technical aspect of footwork, while the music brings the vibes, and the battle oriented nature of the music stems from the rawness of it.

Name one artist you’d recommend the uninitiated with.

Definitely DJ Rashad (rest in peace brother). It was because of him that I even started making this music. He was so inspiring in so many ways that nobody could imagine to so many of us who push this music the way we do now.

Frankly, I don’t think it exists save for a few producers. Hesk has been doing it for a while and he’s based out of Toronto. I don’t think Toronto is ready for footwork

Do you think it ever will be?

I kind of expected it to be – there is a huge hip hop and rap scene here. Dance and house music is big here, and juke/footwork is a good mix of everything. But I guess it’s just a matter of time. Part of it is that I’m not really pushing it either because my hands are tied and I’m ridiculously busy. But it’ll take time, it always does. Hopefully one day.

So we can expect some Phyla footwork parties eh?

On a side note, there are some fantastic non footwork producers from Toronto who I really follow, as you saw at Balance. I’m all about what’s being attempted there as well.

Toronto’s got a crazy dope scene.

What’re you working on these days anyways? Any new releases this year or a show or two?

I don’t know if I’m playing shows (feel free to book me! lol) hah! Releases there might be! I’m strange, when I finish something it comes out sooner rather than later. As for the label, there’s a ton of stuff coming out. Lots to look forward to. I’m not at liberty to mention it now per se, but I can hint that it’s our core artists who are releasing work.

Are you making anything over there in Bangalore?

Oh I’ve got producer friends here so I hope to work on some beats with them. And we’re working with an Indian producer called Oceantied as well.

As a final word, I just wanna let people know to support as much independent and honest music as they can.