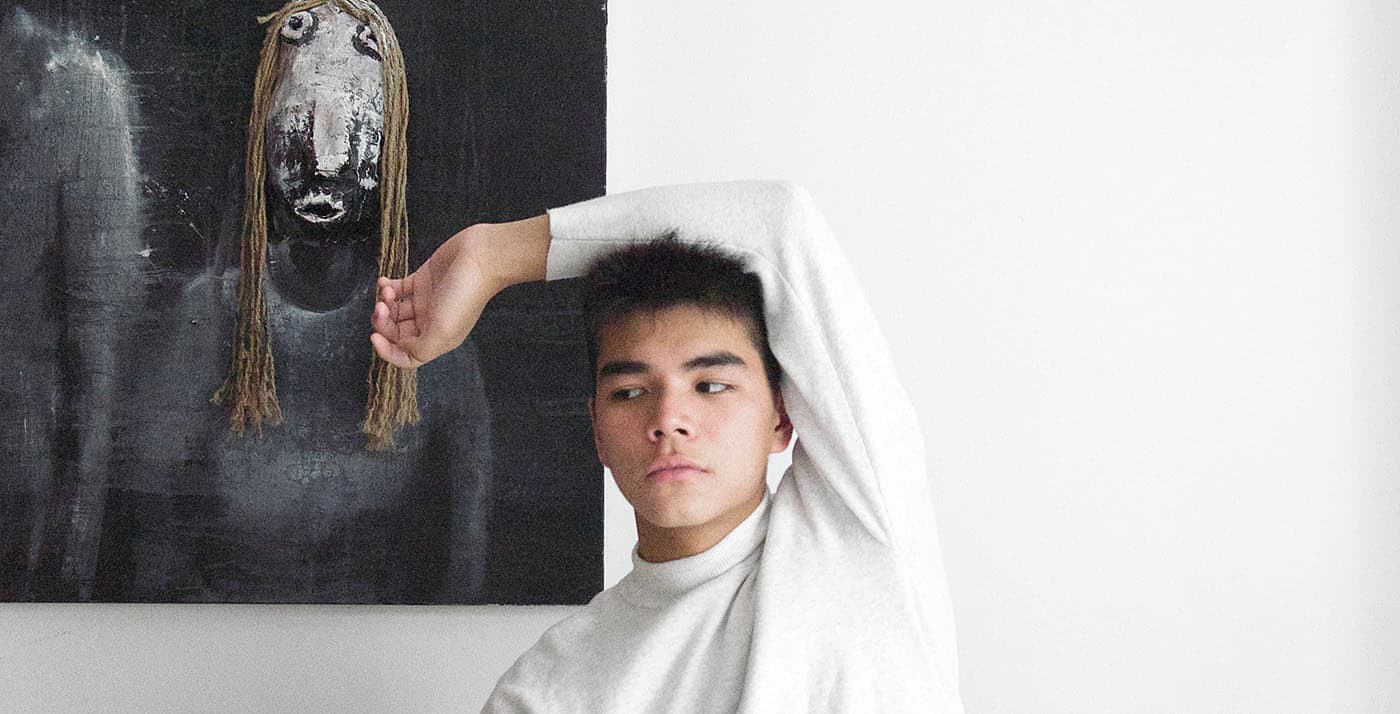 Heartbreak, depravity, and depression – these are heavy themes to endure and agonize through. For 18 year old Of Methodist, the weight of these emotions were translated into a new project titled Coven.

A direct sequel to his wonderful Pvlgrim EP, which we covered last December, Coven finds the young Singaporean pushing his sound and lyrics to a darker place. In the bleak ambiance of grim synths cutting the edge of the ground he walks on, Of Methodist’s emotive words cut through shades of grey in this mature listen about human nature.

“I cannot explain just how much this record means to me in terms of context, sound and development. The premise of the record was initially based on depravity and marginalization,” explained Of Methodist. “Boosted by Hari Nef’s inspirational speech on TED and an essay about marginalization within the marginalized, this EP speaks of unity and compromise as a weapon against crisis, hence the name of the record. Of course, this series of tracks are powered by emotional heartbreak as well.”

On the eve of this release, I asked the emerging Of Methodist a few questions about Coven. Read it below and be sure to sit down and give this captivating project a listen.

For those who don’t know you, tell us a bit about yourself.

I like to write and produce music as well as create visual and performance art! I currently live in Singapore where I was born. I’m just your average SoundCloud artist.

What was it about Hari Nef’s TED talk that drove you to create “Coven”?

Hari Nef did a speech earlier this year about the “aesthetics of survival” where she gave her views on the representation of trans women and how there needs to be a more significant degree of acceptance to which they express their femininity. I have never identified myself as an activist but this speech really opened up my eyes about transgender women and the unfathomable degree of hardship presented to them. Themes of marginalization within the marginalized, freedom of expression and heartbreak just drove me to aggregate a record about self examination and how we really need unity in times of adversity.

It’s been 10 months since your Pvlgrim EP – how do you feel you’ve evolved both musically and personally?

“Pvlgrim” was rooted in homesickness and religious curiosity and “Coven” discusses depravity and heartbreak. Sonically, the difference is really apparent, this new record is much darker and abrasive. It’s kinda because this time I wasn’t feeling nostalgic or inquisitive anymore, I was downright actively dealing with heartbreak. What producing the entire record single handedly did was force me to push myself to diversify my sound to keep things dynamic, which turned out great because I think every track in this record has something unique about it to offer. Personally, over the last 10 months I think I have just matured a bit. I was 17 then so understandably, a lot crap has been thrown at me since then hahah. The EP is really sincere, the way it sounds matches up to my emotional state during its creation.

How do you feel about “Coven” now that it’s out?

I feel really really good. I have been releasing tracks off the record slowly over the past few months so to see it all finally come together is quite magical. Writing songs like the ones I did for “Coven” made me self reflect and realize the importance of prioritizing time to meditate and clear my mind. I also experimented a lot with my sound and discovered a ton of possible new directions. I have so many ideas on how to move forward in my music. I just can’t wait to write new music. I feel much better these days so, haha, maybe expect some lighter content.

What do you want listeners to take away from the project?

“Coven” exposes a side to me that is rebellious and anti-austerity so I feel that this EP is critical in adding another level of complexity to my artistic identity as well as continue the narrative where “Pvlgrim” left off. “Coven” covers a lot of universal emotions of despair that I feel can be very cathartic to listen to.