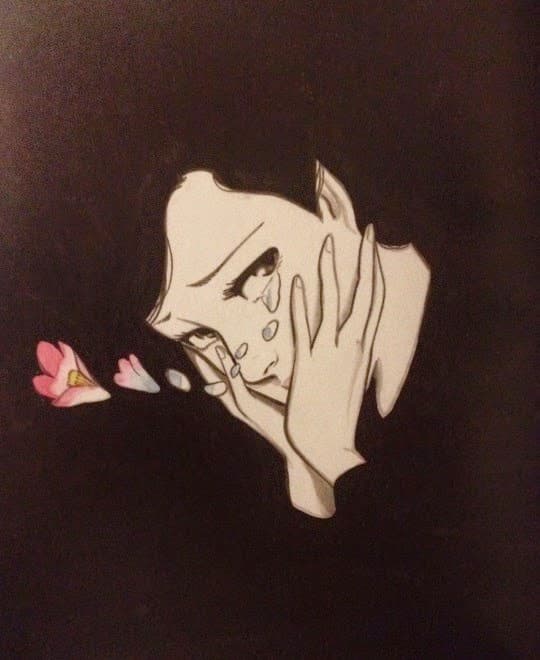 We’re proud to announce ohestee’s first premiere courtesy of one of our new favourite producers, Sad Eyes. His newest track Easier had us instantly hooked the moment we heard it with its simple laid back vibe and breezy vocals. It could seamlessly take you from a late late night right into getting out of bed much like the rest of his small but beautiful collection. We spoke to Sad Eyes about his name, music and Connecticut. Spin Easier and give it a read below. And be sure to follow him and check out his other tracks.

A big thank you to Sad Eyes for blessing us with this beautiful track.

Tell us a bit about Sad Eyes and what led you to that name.

Actually, the music came first. I made probably a handful of tracks before I decided I was going to release them. The name Sad Eyes was inspired by the music I had created and the mood I was in when making it. I wasn’t necessarily “sad”, but winter time is pretty shitty for me; I just felt pretty down in the dumps. The name also has a lighter side to it, kind of an inside joke amongst friends. Like how people have what they call “resting bitch face”, there’s some people who have “sad eyes”.

It’s pretty flat… CT isn’t really known for having a thriving music scene. EDM plays pretty much everywhere. That being said, there are quite a few of my friends who make incredible music, whether solo or in bands. The creative energy is there, but the overall willingness for the general population to accept something different isn’t.

With only three tracks under your belt, do you have any previous production projects or is this a whole new thing for you? What made you decide to get into producing?

I’ve been producing for a few years now actually under a different alias to moderate success. I would tell you what it is, but I’d rather keep these two entities completely separate. I started producing hip-hop, then explored house for a while, and then kind of settled on this vibe I have going on now.

As soon as I heard the intro for Easier, I knew it was the one. There’s such a great laid back vibe to it. What was the recording process like?

Thanks! It was very similar to how I come up with my other tracks. I usually lay down a simple chord progression first, then build around that with vocal snippets and drums. I really love sampling the human voice as its own instrument. It helps people look past the meaning of the actual words spoken and focus in on how it’s said or sung.

Your songs have a real smooth early morning/late night feel to them. What’s the inspiration behind your sound?

I wanted to make music that people could just unwind and mellow out to. I really wanted to make people feel some type of way about the music. Music that makes you feel is the best kind of music. And my songs are usually produced either really late at night or early in the morning so it’s actually really funny you say that.

What’s your earliest memory of music?

My father used to listen to a lot of soul/gospel records when I was very young. My earliest memory is probably of him humming a line from one of those songs.

So many! Reva Devito, Lido, Flamingosis…I think Young Thug and I could make an interesting track, haha. I just recently came across these guys Tenderly. They have an incredible remix of “Can’t Believe It” by T-Pain. Also from CT, my friend Eest Coast is hard at work on an upcoming EP but I’d love to throw around some ideas with him after that’s done.

What’s next for Sad Eyes? Got plans for an EP or anything?

My immediate goal is to just finished some of these projects I’ve started. I don’t have plans for an EP yet, but who knows, after I finish some more material I might find something cohesive enough to release together.

Thanks for having me! Honored to have a premiere through the blog :]