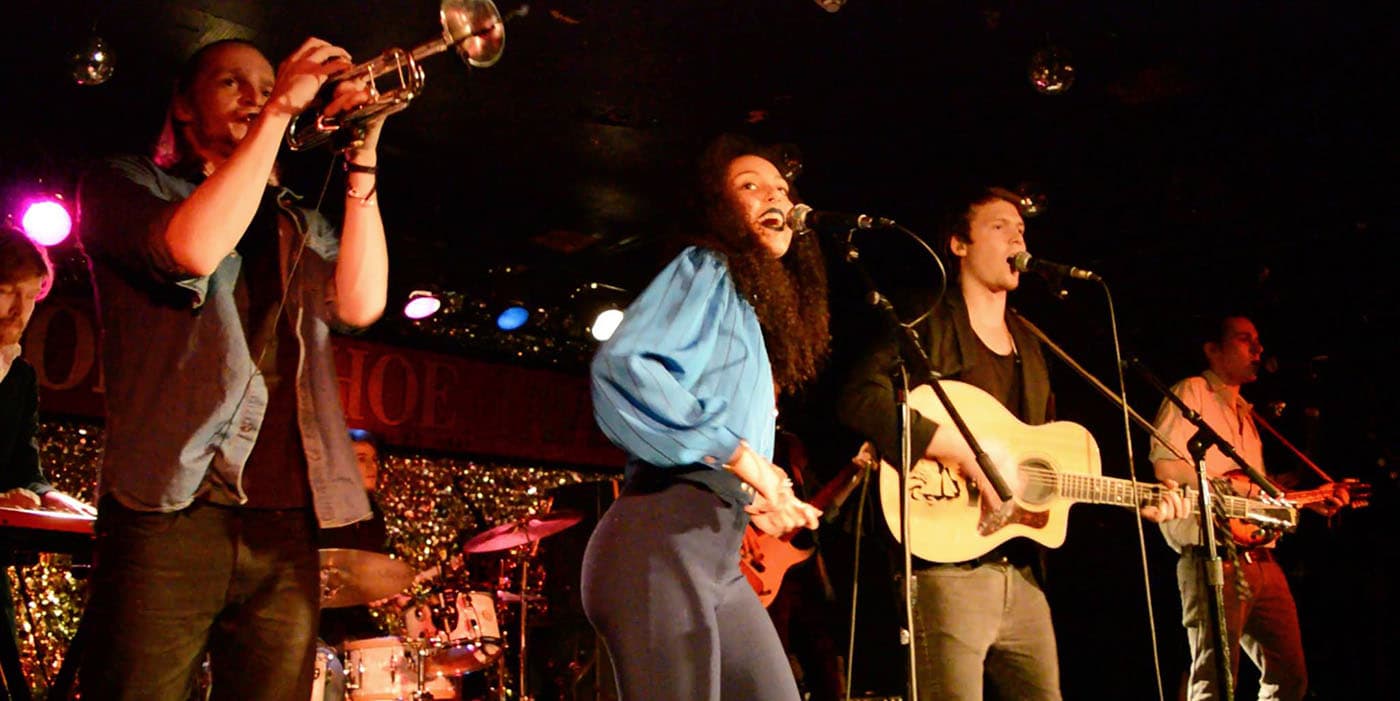 A Fellow Ship Brings Folk-Jazz Melodies To The Horseshoe Tavern On St. Pat’s

The Horseshoe is a legendary venue for St. Patrick’s Day, causing rock n’ roll rampage for over 60 years on the slick and busy street corners of Spadina and Queen.

Last Friday was no exception with headliner and local Toronto folk band, A Fellow Ship, serenading a packed crowd in the dark recesses of the tavern, with two lovely co-vocalists Forest Van Winkle and Joe Dent, and six other band members on the stage. It was a busy night put on by Chromatic Concerts, with flickers of green and shots of whiskey abound, and many young music lovers dancing fervently when Dent jumped down to join the crowd. 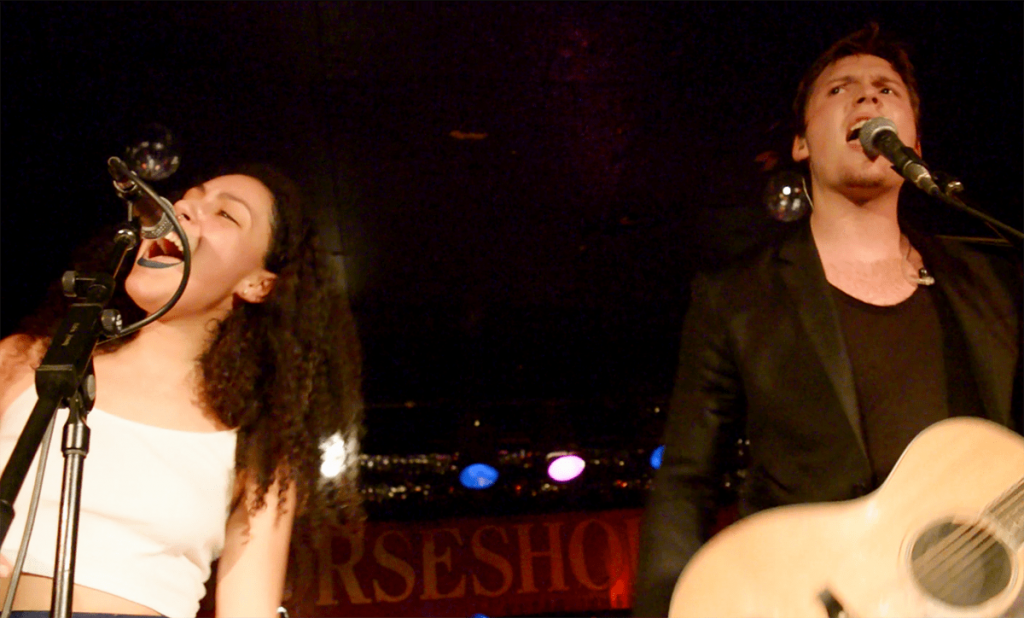 Leading the show came as a surprise for the band as the original headliner, The Pick Brothers, canceled last minute due to a band member’s injury and A Fellow Ship stepped up to the plate. It was a night of firsts for the band, which included adding temporary saxophone player, John Nicholson, to create a full horn section in the otherwise seven piece line-up. “We had a new saxophone player for this show. He’s a god damn cutie is what he is,” Van Winkle said. “Adding a saxophone gave the melody a certain depth.”

Another recent addition to the band as of last summer is Trumpet player, Austin Jones, professionally trained in Jazz Performance at the University of Toronto. “It was nice to have another horn, it is like another melody line,” Jones said. “It felt like I was trying to fight between the two vocalists and a third trumpet, and the saxophone chills it out and creates an entire horn section.” A Fellow Ship certainly had a newly developed jazz element in their set due to their budding horn section, yet it balances out the co-vocalists nicely. 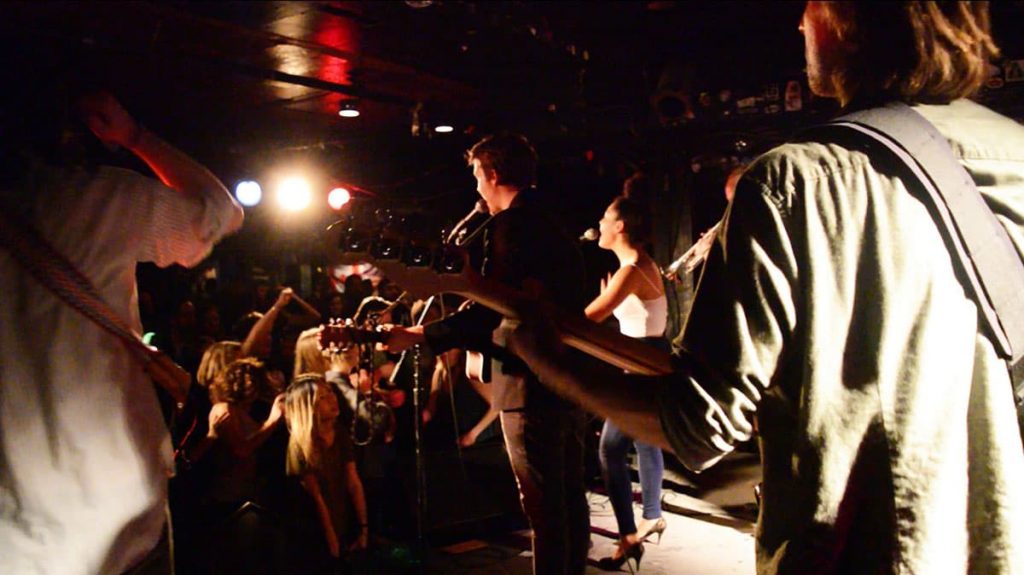 Co-vocalists, Van Winkle and Dent have been playing together since their high school days at Waldorf, and became a dedicated band when they were in Wetter, Germany in 2013 with piano and accordion player, Ted Liptay and Jack Stone on the guitar and mandolin. “It was completely collaborative and organic. We started with open mics and covers, got Jack and Ted involved and then did a trip to Germany,” Van Winkle says, “We happened to have a friend in Germany who gave us a gig and brought his friends out.” Bassist, Tristan Schultz and Drummer, Ryan Johnston later joined the band. Van Winkle’s sultry, deep voice matches nicely with Dent’s rock n roll roar and the two keep the audience on their toes on who will belt out the next line.

The band’s line-up has changed over the years, considerably normal for a larger band, but has recently settled nicely into having a consistent group heading into Summer 2017. A Fellow Ship is also in the works of heading to the studio to record an EP with their new trumpet player in tow.

Catch a Fellow Ship at the Silver Dollar on April 22 for CMW, and see the band rock another venue with their stomp-n-slap, horn-y tunes.