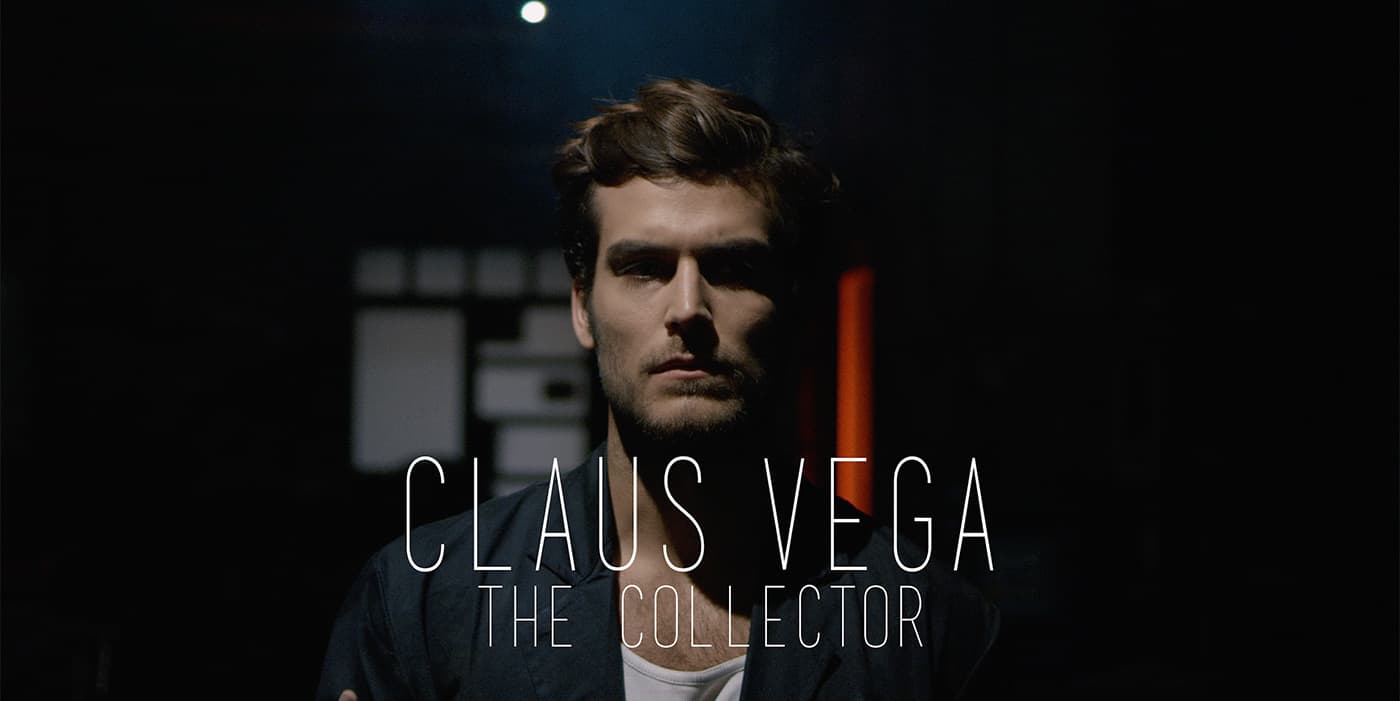 Premiere/Interview: Claus Vega Brings Us The Cinematic Beauty “The Collector”

Claus Vega is a German-Chilean electronic music producer and live performer based in Barcelona and Berlin. Through combining German perfectionism and Latin ﬂow, he modiﬁes recordings of classical instruments and nature to create unusual electronic soundscapes. He recently released his debut single, The Collector, and produced his first music video in the Spanish desert with Mai Lasan which has already won “best camera” at the International Music Video Underground Awards. It’s also a finalist in the “Emerging Lens Cultural Film Festival” in Hamilton, Ontario. Today, we’re proud to present the video premiere.

We carry with us our changing geography and the shadowed contours of the many faces we collect. On Claus Vega’s The Collector, crisp percussive notes pop and drip like the wrinkles of time over a tender emotive piano. An echo of pitched vocals joins the myriad of precise sounds, each with a distinct purpose. This is the slow unravel of tainted names and pallid faces. Their apparitions rest on the back of your eyes and lash through the thin veil of time with a tense synth that weeps their names. The lucid tears of memories drag its teeth across your throat as you pace through the doors of this coffin you call home. You loved them with barbarian hunger. Now close your eyes and turn their faces into something you can’t stand to see.

Watch the beautifully shot The Collector below and read what Claus Vega had to say about his music and more. His debut Noches Amarillas EP is due later this month.

I am a German-Chilean musician living in Barcelona and Berlin.
I was into music all my life.
I used to switch through the radio channels to get to classical music before I started walking properly.
As a teenager I started with progressive rock, I had a few bands when I grew up in Germany playing bass and guitar but my style developed into something more electronic over the years…
though I also never lost my fascination with classical instruments.

I knew my life was in music very early on. I taught myself how to play the guitar when I was 14 years old.
I studied music in Germany but I learned most of what I am doing today by myself.
In 2014 I moved to Barcelona and built my own studio “Room 101” above a rock bar together with a local sound engineer. I lived and worked in the studio and experimented with new sounds and equipment until I found my style and decided to not only record other musicians but also produce, release and perform my own music.

Can you walk us through your process?

When I make music I don’t stop which means I am working day and night until I get it right.
I like to use a lot of samples like voice recordings, friends of mine who play saxophone or violin or any other instruments, the sound of the Mediterranean sea but also sounds and prayers in churches. It is important to me that I record the samples myself so I frequently run around Barcelona or Berlin or anywhere and hunt for specific or random noises. I then use these sounds, distort and change them and mix them with beats, harmonies, and melodies until I am satisfied.

What drives you, inspires you, and frightens you?

I don’t need much motivation to do what I do. It’s always been inside of me – this need to make music.
I guess people.
People can be both inspiring and frightening to me.
That also counts for the cities we’re living in. Some cities are very inspiring to me.
That’s why I dedicated my upcoming EP “Noches Amarillas” to Barcelona and its vibrant nights.

Where were you in life when you created “The Collector”?

I had been living in Barcelona for three years, my studio was going well, I was recording singers and bands and making soundtracks but I felt this urge to release my own music, too. I had been making music for years, the time just felt right to finally get it out there.

How’d you hook up with director Mai Lasan for the video?

I met Mai Lasan in Barcelona though she is actually from Germany like I am.
Since she directs and does post-production for music videos and I produce music and we both highly respect each others work, it just made sense to start a project like “The Collector.”
She introduced me to Salih Sali, a great director of photography (who already won the „International Music Video Underground Award“ for our Video).
In the following, the three of us developed the concept and the idea. We got together this big crew of young filmmakers, dancers, stylists, photographers – a great mix of international, creative people. We had a very limited budget but with hard work and a common vision we pulled it off.

What was the inspiration behind it?

There are a lot of conceptual angles that inspired us. We wanted something with dancers who would symbolize thoughts and emotions. Something physical representing something non-physical. We wanted to show the daily struggle of making the right decisions, of being stuck in your head. As for the location for the shoot, I have had a deep fascination with the desert for years. Every country I go to that has a desert, I have to go and see it. I love the brutal vastness of it, how your head gets empty and you feel insignificant and free. So naturally my first music video had to be shot in the Spanish desert. When we got to Monegros, it started raining. – At one point I thought “ok it’s over, we can’t do it”. One of the cars even got stuck in the mud.
However, we worked with the weather instead and the rain made the video even more epic and special in the end.