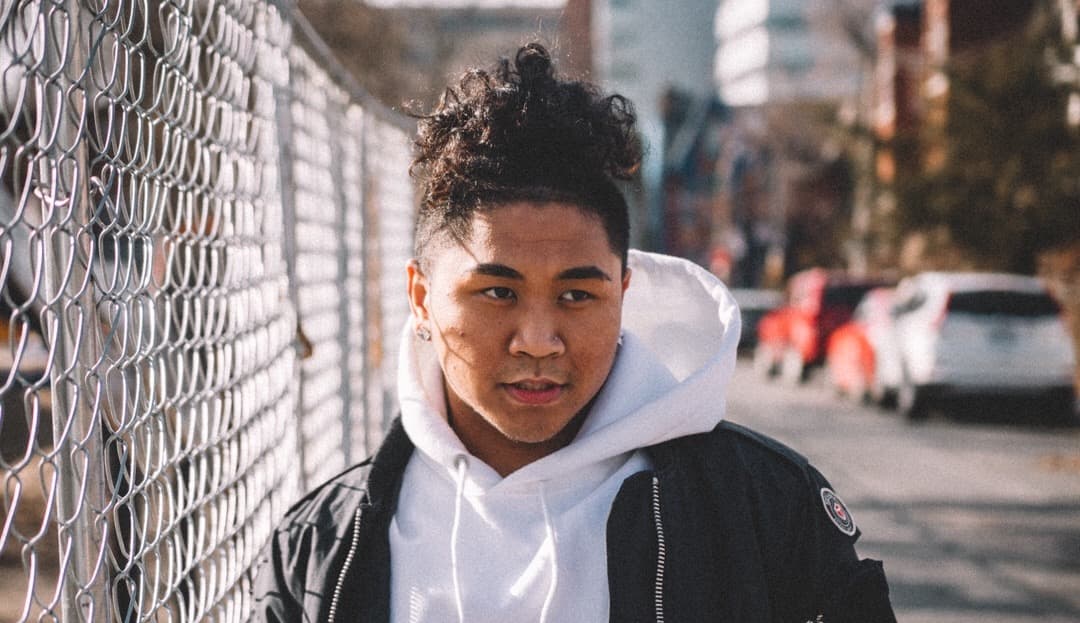 If you don’t recognize the name Michael Morales, you will soon. You may have seen the 19-year-old on Much TV’s new series, SIDES, or performing at Yonge & Dundas Square, Ontario Place, or one of his many other gigs in the city.

Morales has been making a name for himself in the music industry, but what’s even more impressive than his accomplishments as a teenager is his profound perception of the inequalities in the world around him.

On Dance for Me, the Toronto MC takes on the sensitive topic of stripping and flips the issue on its head, striking the balance between the perspectives of a sex worker and a male onlooker.

The moody track is perfectly complemented by even darker visuals. The eerie and cinematic video, directed by Amir Karimi, is a window into the life of a stripper – but not quite the way you would expect it. The video depicts a little boy who is trapped in a society where he’s taught it’s right to exude power over those who are vulnerable. Riddled with ingenious symbolism and nuanced storytelling, Dance for Me uncovers how male upbringing can contribute to a modern-day misogynistic culture.

Produced by Adrian Hogan (AKA SLWJMZ), Dance For Me is the grimy first single off of Morales’ upcoming project that is set to release early next year. Studded with powerful drums and bass that drops almost as heavy as the gravity of the song’s lyrics, you may have to repeat “Dance for Me” a few times to let its underlying message sink in.

Watch the intricately shot Dance for Me and read our interview with Michael Morales below.

I grew up in Flemingdon Park. My parents were both teenagers when they had me, and so I grew up watching them work really hard to build the life they wanted for themselves.  At the time, they had to do things on their own, so I moved around a lot and I experienced different things and different environments. My upbringing helped me to understand people and I think that has a lot to do with why I make the music I make.

For me, making music was never one of those things I felt I wanted to do, it was something I felt I needed to do. I just wrote for myself when I started. I started writing poetry when I was 12 years old and it helped me get through a lot of things. As the years pass and I perform more, speak more, and teach more, I see the value of my words on other people and how it can be used to inspire and make a change in others’ lives. That’s what empowers me and keeps me going. There was never a point where I thought, “Damn, this is what I need to do,” it’s more of something I’ve continually been doing on this journey.

You released your first album, “Sincerilly”, a year ago. How has that project changed your musical career?

“Sincerilly” really gave people a glimpse into my life. Since dropping it, people have a better understanding of me. It kind of marked the whole standard for me because it was a very honest project. And going forward, every other project I drop has to be honest too.

Do you ever face doubts and opposition from people who think you are too young to be addressing topics of such maturity in your music?

All the time. From everyone, even from my parents. The people closest to me were always the ones asking, “Why are you doing that? Are you sure you want to do that?”. What I learned is that people project their own fears onto you, and that’s not your fault. Sometimes you just have to look out for yourself because you’re not the one who has to go to sleep with their opinions and their insecurities. When you embrace who you are, you’re going to get a lot of people who think you shouldn’t or you can’t because people have a hard time being themselves and finding a passion, so the automatic response for them is to be a little weary, which is not your fault. People may have their doubts about me, but there’s a whole lot more who support me.

What was the story behind “Dance for Me”?

When I write, I want to put people into perspective, and I find especially around sex workers, there’s a stigma that they only do it because they’re bad, or they’re sad. I just wanted to show others that these people are no different; they’re trying to feed their family and do things even though they are going through these circumstances. It’s not always, “Oh this person is messed up”. There’s a stigma around it, so I kinda just wanted to open up perspectives.