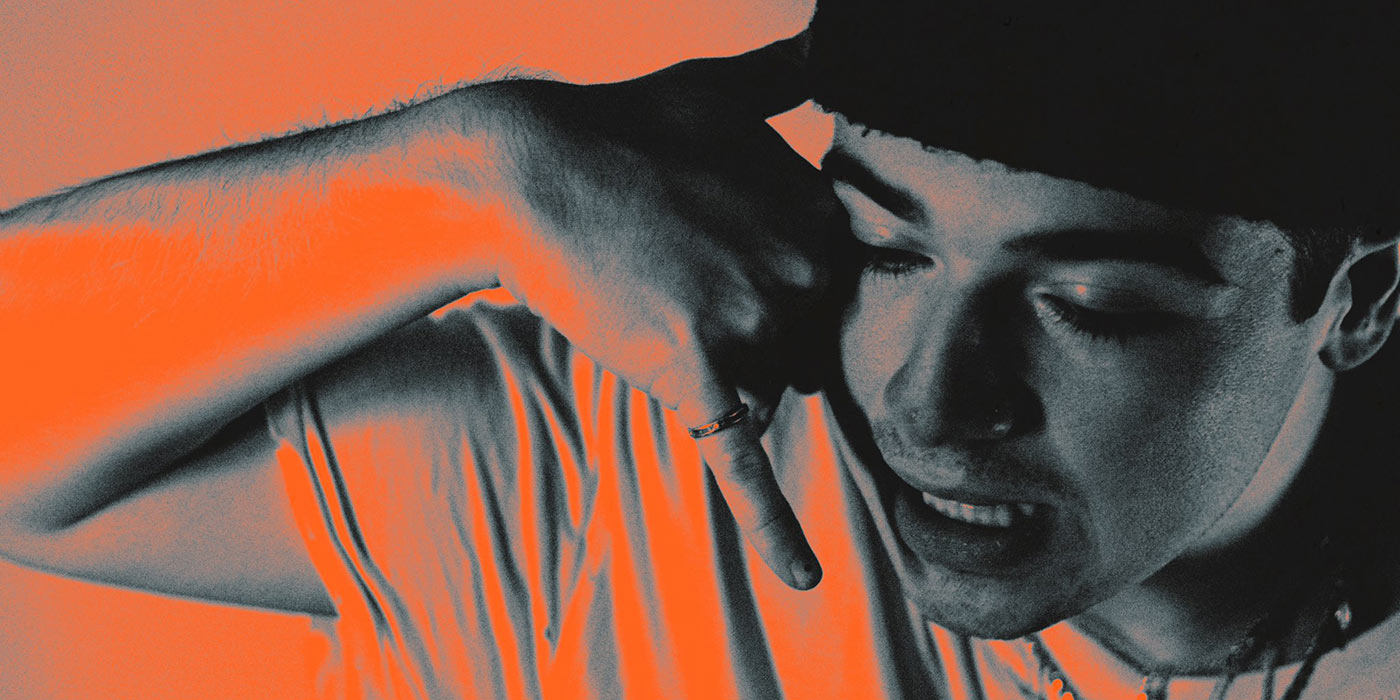 We first caught wind of verzache back when we heard el amor and were blown away by the mix of its charming ukulele plucks and creative percussion. In the short time frame since, the young artist has launched his own collective, rosé, and created Sad Artists with the likes of vbnd and Sophie Meiers. And if you were fiending for more ukulele crossed with downtempo beats, you can hear his new collection of inspiring ukulele music here, featuring his own vocals.

Verzache is showing no signs of slowing down, pouring all his creative energy into every facet of his music with progressive and versatile beats. With only a week until his debut EP, we sat down with the rising Toronto producer to talk about music and the city. Throw on verzache’s mix found below and read what the man had to say.

I’m verzache and I like chicken wings, inside jokes and grainy photos.

Who has the best wings in the city?

I started producing randomly on Christmas of 2014. I was in Ottawa for Christmas visiting my grandparents, and I noticed they had Garageband on their computer, so I just played around on that but I honestly only started putting stuff out last year.

Damn, were you involved in music prior to that?

Yeah, music has always been a big part of my life since I was like 8. I went to band camp every summer and played only percussion, and then I took on guitar and bass, which I got really into.

Are you in school? Is it music related?

I’m currently at Ryerson but not for music. I’m in the Arts but I’m planning on going to Fanshawe for music industry arts in September.

You’re the co-founder of the rosé collective – tell us a bit about how that came to be.

Me and my friend Todd were thinking about how many collectives were on soundcloud. And we realized that a lot of these labels/collectives were posting the same material, nothing too different. We wanted to make a collective with more diversity in terms of genre and post only creative content. The aesthetic is also simple and pleasing (we think at least) so that’s another thing to flaunt about rosé, haha.

Todd’s from NY though, right? How’d that happen?

We met on soundcloud – he asked me for mixing help, lol. So I skyped him and helped him out, and we just became friends I guess, haha.

Seems natural these days, with all the soundcloud collectives.

So many collectives though, omg.

Ya, I keep finding new ones to follow every week.

Like I’m pretty sure there’s a new one everyday.

With artists I still haven’t heard. It’s both incredible and overwhelming.

Haha, yeah I feel that. Did you grow up in the city?

I was born in Singapore, moved to Ottawa when I was four, and came to Toronto when I was six or seven. Been here ever since.

Oh damn. Singapore’s got a crazy scene happening. Have you been back to Singapore?

Nah, I haven’t. I think I went back when I was nine or something, but I do not remember.

I’m not too sure. Maybe. Possibly.

Compilations play a crucial role in collectives getting their talent exposed to a wider audience – any plans to do one for rosé ?

Yeah, maybe sometime in the future, but for now we are focusing on single releases.

Toronto wise, which artists are you excited about?

Some sick Toronto artists I know include brtrnd, falcxne, rare, keffa. But OVO is really a huge part in the Toronto music culture.

What would you say is the main influence behind your music?

Well honestly, it’s a mixture of emotions and ideas. Like I get inspiration from environments the most. When I walk in a forest I get a ton of ideas for some reason, lol.

That’s really cool, are you into camping or hiking?

Lol, not too much but I don’t mind a nice hike in the mountains. But not in Toronto, obviously, lol.

Where do you see yourself and rosé in 5 years?

I have no idea man, haha. Hopefully big enough to make a culture of our own and to start something, like maybe playing shows. Just things like that.

How’s your summer been so far?

My summer so far has been full of music, man. I’m not gonna lie, I’ve spent way too much time in my basement making music, but then again I was working on my Ep so I definitely think it’s worth it. I had a ton of fun making it and I’m really excited to release this thing on the 13th of August!