Track By Track: Laveda – What Happens After

On their debut album, What Happens After, Laveda (Jacob Brooks and Ali Genevich) explores the great yawning unknown. From the freedom and uncertainty that rests at your fingertips or the distant and possibly desolate future, they capture adolescent restlessness with big walls of sound and a dreamy melodious warble.

Subtle guitars drift into a torrent of saturated noise on opener ‘Ghost’ which shifts down into ‘Better Now’ with its pitched vocals and outstretched ambiance. Later on, they tackle dating culture on the gleaming and cinematic ‘L’ and then display a softer side on the acoustic-driven ‘Blue Beach’. What Happens After is the culmination of long drives and late nights, hours spent experimenting in the studio and all the unanswered questions that saturate our surroundings.

Listen to Laveda’s What Happens After along with their track by track rundown right here. 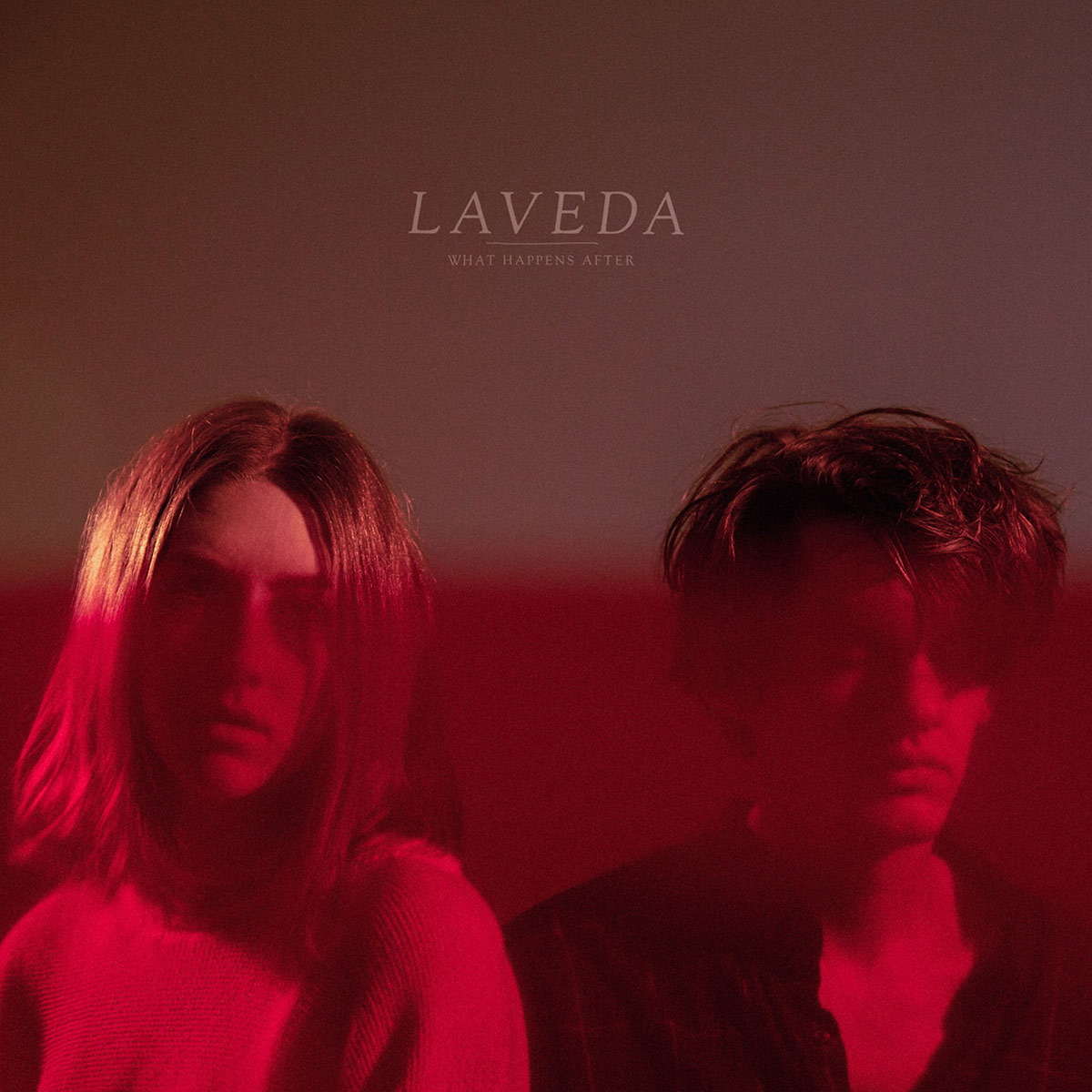 This song was sort of the one that shaped the rest of the songs on the record. It started as an acoustic demo but quickly we realized that we wanted it to sound explosive so once we got to the studio we added layers of guitars and sounds using pedals. The lyrics touch on how things can quickly turn grey when you’re least expecting it. It’s about letting your instincts take over as if your mind has shut down and your body is just doing things without you even telling it to.

‘Better Now’ started off as sort of a slow burner. Once we brought the demo to our good friend and primary producer for the record Dylan Sky, he suggested we tried doing the song in Ableton instead of pro tools. Once he threw the demo into Ableton, he sped it up and pitched it down, giving Jake’s vocals and the guitar tracks this crazy warbly dark sound. We were all like, “That’s it. That’s the sound.” We then added drums, bass, and Ali’s vocals and the song was there. That was easily the quickest transformative process any of our songs have ever gone through.

‘CND’ was an additive experiment from the start to finish. Dylan and I (Jake) started the track out with a demo of our track “L”. We used Ableton’s granular synthesis plug-in to really mess with the sound of the demo and make it essentially a big washy wave. We then just kept adding stuff to it electronically. Ali found this speech previously on Youtube about America’s obsession with the apocalypse and nuclear war. I threw that speech into the song, messed with the sound of the speaker’s voice, added electronic drums and guitar, and we had our track.

‘Rager’ is one of the earliest tracks we wrote on the LP. Its sound and energy were heavily inspired by how ‘Ghost’ came about in the studio and Cormac McCarthy’s novel “The Road”. I (Ali) wanted to embody a dessert-like, end of the world landscape in the sound of the track and also in the lyrics. The song is a call to wake up from our daily lives and realize that there are things we can and should be doing to ensure a brighter future, or rather we are able to have any future at all.

‘L’ started as a demo with a much faster tempo until Dylan had the idea to slow it down and change the key. The lyrics in this song display a common approach to love that is followed mostly by the younger generations of today, one where sex is scarily available with just a few taps on your phone and it’s cooler not to give a shit than to actually be vulnerable. I (Ali) wanted to draw out the fashionable idea that love shouldn’t be fragile or imperfect to the surface so that listeners can reflect on those ideals and how it might apply to their own life or maybe a friend’s.

‘Dream. Sleep.’ was inspired by an actual dream I (Ali) had during a mentally difficult period of months. During my junior year of college, Jake and I travelled to Brooklyn almost every single weekend for about 3 months to record at Hook & Fade with Dylan so it was difficult to balance writing and recording a record while trying to keep up with my school work. One day Jake and I were jamming at our apartment and the song just came out so we immediately started making a demo. We stayed up all night writing the song and once we felt we had all of our ideas recorded we sent it to Dylan, who confirmed that the track had great potential. It was the fastest we’ve ever written and finished a song idea to date.

If Only (You Said No)

This is the oldest song on the album. It started out as a demo we released on Soundcloud with just acoustic guitar and vocals. Once we started recording ‘What Happens After’, we decided to add this song to the tracklist. We added a wide variety of synths, drum machines, and samples until we felt like the track fit with the other songs we had already recorded.

This song started off similarly to ‘Better Now’. It was a total slow fuzzed-out thing, sort of inspired by My Bloody Valentine’s “Sometimes”. But we once again realized it sounded cooler sped up, turning it into more of a bright jangle-pop tune. This influenced the lyrics to be a bit more of a love/heartache song. It really brings you into a colorful sparkly mindset.

Blue Beach is another older song of ours off the album. This song was totally rejuvenated by a different producer, Scoops Dardaris who we worked with later on in the process. He helped us solidify a handful of tracks on the LP, but really took a liking to ‘Blue Beach’. He brought a lot of essential and artistic elements to the track including the string arrangement that enters towards the end half of the song. The lyrics for this one describe a person who cannot accept and love themselves properly while trying to love and be with someone else.

This track started out with Scoops’ string arrangement for Blue Beach that Ali played on violin. Scoops slowed down all the violin tracks by half speed and we all thought it sounded crazy. We were doing final vocals at Headroom Studios in Philly. We all totally last minute had Joe play drums and Ali wrote words for it in a matter of minutes. It was this really funny fast-paced process where we all seemed to know exactly what we wanted to do. 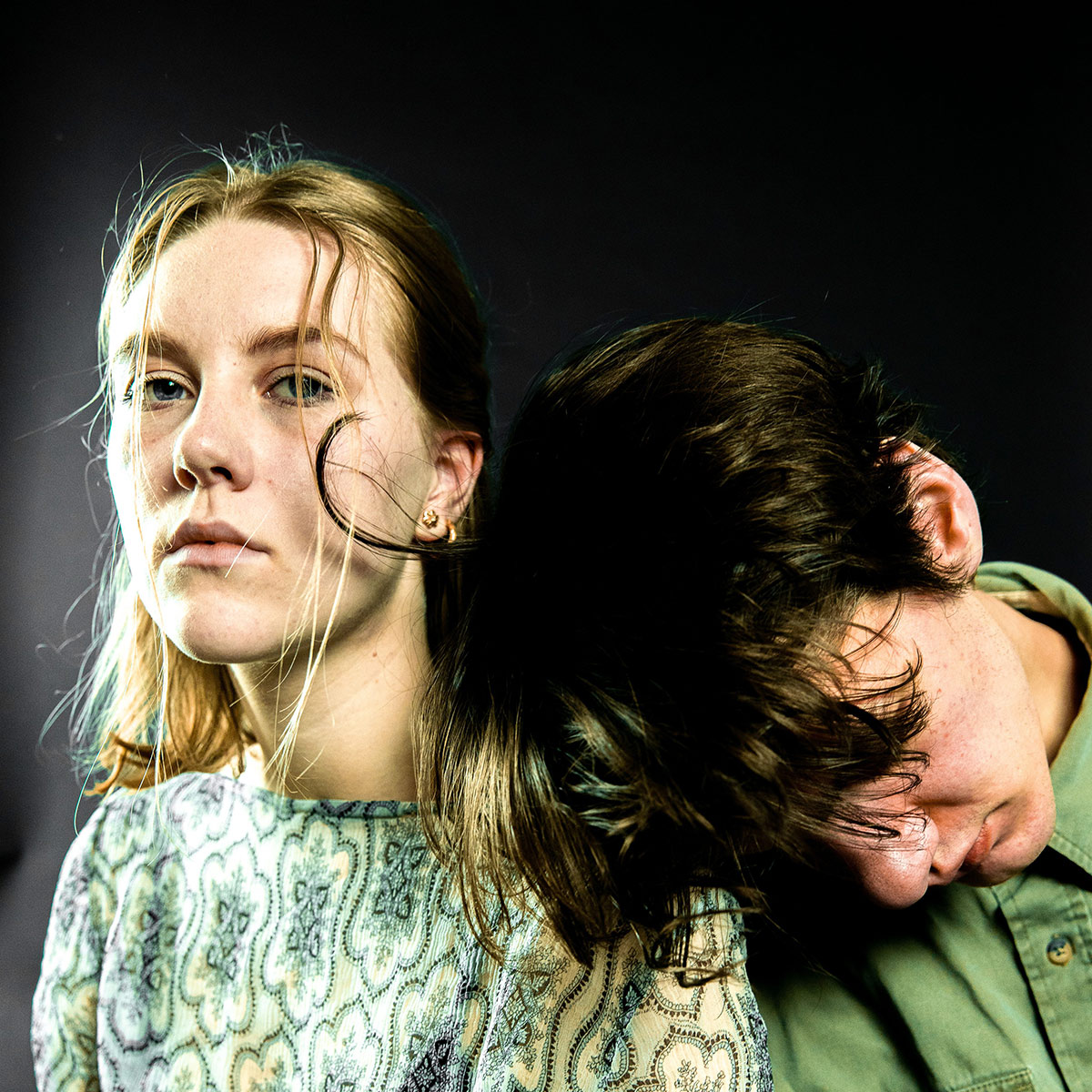