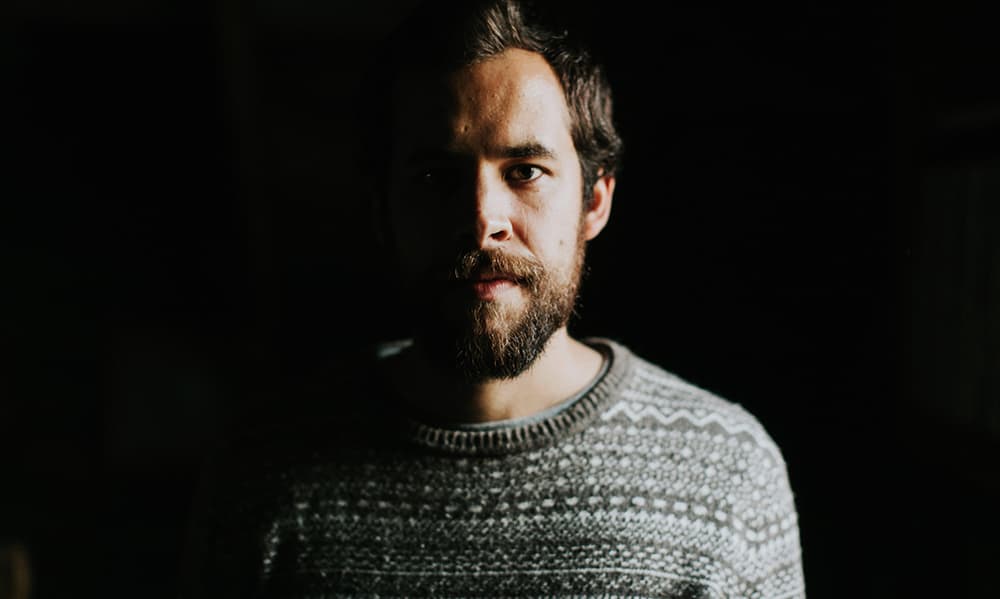 Max Garcia Conover is a songwriter & one-man band based in Maine. He grew up in New York and started writing songs while making his living as a busker in San Juan, Puerto Rico in 2007. Since then, he’s since put out new music at a furious pace while touring the US, Canada, Ireland, and Spain. In 2015, Conover came up with the ambitious idea to write one song a week for a year. He bought an old motorhome, put his guitar and a notebook in it and travelled around the US with his wife and their dog. The ambitious plan turned out to be a realistic one: every week a new song was scribbled in the notebook. By mid-2016, Conover had written more than sixty songs. The motorhome didn’t make it as long and he had to find other ways to travel. One of his journeys led him to Barcelona (Spain), where he played a show and ended up signing a record deal with a handshake and a toast to new friendship. Twelve of his new songs were taken off the road and recorded in the quiet of his home in Bath (Maine) this past winter. This new album is the just-released Motorhome.

“”Motorhome” is an autobiographical album about longing — for revelation, for a place to call home on our own terms, for work that is worthy of our desire, for love,” explained Conover. “It’s got car crashes and fireworks and runaways and roadkill and drunk teenagers riding through moonlit fields on the backs of wild animals. This is the first record where I did almost all the recording and mixing on my own and I was obsessive about it. I wanted to wring out each moment. I wanted to turn my body into sound.”

And that he does. Self Portrait Pt. 1 is just one of the many charming folk songs on the album. There are innocent, tender moments like when he regales us with lines like, “I was a socialist and a shy little dude/ I was playing Tupac in a Subaru/ And I married the first girl I ever loved,” but then remembers that he’s not smooth nor tough, but thought he was. We all thought we were. Some of us still may. Further gems include being a poet on AIM (or MSN Messanger for some of us) and placing Kerouac quotes in our name (or Bright Eyes for some of us). At the end of the day, Conover is defeated by life. No future. No hope.

Nostalgic and sincere, listen to the Max Garcia Conover’s wonderfully sweet Self Portrait Pt. 1 followed by the entirety of Motorhome. Each single is beautiful and deserves its own feature.