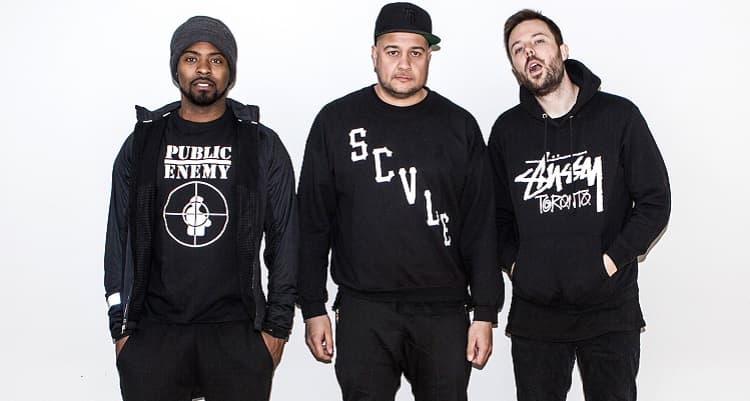 Toronto based trio Keys N Krates have released a video for U Already Know, one of the tracks off their Midnite Mass EP.

In the video, a group of free spirited young adults hang out in a remote cabin painting their faces and drinking what appears to be psychedelic tea, leading to a bonfire ritual. Meanwhile, a recon police force closes in on them and things end quite ominously. Directors Adam Beck and Paul Johnston explained, “the video portrays a seemingly innocent commune of young eccentrics living in the outskirts of society. As the fateful narrative unfolds, Keys N Krates take you on a metaphysical journey that transpires when spiritual existence meets real life opposition.” Watch the video below and catch them on March 25th in Toronto at the Danforth Music Hall.