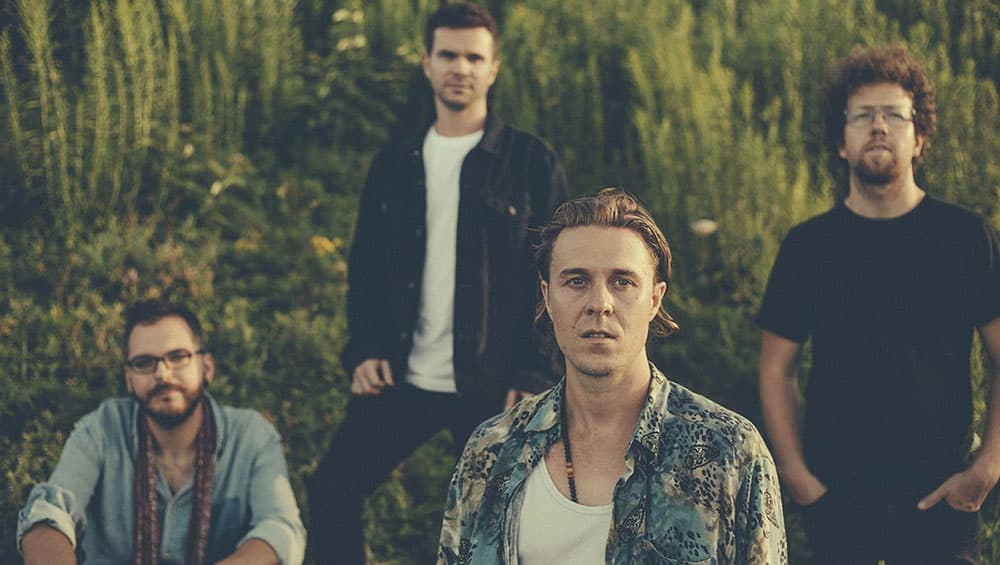 After their successful debut album, This Is How I Let You Down, Montreal-based alt-folk outfit The Franklin Electric have just released their highly anticipated sophomore album, Blue Ceilings, along with a video for Someone Just Like You.

While in Melbourne, frontman John Matte let himself unchained in an alley in Melbourne and a spontaneous and cathartic video was born. Matte further explained the video and his state of mind:

“After a very strange hot hazy emotional 24 hours with barely any sleep, I found myself in a Melbourne alley with a friend who happened to have his camera on him. My mind was racing, I was honestly completely broken hearted from a relationship that had just ended and he wanted to film something. With no concept in sight I just decided to dance, trying to free my body from the feelings and turbulent thoughts. I’m not a dancer at all but I found myself pulling off my own interpretations of old break-dance steps and freestyle like a maniac, It felt great and he captured the moment on camera”

Watch the Dominic Hook directed video below and catch the rising artists at the Mod Club this Friday.